Today we celebrate the most overwhelming event in human history, an event that gives all of us new hope. When we usually speak of hope, it refers to waiting for something to happen. But Easter hope is based on something that has already happened: the Lord has risen and reigns immortal. “Christ my hope is arisen,” we sang in the Easter Sequence. This is the spiritual joy of Easter.

More photos from the Easter Mass

We don’t know if Mary Magdalene had hope when she went to the tomb early on the first day of the week. The Gospel tells us that she came to the tomb “while it was still dark.” Mary Magdalene had stood by the cross when Jesus was crucified. Perhaps she went to the tomb to mourn. It doesn’t seem she had hope that Jesus would rise from the dead since, when she saw the stone rolled away and the tomb empty, she presumed grave robbers had taken Jesus’ body. That’s what it seems she thought since when she ran to Simon Peter and the disciple whom Jesus loved, she told them: “They have taken the Lord from the tomb, and we don’t know where they put him.” Perhaps St. John gives us the detail that Mary Magdalene “went to the tomb in the dark” to indicate that she was still in the dark about what had happened. The predawn darkness symbolizes her own sadness and loss of hope since the Lord whom she loved had died. 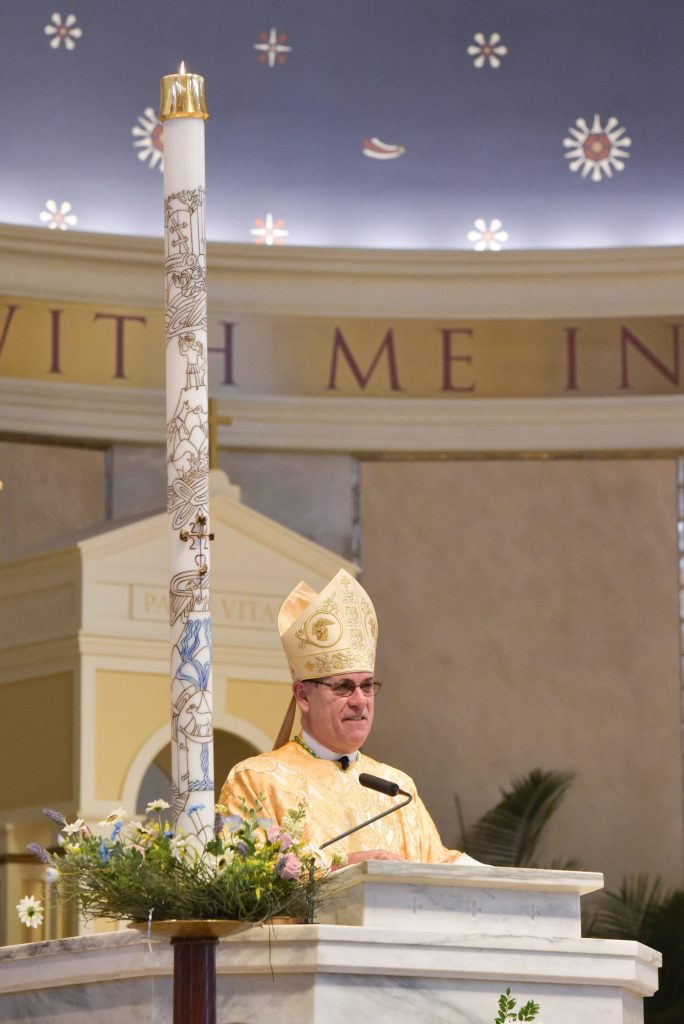 Informed by Mary Magdalene, Peter and John ran to the tomb to investigate. Were they thinking that Jesus had risen from the dead? It seems not, since at the end of today’s Gospel, it says that “they did not yet understand the Scripture that he had to rise from the dead.” In any event, John ran faster than Peter and arrived at the tomb first. He looked into the tomb and saw the burial cloths but did not enter. He waited for Peter to arrive, perhaps deferring to him as the leader of the disciples. John let Peter go in first and then he followed him into the tomb. Both saw the burial cloths lying on the shelf where the body of Jesus had been laid. It would have been strange for grave robbers to unwrap Jesus’ body before taking it away. Peter and John also saw the cloth that had covered Jesus’ head rolled up in a separate place. It would also have been very strange for robbers to take the trouble to leave the head cloth neatly rolled up and place it apart from the other cloths. These are interesting details. Something unprecedented had happened to Jesus.

The evangelist John had previously written about the raising of Lazarus from the tomb. Remember when Jesus called Lazarus from the tomb, Lazarus came out, tied hand and foot with burial bands, and his face was wrapped in a cloth, and Jesus gave the order to unwrap him. But Jesus, who is not in the tomb, is not bound by the burial cloths or face cloth, nor did He need anyone to untie Him. Something radically different had happened to Jesus. Whereas Lazarus was resuscitated to mortal life and would die again, Jesus’ resurrection was not resuscitation, but was God’s raising and transforming Him to an immortal, glorified mode of existence. Death no longer has power over Him. 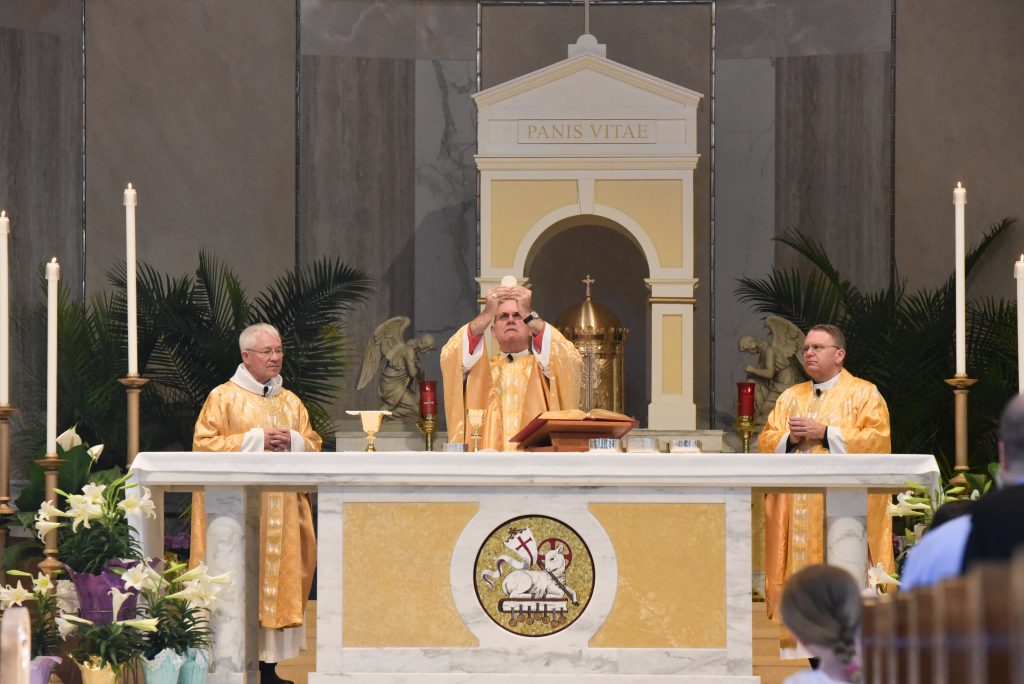 The best explanation I ever read of what took place in Jesus’ resurrection is from Pope Benedict XVI. He wrote: “Jesus’ Resurrection was about breaking out into an entirely new form of life, into a life that is no longer subject to the law of dying and becoming, but lies beyond it – a life that opens up a new dimension of human existence.” A theologian and scientist whom I know wrote about this as well. He wrote: “From the perspective of physics, the Resurrection is the elevation of matter to a new way of existing beyond what is possible in the normal state of the universe. From the perspective of biology, the man Jesus belongs totally to the sphere of the divine and eternal. Now ‘in’ God there is a place for bodiliness, which means that human beings now have a ‘place’ in God’s life.”

Brothers and sisters, this is our hope: to have this “place” in God’s life, to be raised from the dead. This is what we profess in the Creed: “I believe in the resurrection of the body and life everlasting.” Of course, when we speak about the resurrection, we’re speaking about something new, something unprecedented, something outside the world of our experience. It’s not something that contradicts science since it is something beyond science. Pope Benedict speaks of this new dimension of human existence and asks: “Is not creation actually waiting for this last and highest evolutionary leap, for the union of the finite with the infinite, for the union of man and God, for the conquest of death?”

The tomb was empty. This was the first sign that Jesus had risen from the dead. It was the only sign that St. John needed. As we heard in the Gospel, when the beloved disciple entered the tomb, “he saw and believed.” Mary Magdalene, Peter, and the others only believed after they actually saw the Risen Lord. We believe based on their testimony. We believe that death does not have the last word. We believe in God’s immense love for us, a love that is stronger than death. We believe that Christ who is risen from the dead will raise us up, that “He will change our lowly body to be like His glorious body.” In a certain way, we have already risen with Christ by baptism. Already, we have a foretaste of heaven in the Eucharist in which we are nourished with the flesh of the Risen Christ, what St. Ignatius of Antioch called “the medicine of immortality, the antidote for death, and the food that makes us live forever in Jesus Christ.”

My brothers and sisters, Christ our Lord has truly risen from the dead. This is the fundamental core of our profession of faith. This is the cry of victory that unites us all today. Easter is the reason for our joy, our hope, and our peace as Christians. May we bear witness to this joy, this hope, and this peace in a world that is clamoring for it!