A 5.1-magnitude earthquake originating near Sparta was felt in Charlotte a little after 8 a.m. Sunday — just as parishioners at St. Gabriel Church were listening to the first reading of Sunday’s Mass: “At the mountain of God, Horeb, Elijah came to a cave where he took shelter. Then the Lord said to him, ‘Go outside and stand on the mountain before the Lord; the Lord will be passing by.’ A strong and heavy wind was rending the mountains and crushing rocks before the Lord — but the Lord was not in the wind.

St. Gabriel’s pastor, Father Richard Sutter, texted the Catholic News Herald, Charlotte’s diocesan newspaper, to say that they felt the earthquake during the 8 a.m. outdoor Mass, just as the lector was reading the words, “After the wind there was an earthquake — but the Lord was not in the earthquake.”

According to the U.S. Geological Survey, the Aug. 9 earthquake occurred about 2.5 miles southeast of Sparta, and had been “preceded by at least four small foreshocks” that had started about 25 hours earlier.

The pastor of the Catholic mission in Sparta, Father Cory Catron, said everything was well and no damage is apparent.

“Made for good homily material, though,” he said.

Father Catron said he had felt some of the foreshocks in the area earlier, too. 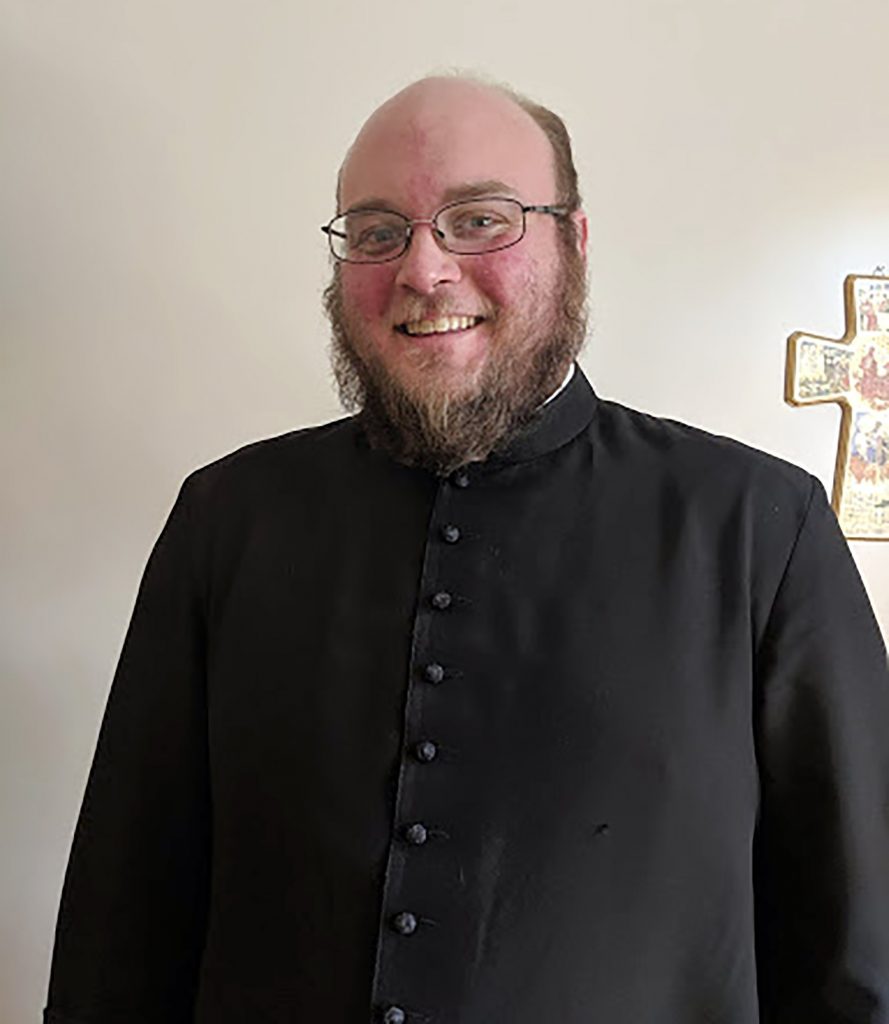 Father Cory Catron, pastor of St. Frances of Rome Catholic Mission in Sparta, N.C., is seen in this 2020 photo. Father Catron said his church suffered no damage from the 5.1-magnitude earthquake that was centered near Sparta Aug. 9, 2020. (CNS photo/courtesy Diocese of Charlotte)

In his homily, he joked about being worried that the next thing to happen would be fire — a pastor’s nightmare — but he also used the opportunity to remind people that God is constantly present in our lives, and we must not be distracted by the noise and problems of the world around us, but listen for His voice in the stillness.

“God is found in the silence,” Father Catron said, and he encouraged people to pray.

The quake also came at a poignant moment for parishioners at St. Mark Church in Huntersville: the sign of peace.

Father Melchesideck Yumo was saying the 7:30 a.m. Mass, where he had just given a homily on finding God’s peace amid the storms of life: “There are a lot of storms on this journey, like the present pandemic and all of the strange happenings around the world. What do we do amidst these storms? We can follow the example of Peter, and pray, ‘Lord, save me.’ We pray to God because He is in control of everything in heaven and on earth. Jesus walked on the water today in the Gospel to show that everything is under His feet. Our faith should help to dispel every fear. For Jesus says, ‘Take courage. It is I. Do not be afraid.’” 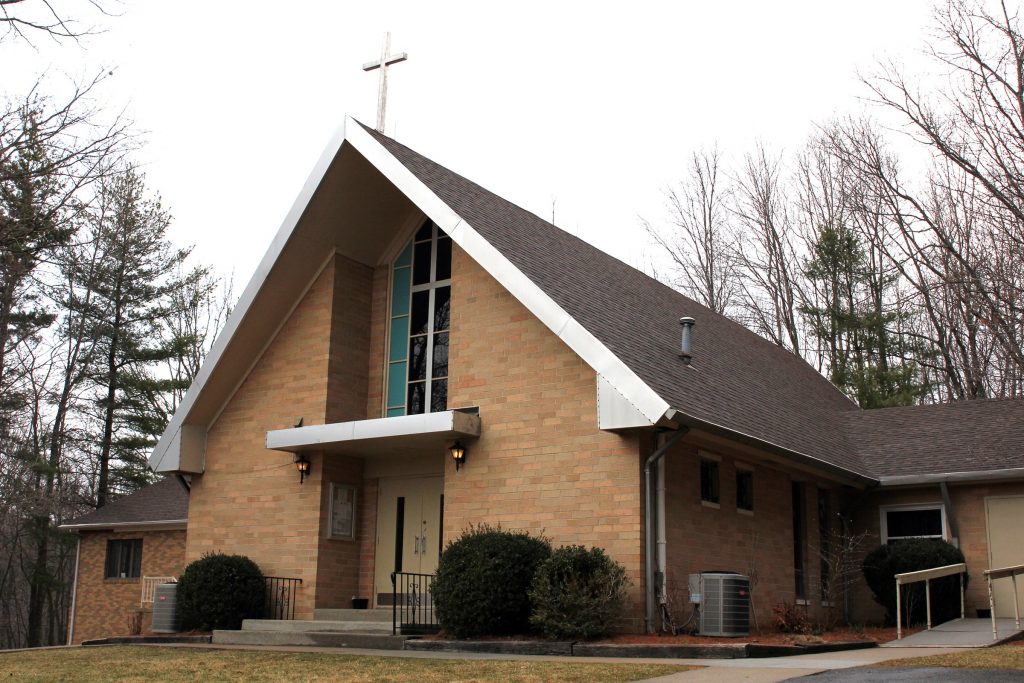 St. Frances of Rome Catholic Mission in Sparta, N.C., is seen in this 2015 file photo. Father Cory Catron, pastor of the mission, said his church suffered no damage from the 5.1-magnitude earthquake that was centered near Sparta Aug. 9, 2020. (CNS photo/courtesy Diocese of Charlotte)

Video from the church’s livestream camera showed very slight shaking and a couple of parishioners looking around in a reaction of curiosity, just as Father Yumo says, “The peace of the Lord be with you always.”

The Sparta quake was felt as far south as Atlanta and as far north as Virginia, according to the USGS.

The USGS notes that “large earthquakes are relatively uncommon in the region,” although “moderately damaging earthquakes strike the inland Carolinas every few decades, and smaller earthquakes are felt about once each year or two.”

The last similar magnitude earthquake in the area occurred in 1916, a 5.2-magnitude quake in the Great Smoky Mountains, according to the USGS.

Guilfoyle is editor of the Catholic News Herald, newspaper of the Diocese of Charlotte