Dreamer says being DACA recipient is her
motivation to run, raise money

LITTLE ROCK, Ark. (CNS) — Erika Nava will not slow down. Whether she’s running for a cause or gathering young adults for Catholic fellowship, her work all goes back to faith. 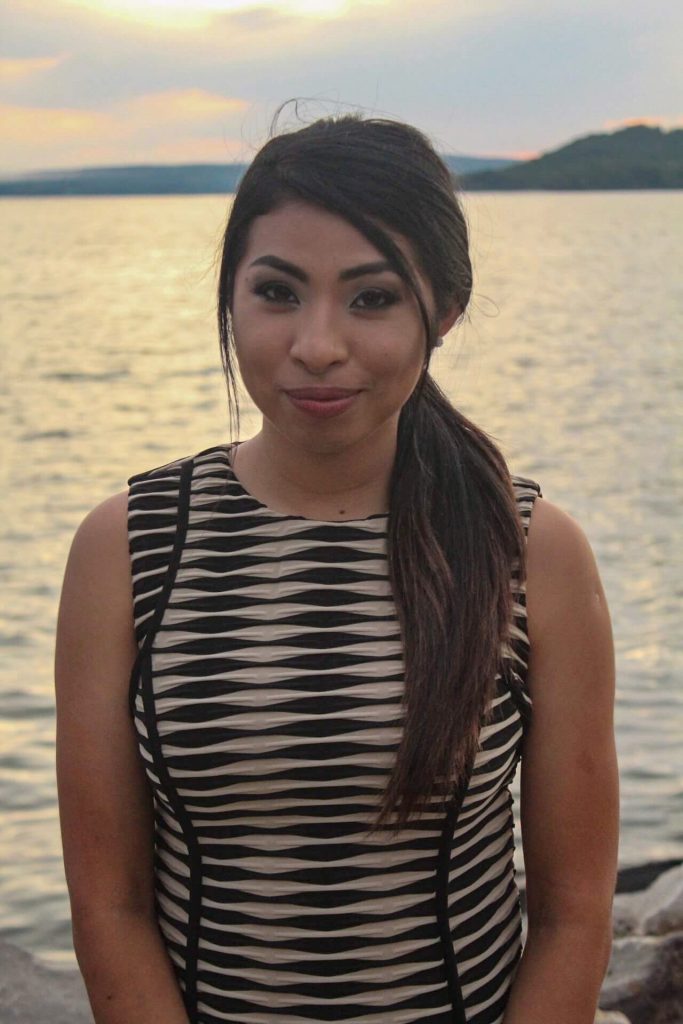 Erika Nava of Russellville, Ark., pictured in an undated photo, is a competitive runner who also organizes runs as fundraisers. She said being a beneficiary of the Deferred Action for Childhood Arrivals program, or DACA, is the source of her motivation. Nava, 24, came to the United States from Guerrero, Mexico, at the end of 2000. (CNS photo/Arkansas Catholic photo courtesy of Erika Nava)

Raised in Russellville, Nava, 24, came to the United States from Guerrero, Mexico, at the end of 2000. She felt like “a little ghost; it was tough,” sitting in an English-speaking classroom, not yet knowing the language. Nava is in her junior year at Arkansas Tech University in Russellville, studying early childhood education to become a teacher of English as a Second Language, or ESL.

“I know how hard it is to learn the English language. I’m trying to teach those little kids not to go through the same struggle I did,” Nava told the Arkansas Catholic, newspaper of the Diocese of Little Rock.

Nava said being a Deferred Action for Childhood Arrivals, or DACA, recipient is motivation. She was approved recently for two more years under DACA.

“I feel like even though the world is all messed up right now and they don’t want us here, we should prove them wrong,” she said.

At St. Augustine Church in Dardanelle, she helped start the Hispanic young adult group, River Valley Millennials, this year. Adults from area parishes meet every Friday for dinner and to discuss fundraising.

“All the money we collect is going to go to scholarships for Hispanics to go to school,” she said. The group recently won third place and $250 in a contest organized as part of the U.S. Catholic Church’s fifth national Encuentro, or “V Encuentro.” Winners of the contest, the Nuestra Alegria Viral Video Challenge, were announced in July.

Twenty-two groups of young Hispanic/Latino Catholics across the nation submitted entries for the viral video challenge representing 11 of the 14 episcopal regions in the United States and spanning 16 states.

Entrants were invited to create their own movements and gestures to accompany the official youth and young adult song, “Nuestra Alegria,” for the national Encuentro, to be held next year in Texas.

Last year, Nava coordinated the Dardanelle parish’s annual 5K to raise money for a playground and collected about $17,000. She has competed in about 30 races, including marathons and 10Ks.

“God gave me the gift of running so I want to use my talents to help others,” she said.

Asked her favorite prayer, she said: “I have a morning prayer. I usually just make up my own. I just say, ‘Dear God thank You for everything You’ve given me, protect me from evil, let me love like You love and let me reflect Your love to others, Amen.’”

Hanson is associate editor of the Arkansas Catholic, newspaper of the Diocese of Little Rock.