For ‘Dreamers,’ U.S. is the only home they know

By Ruby Thomas and Jessica Able

SPRINGFIELD, Ky. (CNS) — In response to Pope Francis’ call for Catholics to “Share the Journey” of their lives with one another under a two-year program introduced in September, the following stories relate the experiences and hopes of young Catholic immigrants who worship at St. Dominic Church in Springfield, Kentucky.

For now, they are protected by the Deferred Action for Childhood Arrivals, or DACA, program but that program is set to end in March unless Congress passes the Development, Relief and Education for Alien Minors Act, or DREAM Act.

Yuliana Ortega, 15, is a student at Washington County High School. Ortega came to the U.S. from Jalisco, Mexico, when she was just a year old.

Ortega said she fears having to leave her friends and family in Springfield once the DACA program ends.

“I don’t know anything about Mexico. I don’t know where I would go to,” she told The Record, newspaper of the Archdiocese of Louisville.

Ortega, who juggles school and work at the restaurant her family manages, said she wished she wasn’t judged because of her race. Following high school, she hopes to work one day as an interpreter.

“We have goals and things in our lives we want to reach,” she said. 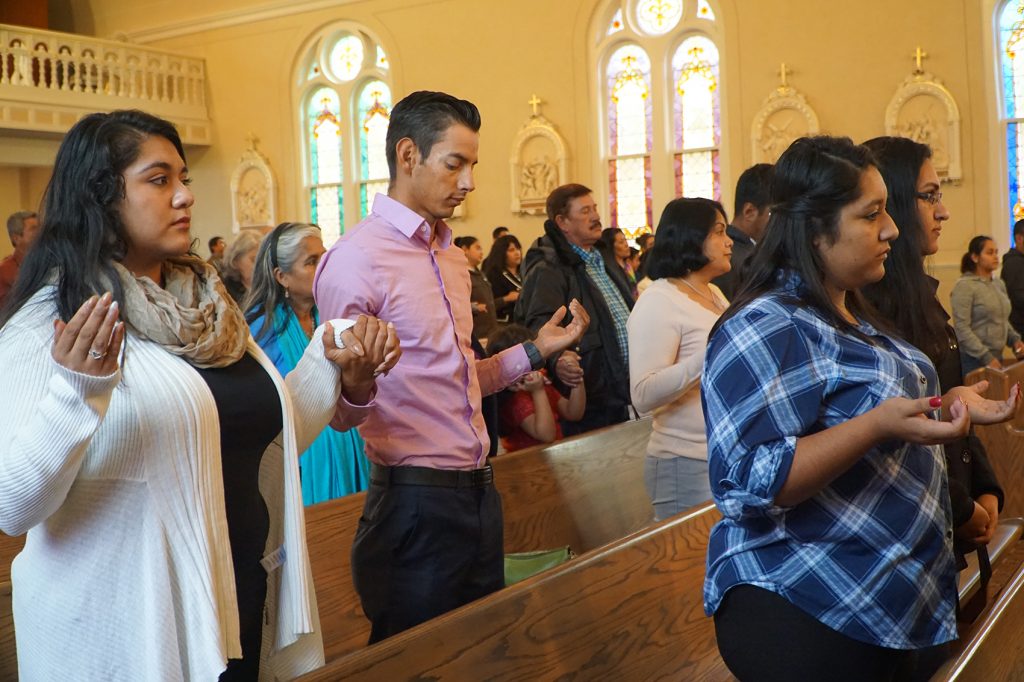 Wendy Hernandez, 21, is an English-language tutor for Washington County Schools. Hernandez came to the U.S. when she was 6 years old with her mother and two siblings. She said her mother fled Cuernavaca, Mexico, to escape physical abuse.

She considers the U.S., and Springfield, in particular, her home.

Since Hernandez learned of President Donald Trump’s decision to cancel DACA, she has found her future to be uncertain.

“It’s kind of scary because I don’t know what is going to happen,” she said. “My career, everything, is in their (lawmakers) hands.”

“We don’t get all the benefits everyone believes we do. We have to work harder than others to be able to go to school or to get a job sometimes,” she explained.

She said she worries about being forced to return to a country she does not know. If she could speak to legislators, she would tell them to “get to know us.”

“Get to know a little about us and see how we are trying to help our community. We have ambition and goals in our life for our future.”

Carlos Guzman, 26, is owner and operator of Longview Roofing in Lebanon, Kentucky. Guzman, said ending the DACA program would have a devastating ripple effect in his life.

Not only would he be taken away from his home, family and faith community, but he would be stripped of his livelihood, a business he has worked hard to build, he said.

“I think a lot of people don’t realize we work hard to have a better future. We try our best to contribute to this country. We pay our taxes, we create jobs and we contribute to the economy,” he said.

Guzman, who was brought to the U.S. from Sonora, Mexico, at 14, said people should not judge each other solely based on what others are saying.

“I’m sure every parent wants a better future for their children. Some may think it was probably wrong (for our parents) bringing us here, but what would you do for your child?” he said.

Guzman’s parents decided to bring him and his three brothers to the U.S. to avoid the constant violence they faced.

“It’s a big sacrifice because they left behind their parents and family. When family members die, it’s hard for them not being able to go back,” he said.

Dora Lozano, 18, is a student at Elizabethtown Technical and Community College, where she is studying Spanish and special education. Lozano said she has no memories of her native Mexico City, which she left with her family for the U.S. when she was 3 years old.

“I’m scared to lose everything. This is all I know,” she said.

If given the opportunity, Lozano said, she would ask legislators to try to understand the situation from her point of view.

“We didn’t come here to harm anyone; we came here to have a better life. This program (DACA) helps us to reach our goals. We don’t want it to be taken away.”

Juan Saucedo, 16, is a junior at Washington County High School and wants to become a diesel mechanic. He came to the U.S. from Aguascalientes, Mexico, when he was 4 years old.

Saucedo applied for DACA status earlier in 2017 and was in the application process when the Trump administration announced the end of the program. He is unsure of the status of his application.

“Our future is in their hands, but there’s nothing we can do,” the teen said. “We have goals like everyone else. Just because we’re Hispanic or a different race doesn’t mean we don’t have goals.”

Manuel Hernandez, 25, is a senior at Eastern Kentucky University where he is studying computer networking and security. He came to the U.S. with his two siblings, including sister Wendy, and their mother, when he was 13 years old.

Hernandez said he and other DACA youth contribute “to this country in many ways.”

He said it’s difficult to fight against a narrative that depicts immigrants as ones who take jobs from others and demeans them.

“We’re not just a stereotype. We don’t steal jobs. We’re not criminals. We’re trying to contribute as much as possible.”

Thomas and Able are on the staff of The Record, newspaper of the Archdiocese of Louisville.

When the Trump Administration last September rescinded the Obama Administration’s executive order protecting undocumented young people who had been brought to this country as children, the president gave Congress six months to pass the Development, Relief and Education for Alien Minors Act, or DREAM Act. Congress now has just over two months left to decide on the fate of 800,000 young people, many of whom have spent most of their lives in the U.S. Provided courtesy of Catholic News Service and the USCCB’s Department of Communications, this and similar articles in Today’s Catholic will focus on those impacted by any legislative relief, or lack thereof, concerning their status in this country.