It may seem like many people today have forgotten the sacramental origins of marriage. Concurrently, the priesthood suffers regular attacks from modern culture and the media.

Despite these hardships, however, the children of two Fort Wayne families stand firm — defiant of a society hostile to both vocations.

This year, the Koehl and Parrish families will witness two of their adult children, Joshua Koehl and Karena Parrish, give themselves to each other in marriage. In the coming years, both also hope to see sons Daniel Koehl and Logan Parrish ordained to the priesthood.

“Having two sons prepare for sacraments at the same time is keeping us busy,” said Andrea Koehl, mother to Joshua and Daniel. “But we are looking forward to the celebrations. For Josh and Karena’s wedding, we are so fortunate to have friendship and comradery with Bill and Mary Jo [Parrish]. And since our son Dan has recently been ordained a deacon, he will be able to officiate the sacrament of matrimony for Josh and Karena.” 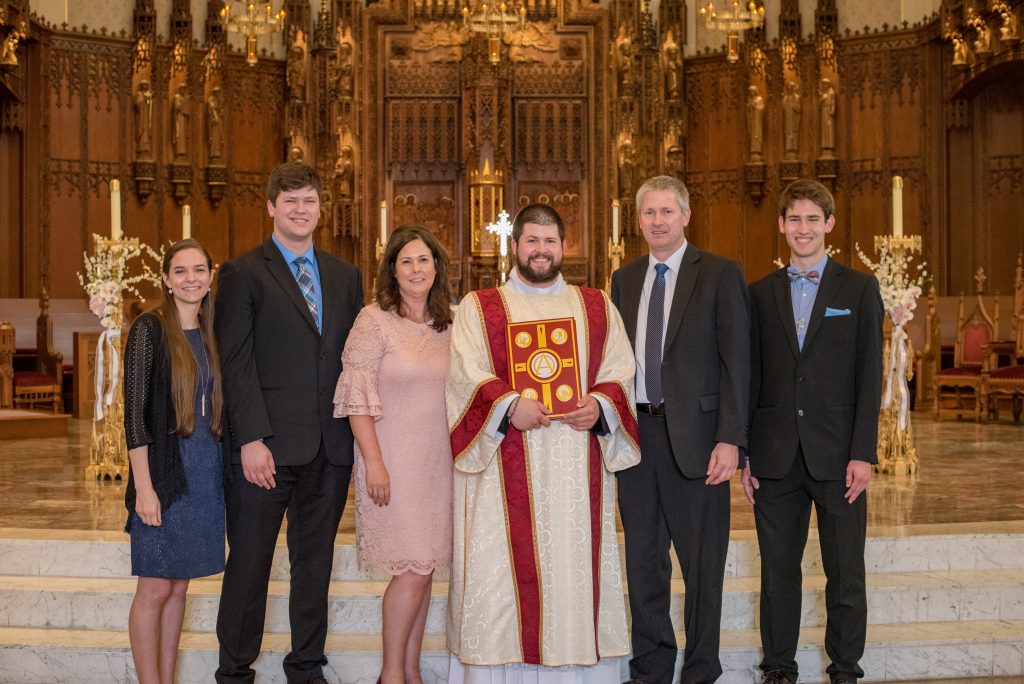 Andrea and Patrick Koehl of Fort Wayne celebrate with their son, Deacon Daniel Koehl, his ordination to the diaconate May 18 at the Cathedral of the Immaculate Conception, Fort Wayne. Daniel’s brother Joshua, and his fiancee Karena Parrish, both at left, will enter into the sacrament of marriage in August. At right is Andrea and Patrick’s youngest son, Thomas. — Nate Proulx

Patrick Koehl, patriarch of the family, continued. “The way all three of them have approached their vocation has been impressive and has taught me a lot. With Dan going to seminary, I have learned a great deal about my own faith, learning things I probably should have learned many decades ago. It’s never too late to learn.” Patrick also mentioned that the youngest of the three Koehl siblings, Thomas, will assume the role of “best man” for his older brother at the wedding in August.

With Deacon Daniel and Joshua discerning their vocations, the Catholic values of the Koehl household sit a little more publicly than usual.

“The really great thing about our family dynamic is that we are close-knit,” said Andrea. “When the boys were young, we tried to have dinner together every night and let the conversation unfold. I just remember enjoying this time with them very much and I can’t express how important it is to listen to what your children have to say.” 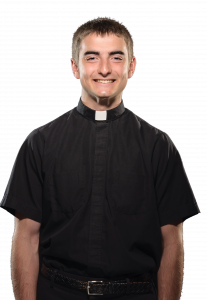 “I talk a great deal to all our kids about their prayer life, and the two things I tell them to pray for are their future spouse and their future vocation,” said Mary Jo Parrish, mother of Karena and Logan. “Our Lord will never lead us to anything except that which brings us the greatest peace and joy. So, when raising children, it’s important to teach them to listen to God’s call. This means we must pray with them and for them.”

She continued with a striking metaphor. “My husband and I envision our children with us within a castle. The enemy is trying to get to our kids. We work on keeping our walls strong: checking phones, putting passwords on Netflix, calling houses to confirm parent supervision and other efforts to protect them as much as we can. But we know that we can’t prevent every attack. Our castle not only needs strong walls, but a team of archers to prevent the evil from even getting close to the walls.

“Our archery is our prayer for our children. Every Hail Mary is an arrow shot directly into a demon and heaven rejoices in each defeat.”

Both families have prepared their children since birth for their someday vocations to which God would call them: Now, the time has come to fulfill them.

“I especially hope to help Josh and Karena with their children someday,” said Andrea. “I’m looking forward to being a grandma and spoiling them. As for Dan, I plan to keep his room for him so that no matter where Bishop Rhoades assigns him in the diocese, he can always come home, if he chooses, on his day off. And of course I can’t wait to attend a Mass being said by my son. What a blessing that will be!

“Both of the vocations will involve self-sacrifice, patience and love. They’ll have to give of themselves to their spouse; Josh to his future wife, Karena, and Dan to his future spouse, the Church,” she continued. “But we do chuckle when we think that with these sacraments, each boy is gaining a ‘parish’!”

“In reality, I would guess that the way we raised them was not much different than many people raise their own kids,” Patrick added. “I do know that we’ve tried to keep them thinking about God and neighbor, and not with a focus on money and worldly success.”

He ended with a touch of gratitude. “My boys are just more gifts from God that I certainly never deserved or earned.”

For now, Andrea said, she and her husband will continue to do what every good parent does: “support them as much as you can, make them a lot of good food and pray for them.”