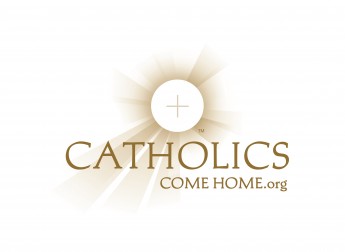 FORT WAYNE — Bishop Kevin C. Rhoades has announced that the Diocese of Fort Wayne-South Bend is partnering with Catholics Come Home to launch a media campaign this winter inviting inactive or under-active Catholics to “come home” to the Catholic Church.

“Beginning this coming Dec. 17, television viewers in the Fort Wayne and South Bend area markets will be encouraged to take another look at the Catholic Church,” said Natalie Kohrman, director of the Office of Evangelization and Spiritual Development for the diocese. “Several different spots inviting those who have been away from the Catholic Church to “come home” will air through the end of January 2012,” she said.

“These media resources already have helped to invite hundreds of thousands of lapsed Catholics and converts home to the Catholic Church, and encourage practicing Catholics to go deeper in their understanding and practice of the Catholic faith,” she added.

Tom Peterson, the organization’s founder, said the campaign’s “inspiring messages” are an invitation to Catholic neighbors, relatives and co-workers to come “to the largest family reunion in modern history.”

The ads — airing in prime time on broadcast and cable channels — focus on the richness and history of the Catholic Church and highlight Catholic traditions of prayer, education and help for the poor.

“If you’ve been away, come home to your parish, and visit Catholicscomehome.org today” is part of the ad’s message scheduled to air more than 400 times starting before Christmas and going through the feast of the Epiphany.

Since they began their media campaigns in 2008, Catholics Come Home officials say Mass attendance has increased 10 percent in the markets where the ads have shown and 300,000 people have come back to the Church.

In its announcement, the organization highlighted the number of Catholics who do not attend Mass, citing a recent study by the Center for Applied Research in the Apostolate at Georgetown University that said only 33 percent of U.S. Catholics attend weekly Mass, or put another way, 42.7 million Catholics, or two-thirds, do not attend Sunday Mass.

Other statistics cited included how many hours per week the average American is “consuming media” particularly via TV and the Internet (38 hours); and how many Americans now describe themselves as nonreligious/secular (13.2 percent of the total population, up 110 percent from 1990 to 2000).