For more than a hundred years, the Diocese of Fort Wayne-South Bend has maintained a Catholic, diocesan-operated cemetery; but until a few years ago, there has not been a funeral home with a coordinating mission. Divine Mercy Funeral Home officially opened its doors in 2017 and recently aided their 1,000th family with funeral preparations.

What is truly unique about Divine Mercy is its status as one of only five diocesan-operated funeral homes in the country, and the only one east of the Mississippi River. 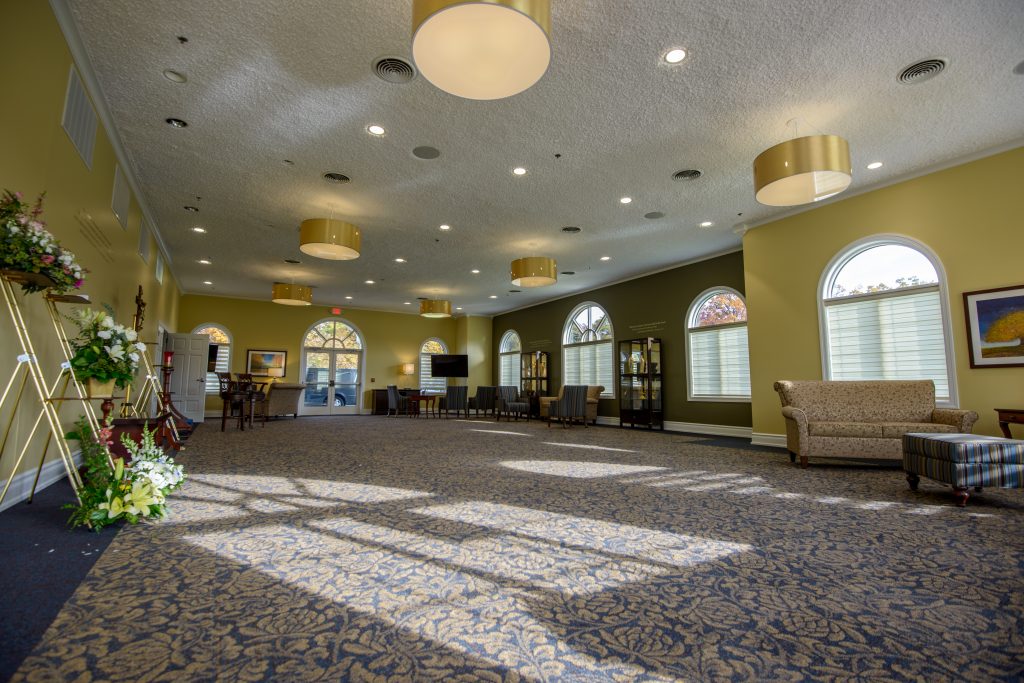 Since the Catholic Church supports education for young people, hospitals for the ill and a nursing home for the elderly, Miller said it simply made sense to have a funeral home on the grounds of the diocesan cemetery.

He sees the mission of Divine Mercy as filling the corporal work of mercy to bury the dead. It does this not only for Catholics, but for anyone seeking to make funeral plans.

Many minds came together in making the funeral home a reality, though Miller pointed toward Bishop Kevin C. Rhoades as the driving force behind it. “I commend Bishop Rhoades because without his approval and his tenacity, if you will, in making Divine Mercy come to fruition, this never would have happened.”

Through a contact in Indianapolis, Miller and board members were able to speak with other funeral center directors to discover both the good and challenging aspects of their diocesan funeral homes and to learn from them. That helped William Carr of Grinsfelder Associates Architects design the roughly 14,000 square foot building, keeping the Catholic mission forefront in the design.

Bishop Rhoades chose the names for the funeral home’s two visitation rooms – St. Faustina Kowalska and St. John Paul II – and Father Daniel Scheidt, with help from Father Thomas Shoemaker and Father Mark Gurtner, chose Scripture passages for the walls. The mosaic image of the Divine Mercy was created by Christopher Botti, an Italian artist, and shipped in 1-foot by 1-foot squares to be reconstructed on the wall in the entranceway. It’s the first thing most visitors see when they enter the building.

Catholic Cemetery was consecrated in 1873, though some of the graves date back even earlier because people who had been buried on the grounds of nearby Cathedral Square were moved when expansions of the Cathedral of the Immaculate Conception required more space. Miller stated, “To make accommodations for the cathedral, this tract of land was purchased, and those bodies that were buried at the cathedral were moved here, along with the tombstones. This, then formally established the Catholic cemetery.”

The oldest part of the cemetery is the inner circle near the altar. The Resurrection Mausoleum, the cemetery’s first chapel mausoleum, was completed in 1919 and is maintained in the same perfect condition as it was a hundred years ago.

Everything involved with funerals and burials is done at Divine Mercy. Record-keeping, administration and even cremation is all completed in one building. In line with Church teaching, there are two things that Divine Mercy does not do, however: scattering and/or separating the ashes of a deceased person, and creating keepsake jewelry out of the ashes. 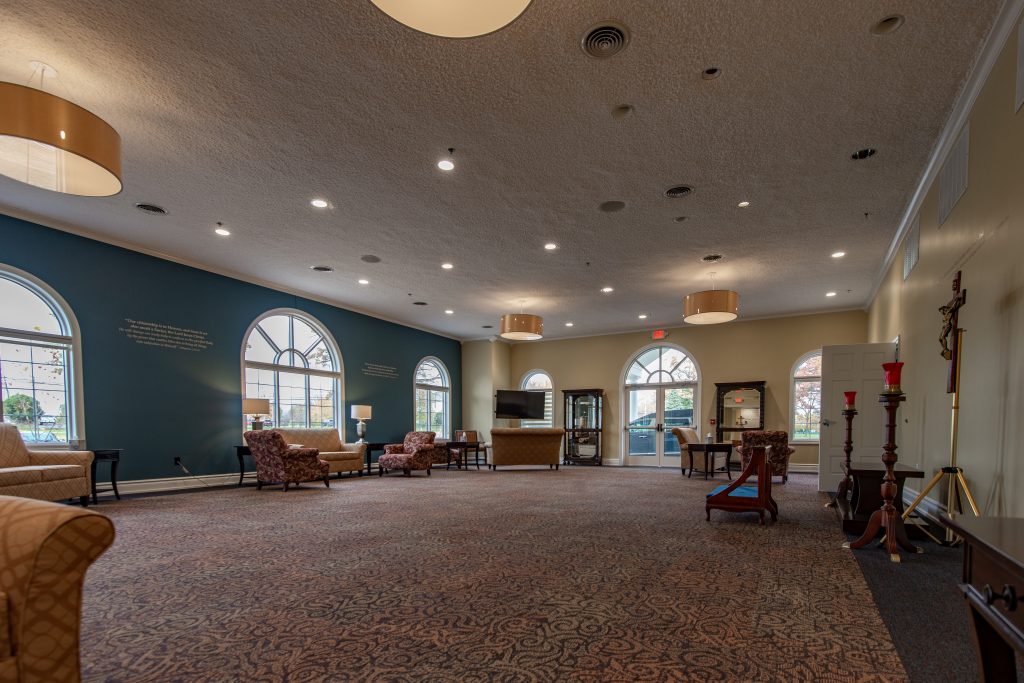 It continues: “In order that every appearance of pantheism, naturalism or nihilism be avoided, it is not permitted to scatter the ashes of the faithful departed in the air, on land, at sea or in some other way, nor may they be preserved in mementos, pieces of jewelry or other objects.”

Instead, Miller explained, “What we believe is appropriate is shortly thereafter the cremation process, the cremated body — the whole body — be inurned in a Catholic cemetery.”

He went on to clarify that the funeral home is more than willing to work with any other Catholic cemetery, often ones operated by individual parishes, to ensure that a person’s ashes are properly interred after cremation.

Divine Mercy and the Catholic Cemetery continue to move forward on new projects, creating a singular blend of new and old behind the cemetery’s gates. “We have something very exciting that is in the works right now and we hope to have it completed by the summer of next year,” Miller shared. “It is called the All Saints Columbarium.”

The new columbarium will have an upper level with glass-fronted columbaria niches and the lower level will be a catacomb structure similar to St. Peter’s Basilica in Rome. Stained glass windows will feature saints chosen by Bishop Rhoades and the floor will be made of marble.

Miller proudly described it as “very unique; there’s nothing like it in the Fort Wayne or northern Indiana area.”

Since it is owned by the diocese, Divine Mercy is a nonprofit organization. Miller takes great pride in the artwork displaying the home’s Catholicity and his staff’s welcoming and pleasant attitude to all who enter. As one of the few diocesan funeral homes in the country, Divine Mercy will continue its mission to provide personal and reverent burials for years to come.