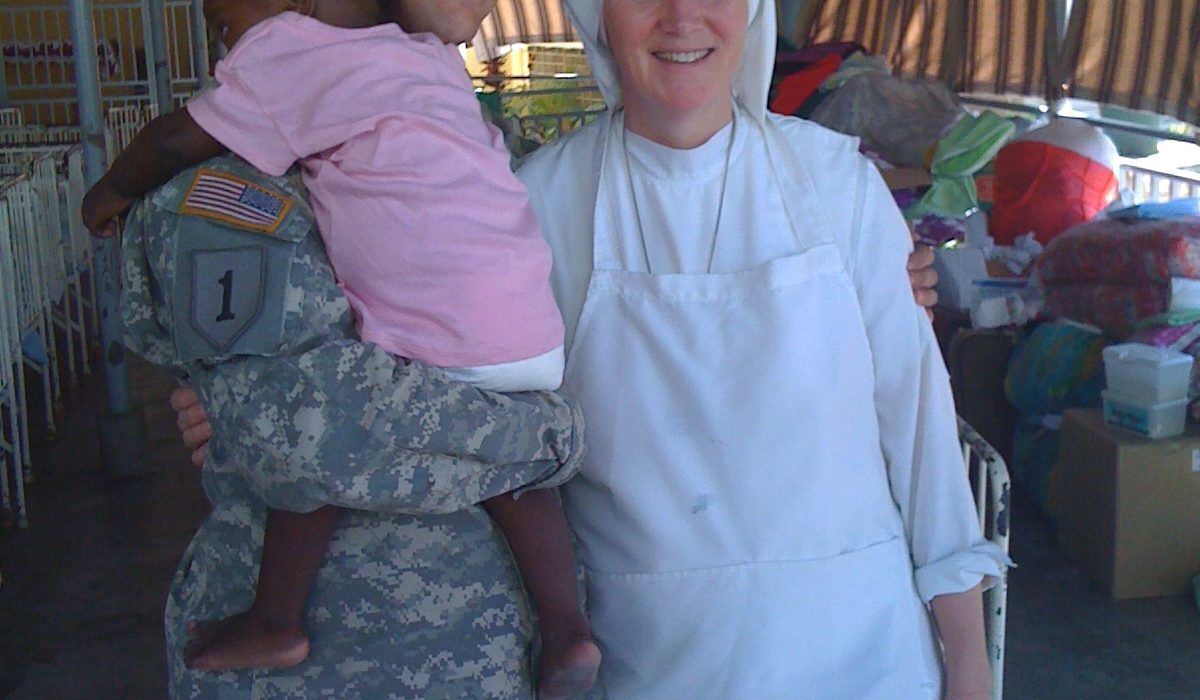 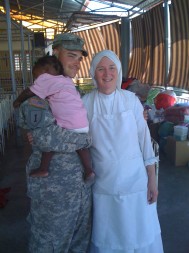 FORT WAYNE — Catholic doctors, nurses and healthcare workers will gather together on Oct. 1 at St. Vincent de Paul Church in Fort Wayne for the first annual White Mass to be celebrated by Bishop Kevin C. Rhoades to honor those men and women who strive to practice medicine according to the teachings of the Catholic Church. The 6 p.m. Mass, co-sponsored by the Diocese of Fort Wayne-South Bend and the recently founded Dr. Jerome Lejeune Catholic Medical Guild of Northeast Indiana, will be followed by a banquet with speaker Sister Deirdre Bryne, a member of Little Workers of the Sacred Heart, located in Washington, D.C.

Sister Dede, as she is known to many, is not only an active missionary sister and superior, but a board-certified family practitioner and general surgeon as well.

A native of the Washington, D.C., area, Sister Dede followed in her thoracic surgeon father’s footsteps and entered medical school at Georgetown University, where she eventually completed a surgical residency. During that time she also joined the Army, to help defray the cost of her education. God’s call to religious life was planted in her heart in high school, Sister Dede says, to be answered later in life.

As Sister Dede continued her medical studies with a family practice residency, God continued to provide opportunities to move more deeply into her relationship with Him. She took assignments overseas in Korea and then Sinai, where the “experience was spiritually rich.” It was there, in the desert, that in addition to her medical work, she held Communion services and facilitated a chastity group for young women. She also began to discern a very real call to a vocation, investigating different communities. “God made it very clear that he was calling me,” she admits.

She eventually was led to the Little Workers of the Sacred Heart community whose charism involves “performing overseas medical missionary work and providing free medical care for the poor and uninsured.” The over 100-year-old community, which includes 400-500 members worldwide, was a perfect fit. By 2000, the board-certified Dr. Deirdre Byrne made her commitment to the Little Workers and began her novitiate training in earnest.

Over the years, Sister Dede has found it easy to integrate her medical and military service into her religious vocation. Though comfortable in scrubs, she wears a full black or a white working habit when she can, and is grateful for the impact it has on those to whom she ministers. “I’m not only a pro-life doctor but a pro-eternal life doctor,” Sister Dede says, adding, “It’s from the Eucharist and our Catholic faith that we can be pro-eternal life doctors. We work on the people not only in helping them make the right health choices on earth, but also the healthiest choice for heaven.”

And, though she retired with the rank of colonel in 2009, with 29 years of service in the military, she is grateful for the opportunity to have served the “brave soldiers” while deployed to Afghanistan. “The military put me through med school. I felt really good about being able to finally give something back, especially when I went to Afghanistan,” she says.

Sister Dede’s other charitable medical/surgical service includes hands-on ministry in the rubble of the twin towers following the terrorist attack on 9-11, and annual medical missions in Kenya, Haiti and Sudan. She currently acts as the clinic director of the Spanish Catholic Center, serving the uninsured in the Washington Diocese. She is also a general surgeon who works through the clinic to serve those in need.

Sister Dede is the superior of the D.C. Little Workers of the Sacred Hearts house, where the sisters run a pro-bono physical therapy clinic and diabetic eye clinic, as well as a pre-school for underserved children.

Sister Dede plans to allow the Holy Spirit to inspire her speech at the luncheon following the White Mass, but is sure that the love of God will be at the center of it. She will speak about the current state of the medical community and the challenges Catholic doctors face.

Sister Dede would also like to reach out to the medical students as well, saying, “They think sisters sit in a convent and pray and that’s all they do. But I’ve got my sleeves rolled up and am suturing till 3 in the morning! There’s a lot of work out there, and I’m hoping to inspire the younger people to either do missionary work or deepen their Catholic faith, or who knows, go into religious life.”

Her message, she says, is simple. “To find strength in the Catholic medical community. To stay true to the teachings of the Catholic Church. … We are not alone. We have to stick together. We have to maintain our Catholic faith and stay strong. …We can’t waiver — we must stay the course!”