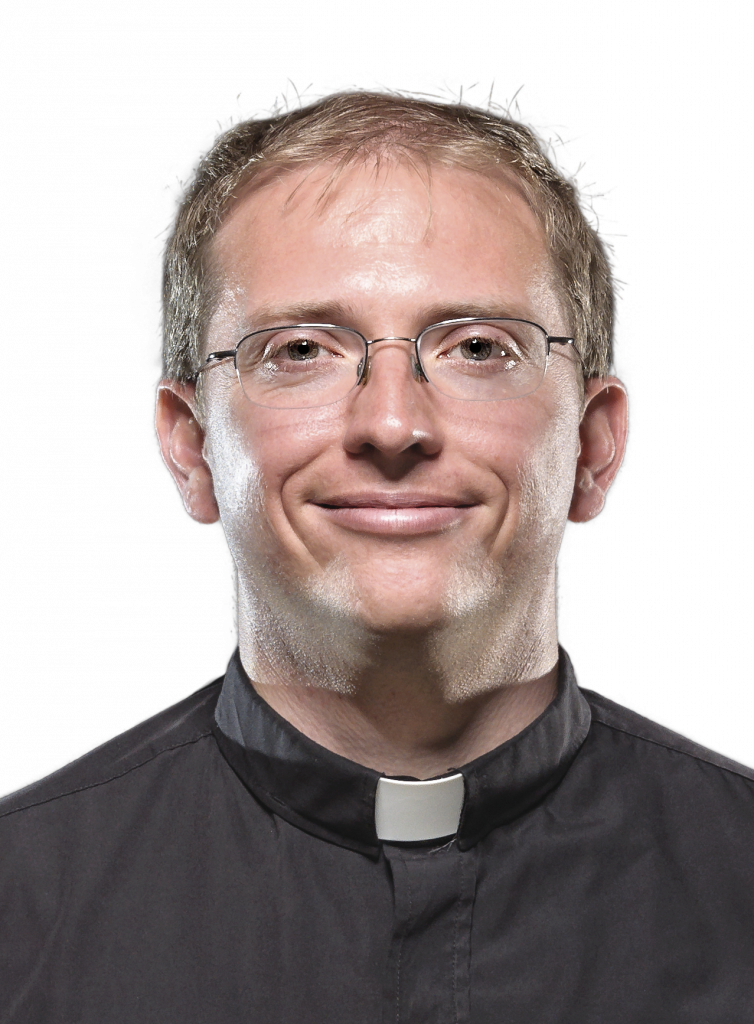 There is a saying that the only constant in life is change. Deacon Stephen Felicichia has seen a fair amount of change and adaptation during his life through his years of service in the U.S. Army and most recently in this last year as a deacon.

With the blessing of Bishop Kevin C. Rhoades, Felicichia will receive the sacrament of holy orders on June 6 at St. Vincent de Paul Parish in Fort Wayne, where better social distancing can be practiced due to the coronavirus pandemic.

In mid-March, the novel coronavirus began sweeping through the United States. The administration at Mount St. Mary’s Seminary in Emmitsburg, Maryland, closed its campus, switched to online courses and sent Deacon Felicichia and his brother seminarians to their home dioceses. Deacon Felicichia recalled that the parting of ways was rather rapid and did not afford the time for the expected reminiscing and time for goodbyes. He said it mimicked the “nature of life, its simple uncertainty.”

Everything that was routine changed rapidly and tested a person’s mental toughness. Finishing classes online allowed him to truly see the benefit of being physically present with professors and fellow classmates. But he said that he felt a little comfortable with the scenario of having to react quickly to rapidly changing circumstances, because it was reminiscent of his U.S. Army days.

After graduating from Bishop Luers High School in 2004, Felicichia was accepted at the U.S. Military Academy at West Point. He graduated in 2008 as a second lieutenant, U.S. Army Field Artillery, and was stationed at Fort Richardson in Anchorage, Alaska. He served two tours in Afghanistan and completed his five years of service, attaining the rank of captain.

Six months into his first deployment in Afghanistan, a fellow soldier was killed by a mortar round. Felicichia awoke from a sound sleep, sat up in his cot and began thinking about his own mortality, realizing that at any moment he could be killed. It was in that frightening moment he knew he really did want to be a priest. He prayed to God saying that if God allowed him to survive his remaining tour of duty, he would look into the priesthood.

Deacon Felicichia’s military and civilian experiences will impact his ministry as a priest. He attested, “If my life was just a cookie-cutter copy of someone else’s path to salvation, it would make for a rather dull existence. We learn from the saints, from the teachings of the Church, from our friends and family. God loves both order and diversity, and so you take the challenges and the suffering that are given you, pray for grace and act with prudence. How we respond to the unfolding of events is the great story of existence, each life becoming another beautiful thread in the tapestry that is salvation history.”

Even though Deacon Felicichia would have preferred an easier, more common road, he is so grateful that God has given him such a unique path to struggle through. He said, “We must be grateful to God that He doesn’t let us choose our crosses, or we would not stand a chance of becoming what He hopes for us.”

The Church has not been together in the same physical sense for the last couple months, an unprecedented time for someone who awaits his priestly ordination. The quarantine has greatly helped and enhanced him spiritually. “I have never been so blessed with the real confrontation of what I would trade to be close to Jesus Christ,” he said.

He was allowed, at first, to remain at his parents’ house. Secondly, he was blessed that Father David Violi, pastor of St. Joseph Parish, Bluffton, offered him the opportunity to work with him, as well as stay at his parish. Deacon Felicichia said, “While I love my parents, the opportunity to deacon at Mass and preach almost every other day pulled me into a great consolation that the Lord had prepared for me. To preach the name of the Savior, Jesus Christ, so often and constantly during the Easter season was a dream come true, even if it was only into a webcam.”

Deacon Felicichia understands that parishioners might be in a different place physically, mentally or spiritually than they were in late February. He said that priests and other clerics have been praying with the Divine Trinity in the name of Jesus Christ through this entire time of pandemic for the people of God. He trusts and believes that the Lord has heard those prayers.

Jesus Christ chose Peter and Andrew, James and John, Saul who became Paul, fishermen and a Pharisee —  all who had past and particular skills for His greater glory. But they wouldn’t have been able to save a single soul all on their own.

“I am much the same,” said Deacon Felicichia. “My time in the Army gave me skills and perspective, primarily in facing adversity and challenge. But of course, none of it matters if I do not turn it all over to Him. He is the vine; we are the branches. I entrust it all to Him. And I can’t wait for His surprises, for they are always better than our own plans.”