The Daughters of Isabella group at St. Vincent de Paul Parish in Elkhart is called DePaul Circle 434 and was formed over 90 years ago, according to Local Regent Nancy DeMarco. She’d like to keep it going for 90 more years and beyond.

The local organizations can also act charitably of their own accord. DeMarco said, “We sent $200 to Tennessee tornado relief for the tornado victims and helped put in wells in Africa.”

One St. Vincent parishioner with four children — two of which are babies — has cancer, DeMarco said, so the Daughters of Isabella DePaul Circle donated $75 for diapers and wipes. In the past, the organization also provided donations when someone experienced a house fire.

“Whenever we hear of someone in need, we present it to the group,” she said.

The DePaul Circle currently has 58 members, including women from St. Thomas the Apostle Parish in Elkhart and St. Mary of the Annunciation in Bristol. They are looking to increase membership, specifically with younger women.

DeMarco said modern times have made it difficult to get women to join organizations, as many work and have children involved in several activities. To attract younger women, DeMarco said the members strive to “increase the spirituality and prayer aspect to feed their need for spirituality.”

She said the meetings are business meetings. They have to account for the money in their care, and DeMarco said she tries to impart to women that the time spent on business matters is well worth it.

Prayer is part of their meeting too, something the ladies enjoy and DeMarco said is important when doing charitable work.

“We have to be a disciple of Jesus Christ and be close to Jesus to know what He wants,” she said. 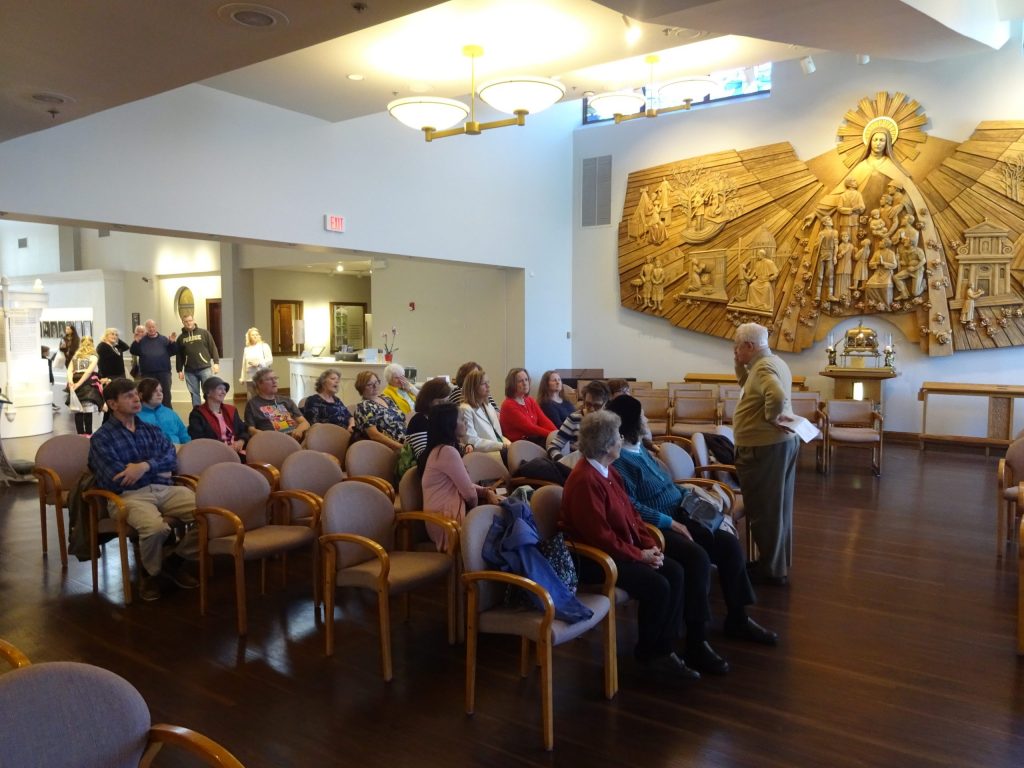 Photos provided by Regie Jackson
Members of the Daughters of Isabella DePaul Circle 434 in Elkhart, along with family members and friends, made a pilgrimage to the National Shrine of St. Theresa of Lisieux in 2017.

They also invite prospective members to attend a meeting and apply to join. Once they do there’s an induction ceremony. She said the Daughters of Isabella have a lot of traditional ceremonies dating back to the early years of the organization. 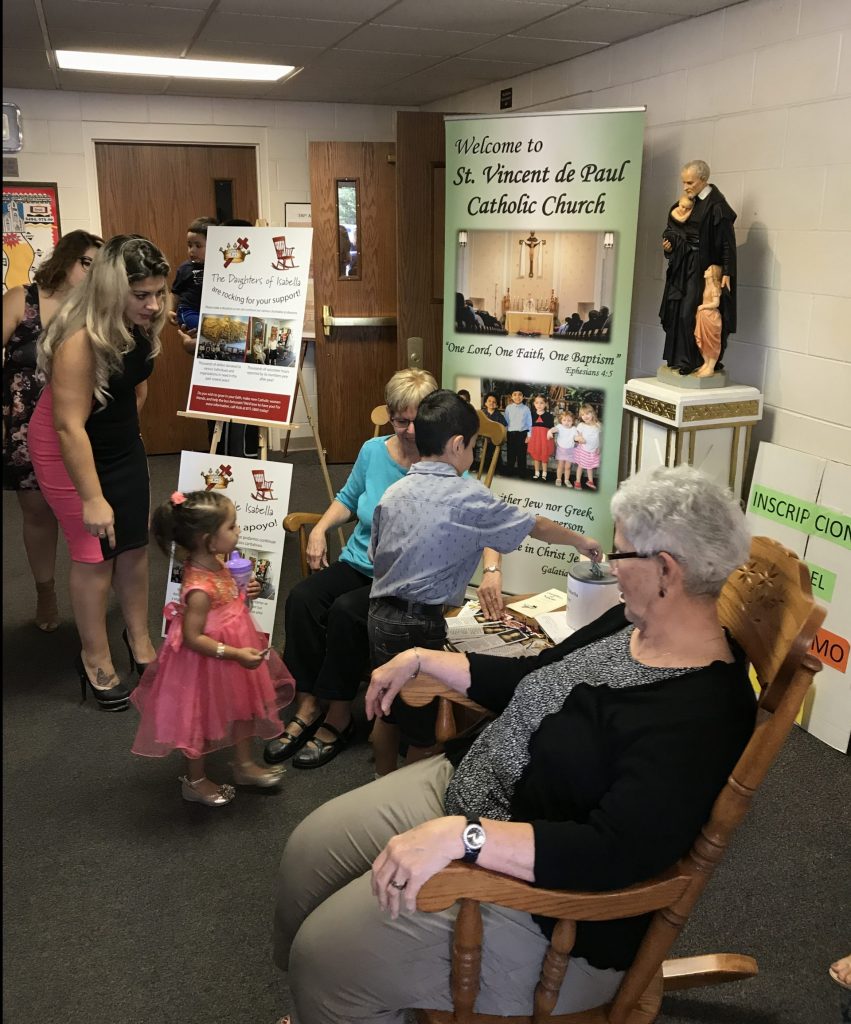 The regent leader said the circles raise funds to support their charitable giving and one of the biggest fundraising events at St. Vincent is the Daughters of Isabella Rock-A-Thon.

“Members sign up to rock in a rocking chair before or after Mass and we take donations,” she explained.

She shared that the effort has consistently raised $2,500-$3,000 every year since they began doing it. Members also fill baskets with different items and then conduct a silent auction. A silent basket auction is also done at the state conventions.

DeMarco said the Daughters of Isabella is a diverse group of women in age, ethnicity and where they are in their individual faith walks. Some are cradle Catholics and others are new to the faith, but they have one thing in common.

“We are all believers in Jesus and the Gospel. In Jesus’ eyes we’re all the same, and that’s what’s neat about the Daughters of Isabella — we all have such a great time together. That’s what I want to pass on to the younger women,” she said.

“We try to tell them when they give time to God, He’ll give it back to them,” she added.

The Daughters of Isabella DePaul Circle 434 meets the third Tuesday of each month, with a social time starting at 6:30 p.m. The business meeting begins at 7:15 p.m. For more information visit www.stvincentelkhart.org.

History of the Daughters of Isabella

The first circle of the Daughters of Isabella was founded in New Haven, Connecticut, in 1897 as an auxiliary to the Father John Russell Council of the Knights of Columbus for the purpose of unity of all Catholic women in a sisterhood to achieve the following aims:

• To know one another better

• To extend their circle of friends

• To centralize all their resources to better help one another

•  To be a greater force to contend with in pursuit of good in their society.

Today is it one of the largest Catholic women’s organizations, with a membership of over 3,000 women from the U.S. and Canada. It has continued to prosper and establish bonds among Catholic women throughout the world. Members encourage each other’s total development and foster growth of every aspect of life — spiritual, social and charitable — adding up to a more fulfilling life.