WASHINGTON (CNS) — In a 5-4 decision June 29, the Supreme Court ruled that a Louisiana law requiring that doctors who perform abortions have admitting privileges at nearby hospitals could not stand.

The opinion in June Medical Services v. Russo, written by Justice Stephen Breyer, said the case was “similar to, nearly identical with” a law in Texas that the court four years ago found to be a burden to women seeking abortion. Breyer was joined in the opinion by Justices Ruth Bader Ginsburg, Sonia Sotomayor and Elena Kagan.

Breyer said the Louisiana law was unconstitutional because it posed a “substantial obstacle” for women seeking abortions while providing “no significant health-related benefits.”

The Texas case, Whole Woman’s Health v. Hellerstedt, struck down the law with a different bench without Justices Neil Gorsuch and Brett Kavanaugh. The court said the requirements imposed on abortion providers — to have hospital admitting privileges — put “a substantial burden” on women who were seeking abortions and the law wasn’t necessary to protect women’s health.

“Even as we seek to end the brutality of legalized abortion, we still believe that the women who seek it should not be further harmed and abused by a callous, profit-driven industry,” he added. 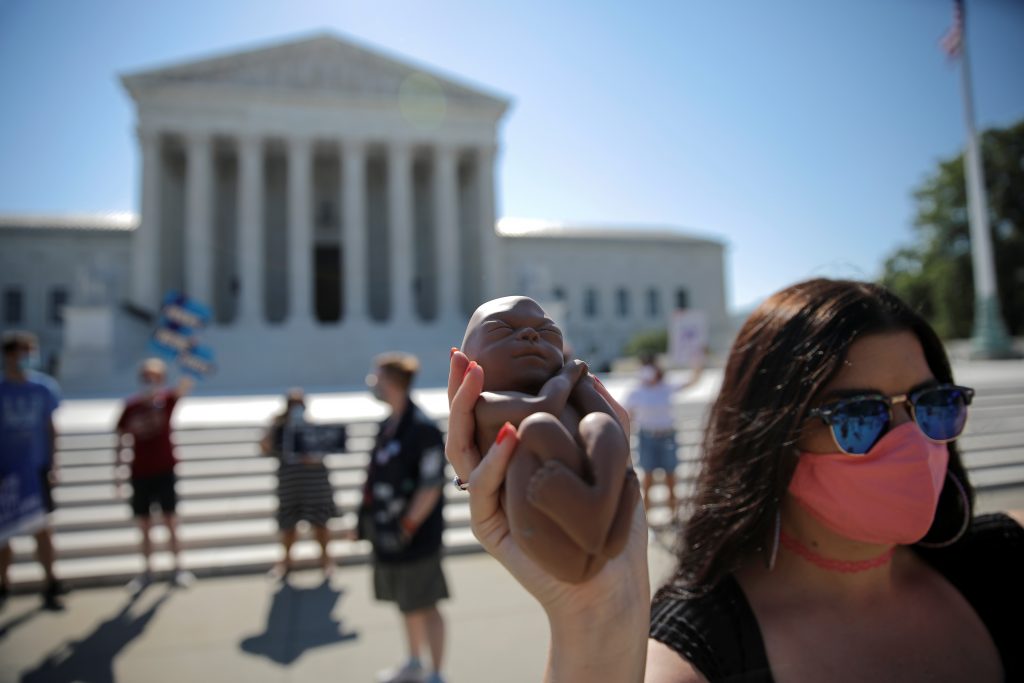 In the Louisiana case, Chief Justice John Roberts filed an opinion concurring in the judgment of the four justices voting to strike down this law even though four years ago, he joined the dissenting opinion in the Texas decision. Last year, he sided with the justices who agreed to stop the Louisiana law from going into effect while its challengers pursued their appeal.

“The Louisiana law imposes a burden on access to abortion just as severe as that imposed by the Texas law, for the same reasons,” Roberts said, adding: “Therefore, Louisiana’s law cannot stand under our precedents.”

He said the legal doctrine known as “stare decisis” — which obligates courts to follow the precedent of similar cases — “requires us, absent special circumstances, to treat like cases alike.”

In his dissent, Justice Clarence Thomas said the court’s decision “perpetuates its ill-founded abortion jurisprudence by enjoining a perfectly legitimate state law and doing so without jurisdiction.”

He also said the court should revisit its 1973 Roe v. Wade decision that legalized abortion. “Roe is grievously wrong for many reasons,” he wrote, emphasizing that its “core holding — that the Constitution protects a woman’s right to abort her unborn child — finds no support in the text of the Fourteenth Amendment.”

Louisiana state Sen. Katrina Jackson, a Democrat, who was the author of the 2014 Unsafe Abortion Protection Act at the center of this case, said the court’s action was a “tragic decision that continues its practice of putting the interests of for-profit abortion businesses ahead of the health and safety of women.” 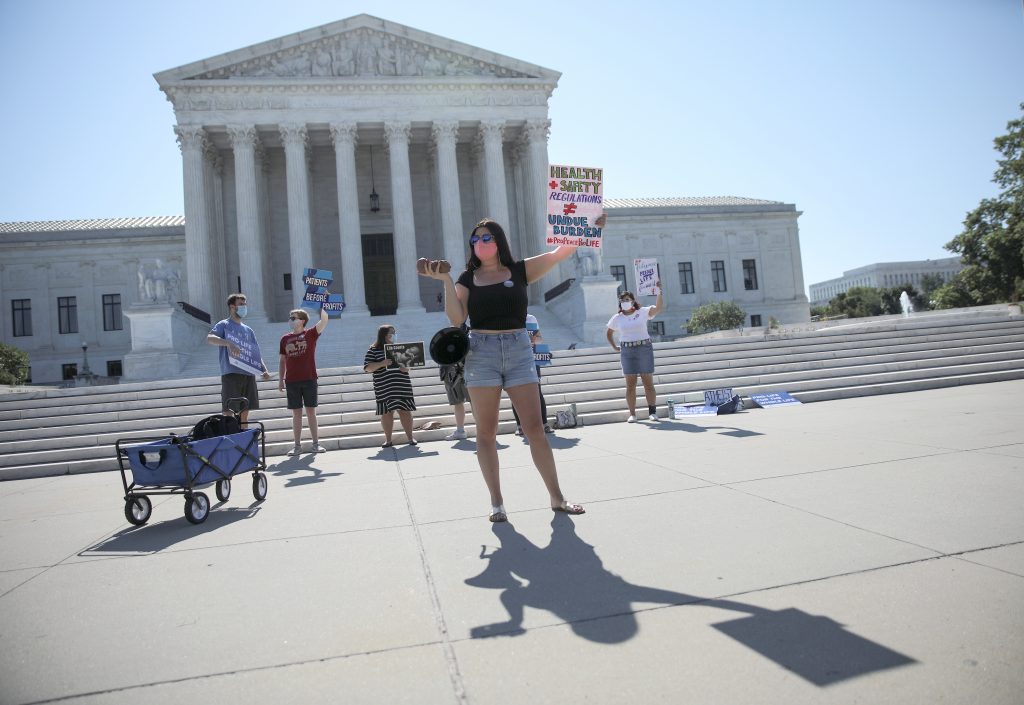 Supporters of the Louisiana law said it was a necessary regulation to guarantee women’s health and safety while its critics argued that the law placed unnecessary burdens on abortion providers and made it more difficult for women to get abortions.

More than 70 friend-of-the-court briefs were filed on both sides of this case with health care professionals, researchers, lawmakers, states, and religious and advocacy groups alike weighing in. Catholics groups that filed briefs in support of the state law included: the U.S. Conference of Catholic Bishops, the Thomas More Society and the National Association of Catholic Nurses along with the National Catholic Bioethics Center.

In his June 29 statement, Archbishop Naumann said: “As we grieve this decision and the pregnant women who will be harmed by it, we continue to pray and fight for justice for mothers and children.” He also stressed that the court should correct the “grave injustice” of its major abortion decisions and recognize the “right to life for unborn human beings.”

The archbishop also urged “people of faith to pray for women seeking abortion, often under enormous pressure, that they will find alternatives that truly value them and the lives of their children.”

O. Carter Snead, law professor at the University of Notre Dame and director of the university’s Center for Ethics and Culture, said the court “has once again overstepped its constitutionally defined role and robbed the people of this country the authority to govern themselves — even at the margins — on this vital and deeply divisive matter.”

“The court has undermined the rule of law, done further violence to the Constitution, and has thus badly damaged its own legitimacy,” he said, adding: “This is a sad day for the court and the nation.”