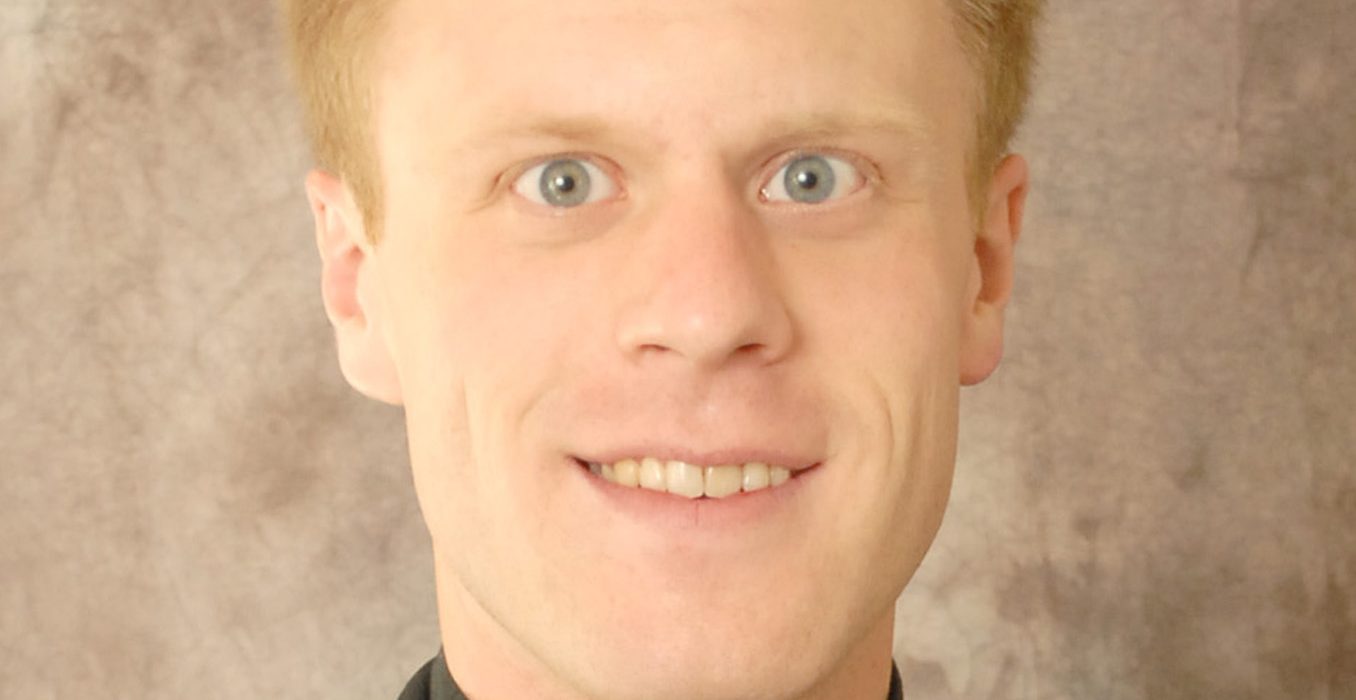 NOTRE DAME — The Indiana Province of the Congregation of Holy Cross announces the ordination of two new priests on Saturday, April 10, at 2 p.m. at the Basilica of the Sacred Heart, located on the campus of the University of Notre Dame. Holy Cross Bishop Daniel R. Jenky of Peoria, Ill., will confer the Sacrament of Holy Orders on Holy Cross Deacon Kevin G. Grove, and Holy Cross Deacon Gerard J. Olinger, Jr.

“The international Holy Cross community is blessed to welcome these men who will bring hope and joy to many people through our ministries,” says Holy Cross Father David T. Tyson, provincial superior for the Congregation of Holy Cross, Indiana Province. “These ordinations are a time of gratitude and celebration for us.” 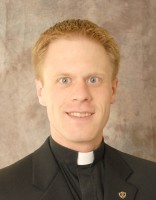 Holy Cross Deacon Kevin G. Grove
Holy Cross Deacon Kevin G. Grove grew up in a small farming community in rural Montana where he attended Hobson School through the 12th grade. He earned a bachelor’s degree in philosophy with a minor in medieval studies as well as a bachelor’s degree in history with an additional major in English literature from Seattle University, Seattle, Wash. In 2009, Grove also received a master of divinity degree from the University of Notre Dame.

During his seminary formation, Grove served at André House in Phoenix as a summer staff member, as a hospital chaplain in Colorado Springs, Col., a counselor for the Women’s Care Center in South Bend, a member of the RCIA team at the University of Notre Dame, and as director of the Confirmation program at St. Joseph Parish in South Bend. In addition, Grove coedited “The Cross, Our Only Hope,” a series of daily reflections by Holy Cross priests and brothers on their own experiences of life and ministry in Holy Cross based on the spiritual writings of Blessed Basil Moreau, founder of the Congregation of Holy Cross, as well as texts from the Holy Cross Constitutions.

Grove professed his perpetual vows with the congregation and was ordained to the Order of Deacon in August, 2009. Since then he has served as a transitional deacon at St. Joseph Parish in South Bend. 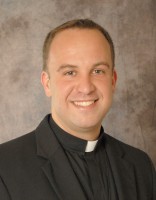 Holy Cross Deacon Gerard J. Olinger, Jr.
The oldest of four children, Holy Cross Deacon Gerard J. Olinger, Jr. is originally from Springfield, Pa., where he attended St. Kevin School and later Devon Preparatory School. In 1997, Olinger earned both a bachelor’s degree in history and government and a J.D. from the University of Notre Dame prior to entering the candidate program at Moreau Seminary in 2004. Olinger is a member of the bar in both Pennsylvania and Indiana. During his years of study and formation at Moreau Seminary, Olinger volunteered with the Notre Dame Legal Aid Clinic, which provides free legal representation for people below the poverty line. He also served as a counselor at the Women’s Care Center in South Bend, worked with the RCIA program and taught sacramental preparation classes at St. Joseph Parish in South Bend, and served as assistant rector of Old College, the undergraduate seminary program at the University of Notre Dame.

Prior to his profession of perpetual vows with the Congregation of Holy Cross and his ordination to the diaconate in August 2009, Olinger was awarded a master of divinity degree from the University of Notre Dame. During the past year, he was assigned to the University of Portland where he has served as a transitional deacon in the Offices of Campus Ministry and Residence Life.

Following his ordination on Easter Saturday, Olinger will offer a Mass of Thanksgiving at the Basilica of the Sacred Heart on April 11 at 11:45 a.m. and later that evening at Siegfried Hall, a residence hall on the Notre Dame campus. Olinger will also celebrate Masses of Thanksgiving at the Chapel of Christ the Teacher at the University of Portland in Portland, Ore., on April 18 at 9 p.m. and at St. Kevin Church in Springfield, Pa., on May 23 at 1 p.m.