One of the greatest concerns of Catholic parents when they send their children to college is whether their sons and daughters will maintain their faith. Not every student can or will attend a Catholic university, where the faith would hopefully be reinforced. So what is a parent to do?

Three young adults from the Diocese of Fort Wayne-South Bend demonstrate that it is possible for students to keep their faith while at college. 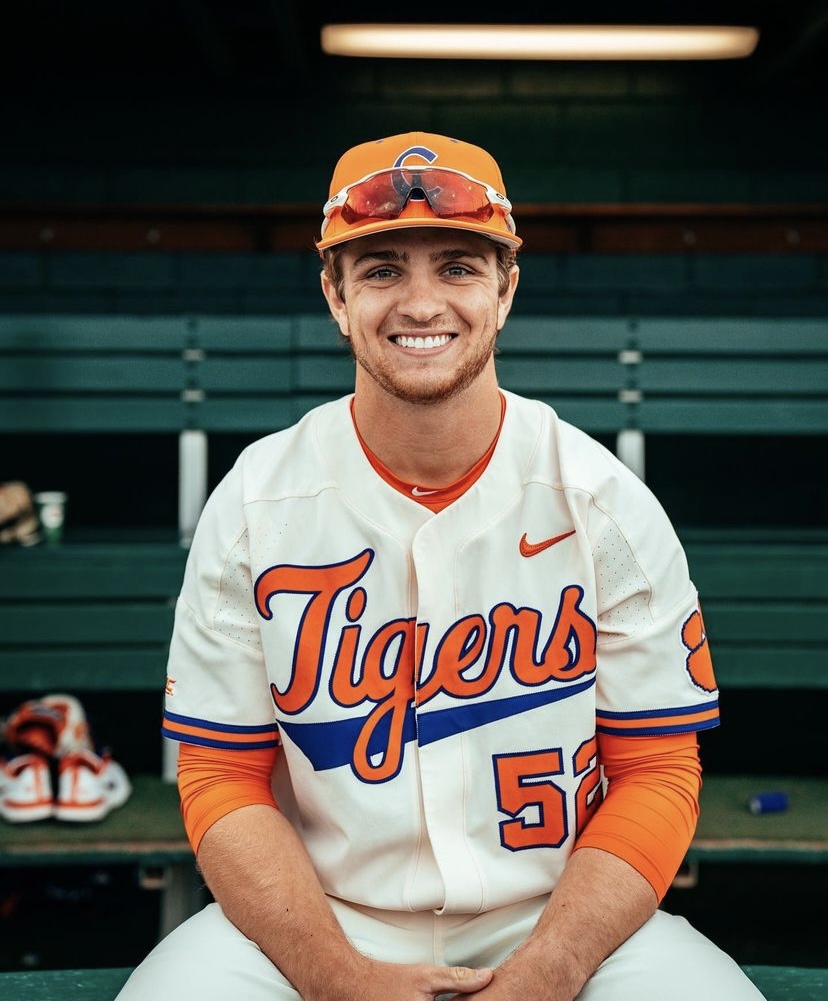 Seven hundred miles. That is roughly the distance from South Bend to Clemson University in South Carolina, where Patrick Farrisee attends college. Initially, he wanted to go to the U.S. Military Academy (West Point), but due to a minor medical finding, his spot was given away. Instead, he began at Clemson on an ROTC scholarship. “For whatever reason, I didn’t enjoy it,” he admitted, and he left that program after his freshman year. For that reason, he considers it a blessing that he didn’t go to West Point. “That was God pushing me in the right direction.”

Now Farrisee is happy studying nursing at Clemson, though he didn’t start out that way. Homesickness set in on the first weekend in South Carolina. “Really the one thing that kept me grounded was being able to go to church on Sundays,” he said.

At the local church, St. Andrew, he experienced an immediate sense of calm and discovered the Catholic Student Association, which meets for faith-building activities like Bible studies. The meetings he attended helped acclimate him to the college life, putting it in the perspective of his Catholic faith. “The faith really grounded me; made me realize there was hope, there was a comfort spot every Sunday … that’s just where I need to be on Sundays.”

He spoke about the struggle that many students face in keeping their faith when the college culture places other demands on their time, but said, “Making it a priority was big for me. It’s guided me well and it’s made me into a person I’m pretty proud of.”

Having played baseball at Saint Joseph High School in South Bend, he knew he wanted to play college baseball at the division level. He didn’t make the team at Clemson his first year, so during the pandemic he threw himself into a strict workout routine and was able to make it his second year. “I ended up living out my dream … and there’s absolutely no way I would have done that without my faith.”

Balancing baseball and nursing is no small feat, and he credits God for helping him handle the stress of it. His college friend Will also impacted his faith. Though not Catholic, Will introduced him to the Fellowship of Christian Athletes and helped him through hard times when he didn’t know what career path God was leading him toward. “I have to pray a lot about letting the Lord take over, letting the Lord guide me in a direction that I need, that I don’t necessarily know. The unknown is really tough,” he shared.

Farrisee carries with him the lessons he learned in high school, particularly when his friend Aiden Short passed away in a car accident. He remembers watching Aiden’s father, Tim, address the student population about accepting God’s plan and moving forward. The forming of a service club called Aiden’s Masterpiece was a defining moment for Farrisee, who led the organization for a time and learned that being a leader meant serving others. His essays for West Point focused on the idea of being a servant-leader and he puts it into practice on the baseball field. It is also part of the reason he switched his major to nursing.

“That’s one thing the Lord calls us to do, just be a servant-leader, right? And I kind of live by that, and helping others and live by serving.” 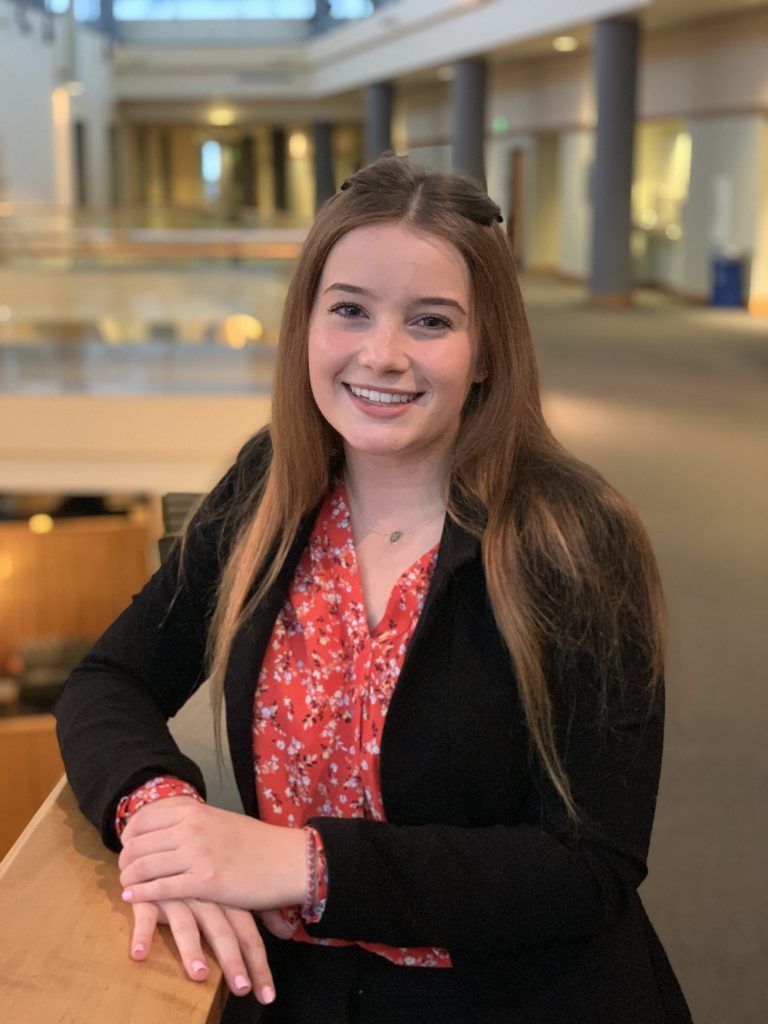 Faith that is tested

When she left home to study industrial management at Purdue University, West Lafayette, junior Kennedy Horter made herself a promise not to lose her Catholic faith. “I’ve seen it in people who are close to me. They go off to college and lose their faith, and I looked up to a lot of people in my life, and that is one aspect that I wanted to be different in my life.”

Nowadays, she finds her faith to be “very mature.” Instead of asking God for childish things like a pony, she now asks “for more abstract things like patience and kindness, and I found that it actually feels much more concrete than it appears.”

What developed her faith most was learning how to defend it. She grew up mostly in Catholic schools – St. Charles Borromeo, then Bishop Dwenger High School in Fort Wayne – before heading to a public university where she encounters people of all faiths and none. Growing up, she said, “I felt like everyone around me always believed in God, but now that’s literally a question I get more frequently than I could ever imagine.”

Pondering the basic tenets of the Catholic faith has expanded her familiarity with the Church and “I’ve gotten to test myself and my knowledge and apply it in ways I couldn’t when I was in high school or grade school” – similar to applying math lessons to a test.

Though she does not actively engage in evangelization, she loves answering questions that come up about her faith. “I have best friends who are atheist, who are Christian, Jewish, just everything, and we all get along very well and we’re even able to have conversations where we can talk about our spirituality and how we grow,” she remarked.

Horter said that: “The more I answer these questions, the more I fall in love with the faith.”

She attends St. Thomas Aquinas Parish, the Catholic Center at Purdue University. Going to Mass was difficult to manage at first, but she made it a goal and finds a great deal of value in going to church alone. Things like listening to Christian music, the rosary and podcasts like “The Bible in a Year” on her phone – “things that can be included in your daily routine” – also boost her faith.

Choosing good friends is crucial in holding onto her faith. One of her friends leads an all-girls Bible study at St. Thomas Aquinas called Ignite. There, they study specific passages suggested by the youth director, and “we break it down; how does this apply to your daily life.” Many friendships have been made through the parish and the Bible study, Horter was pleased to report.

Ultimately, she said, “I feel like at the end of the day, it’s the people you surround yourself with and staying away from the things that really draw you into sin.” 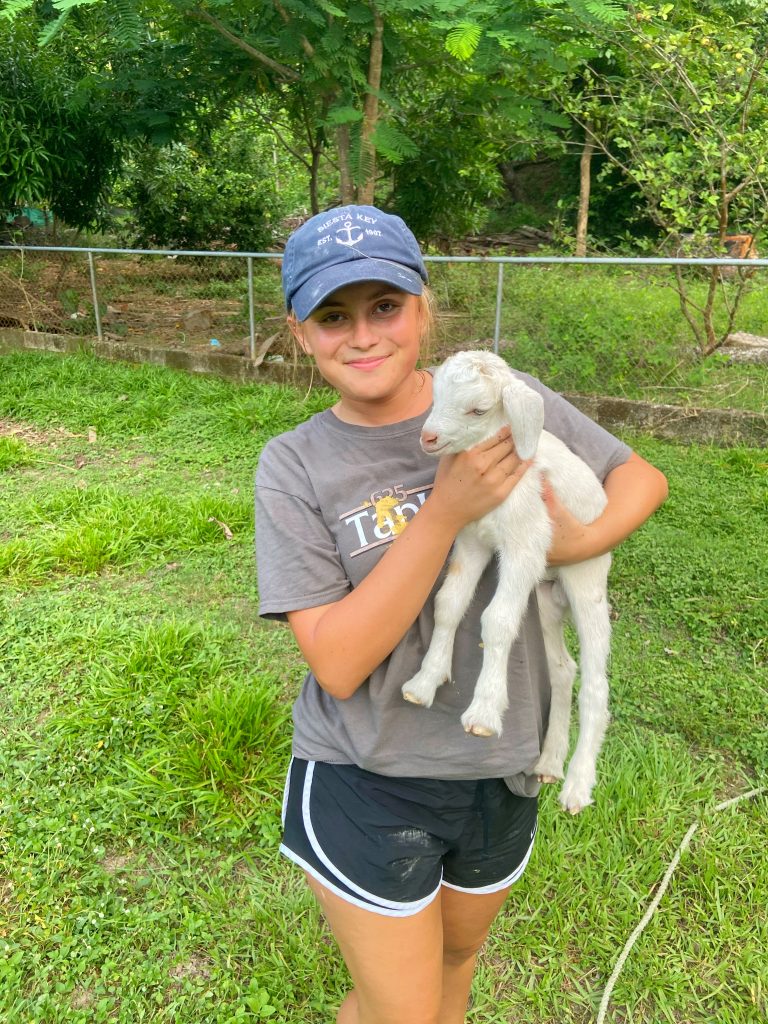 “You will learn more from your friends than you ever will from books. Choose your friends wisely.” Olivia Eisaman would likely agree with this statement from renowned Catholic motivational speaker and writer Matthew Kelly. Heading into her junior year at Ball State University with a major in child development and a minor in autism spectrum disorder, Eisaman said that the friends she has made through the Newman Center help boost her faith life at college.

Cardinal Catholic, the Catholic community for Ball State students, operates out of St. Francis of Assisi Parish located directly next to the campus. Eisaman stays involved in the organization as President of the St. Francis Youth Retreat Program – which puts on retreats for middle and high school students in the Diocese of Lafayette-in-Indiana – and as Co-Head of Outreach.

“I actually met one of my cousins I didn’t know existed through Ball State and the Cardinal Catholic community, so she pushed me to go to church with her,” Eisaman said with a laugh. Her roommate, who she met indirectly through the church, is also Catholic and motivates her to attend Mass weekly.

Eisaman knows that living away from her family compels her to make her own decisions to retain her faith – choosing to go to Mass, Newman Nights and Eucharistic Adoration. Having the faith reinforced through her Catholic school education at St. Charles and Bishop Dwenger High School formed her to make fruitful choices, “because Catholic schools gave me such a routine when it came to my faith and I think being used to that, I wanted to do the same thing when I went to Ball State,” she shared.

FOCUS – the Fellowship of Catholic University Students – maintains a presence on the college campus as well, and Eisaman had the opportunity to go on a retreat and take a mission trip to Costa Rica with members of the group. “I don’t even know where we were; we were in the middle of nowhere, Costa Rica, and we actually helped with renovations of the church,” she said. She stays in touch with one man from Costa Rica, and his Instagram photos sometimes show him wearing the Cardinal Catholic t-shirt he purchased.

Eisaman lives out her faith in other ways, one of which is through the Newman Center’s outreach program. With other Cardinal Catholic members, she sometimes mans a table in one of the dining facilities, hoping to spark conversations on the faith with anyone who chooses to approach them. “We have had good conversations with people; we’ve had some people stare at us,” she admitted. For Catholic students, “we’ll talk to them about Cardinal Catholic and we’ll give them the information and hope they come.”

Though the upcoming school year promises to keep her busy, she intends to make holy hours before the Blessed Sacrament whenever possible, and one of her future goals is to travel to Portugal for World Youth Day in 2023, as she did in Panama in 2019.

When back home in Fort Wayne, she keeps up with her faith life through organizations like College Crew, connecting with other local Catholics of similar age. Cultivating these holy friendships helps her to avoid the negative influences so prevalent on college campuses and faithfully live a Catholic life.