VATICAN CITY (CNS) — The Christmas tree and Nativity crèche should evoke the joy and the peace of God’s love and not the selfish indulgence of consumerism and indifference, Pope Francis said.

Meeting Dec. 10 with delegations from Andalo in Italy’s Trentino-South Tyrol region and from Peru’s Huancavelica region — responsible, respectively, for the Christmas tree and the Nativity scene in St. Peter’s Square — the pope said the traditional Christmas symbols bring an atmosphere that is “rich in tenderness, sharing and family closeness.”

“Let us not live a fake, commercial Christmas! Let us allow ourselves to be enveloped by God’s closeness, by the Christmas atmosphere that art, music, songs and traditions bring to our heart,” he said. 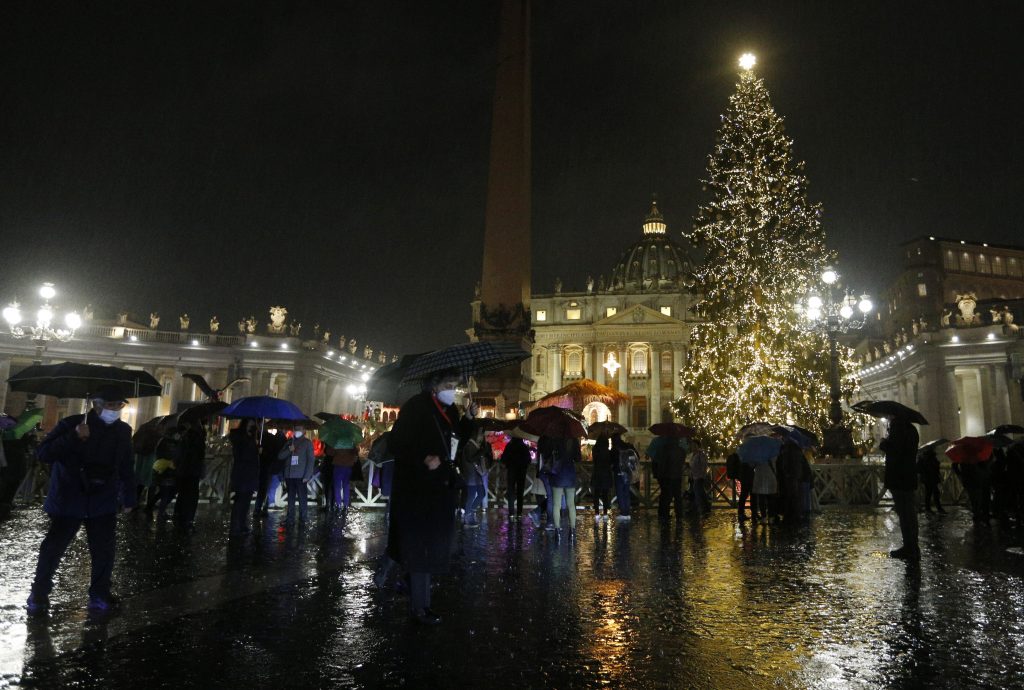 In the evening, despite the rain and cold temperatures, dozens gathered in St. Peter’s Square to witness the lighting of the Christmas tree. In the audience hall, the sounds of festive holiday music in Quechua played as videos of a children’s choir from Huancavelica were shown to commemorate the Andean-inspired crèche.

Archbishop Fernando Vérgez Alzaga, president of the commission governing Vatican City State, also welcomed the delegations from northern Italy and Peru and said their contribution was a symbol that “Europe and America are united in paying homage to the King of Kings.” 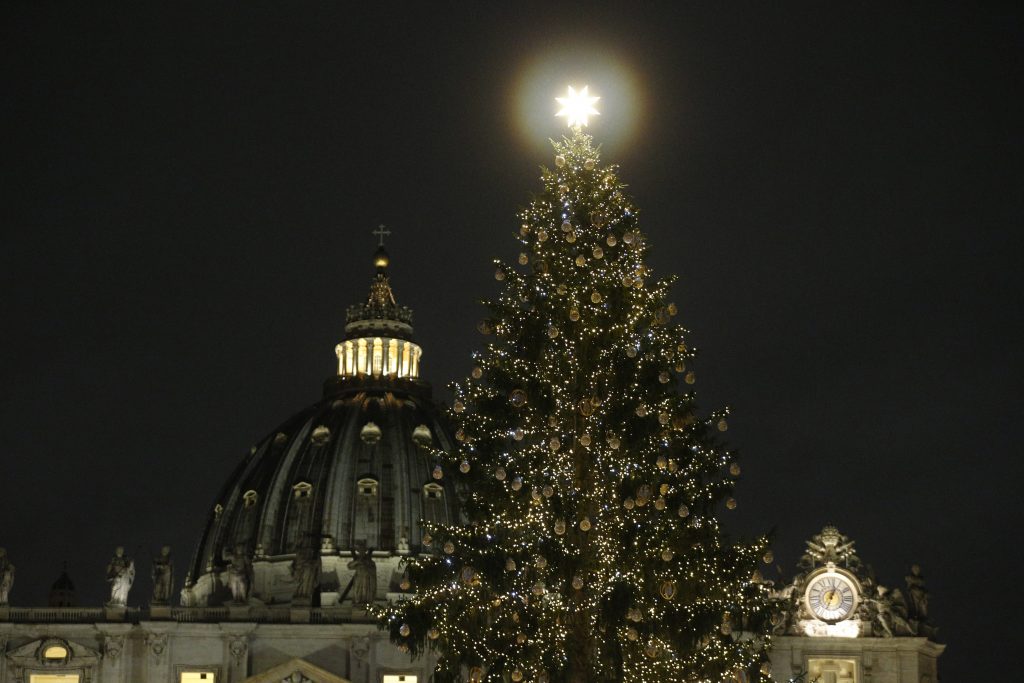 The Nativity scene in St. Peter’s Square featured 30 statues depicting Mary, Joseph, the Three Kings, shepherds and various flora and fauna from Huancavelica. The figures were dressed in the traditional bright, multicolored garments of the region’s Indigenous Chopcca people.

Next to the Andean Nativity scene stood a 90-foot-tall Christmas tree. The spruce tree came from a sustainably managed forest in the Dolomite mountains in northern Italy’s Trentino-South Tyrol region. The round wooden ornaments were also from Trentino. 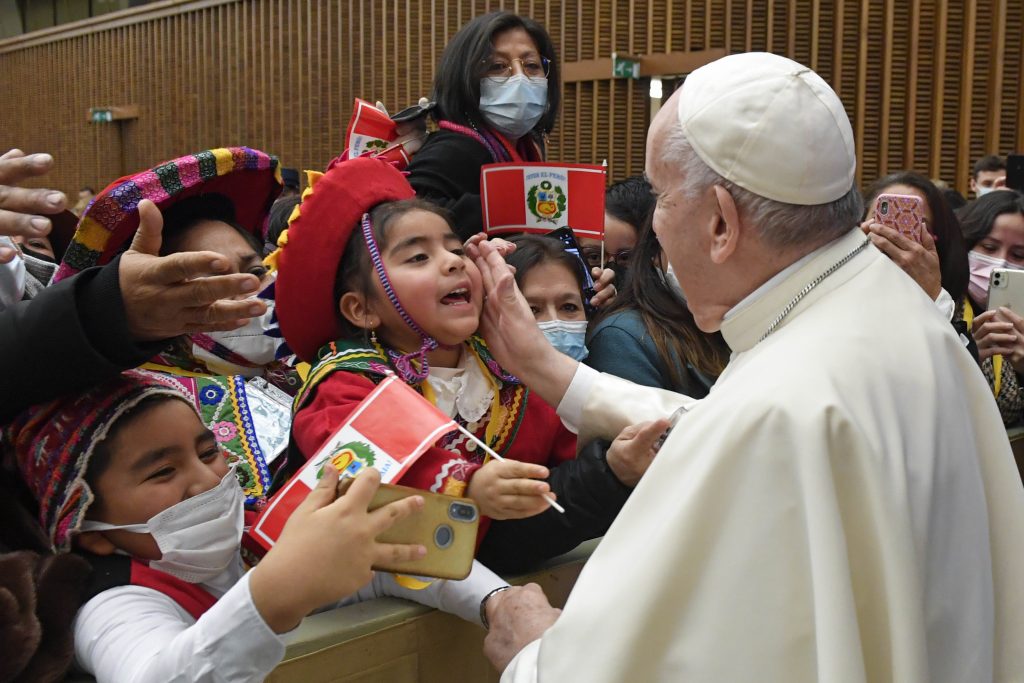 Pope Francis greets a child during an audience in the Paul VI hall at the Vatican Dec. 10, 2021, with delegations from Italy and Peru who donated the Christmas tree and Nativity scene displayed in St. Peter’s Square. (CNS photo/Vatican Media)

During the meeting with Pope Francis, the two delegations were joined by a group of young men and women from a parish in Padua who created the Nativity scene displayed in the audience hall.

Expressing his gratitude to the delegations for their gifts, the pope said the traditional garments worn by the figures in the Nativity scene “represent the people of the Andes and symbolize the universal call to salvation.”

“Jesus came to the world through the concreteness of a people to save every man and woman, of all cultures and nationalities. He made Himself small so that we might welcome Him and receive the gift of God’s tenderness,” he said.

He also said the spruce tree was a “sign of Christ” and a reminder of God’s gift of uniting “himself with humankind forever.”

As Christmas festivities draw near, Pope Francis said the créche remains a symbol of hope that God “never tires of us” and that He chose to dwell among men and women “not as one who stands on high to dominate, but as the one who stoops low, small and poor, to serve.”

“For it to be truly Christmas, let us not forget this,” the pope said. “God comes to be with us and asks us to take care of our brothers and sisters, especially the poorest, the weakest and the most fragile, those whom the pandemic risks marginalizing even more.”