Indiana’s School Choice Scholarship Program, commonly known as the voucher system, is a much-debated law with proponents on both sides. For some parents, however, it has made the option to send their children to a Catholic school possible.

“Too much time on the computer, few friends in the neighborhood, parents at work all day. Viv finds herself becoming very isolated and sad,” Jambor shared.

Her grades began to drop, and Jambor started getting calls from the school saying Vivian had not logged on for classes.

Percentage of Choice Scholarship recipients the above number represents

Jambor knew they needed a change, so by January 2021, Vivian was re-enrolled at St. Anthony. Though she acknowledged that there were issues with the transition – Vivian did not like wearing uniforms and rising early for school – it was definitely the right move.

“She had been talking to classmates through a monitor for so long that she forgot how good it was to be sitting in a desk surrounded by peers.”

Jambor appreciates that the Catholic schools understand the value of in-person learning and managed to remain as the pandemic started to wane. 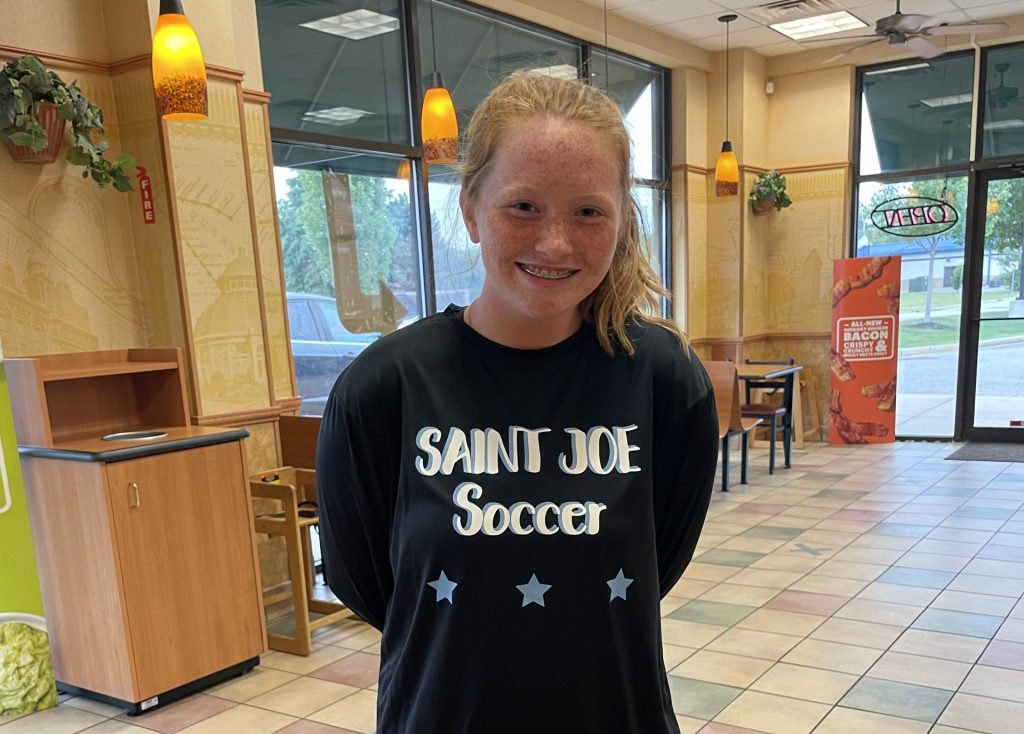 Vivian began to improve. The teachers, subject matter and presence of other students had a positive effect on her. “Most importantly,” Jambor stated, “she was getting a heavy dose of God that gave her hope that things in the world could get better, and that God hadn’t abandoned us.”

High school loomed, and Jambor and her husband had to decide where to send her daughter. Vivian wanted to play soccer at Saint Joseph, and her mother knew that the Catholic high school was the right choice for Vivian’s mental well-being; but she worried she might not be able to afford the tuition cost. The family also faced unexpected medical bills.

To afford a Catholic education for her daughter, she said, “I was fully prepared to pick up another job, but a miracle happened when the state increased the household income for the School Choice program. All of a sudden, the tuition was doable!”

Since Vivian is the youngest of four children but the older three no longer live at home, they are not considered dependents and the household counts as a family of three. Due to the changes in income thresholds for the School Choice program implemented by the state of Indiana this year, Jambor’s family met the income qualifications. Vivian also met the eligibility requirement, meaning she was able to attend whatever high school she preferred.

People often ask Jambor how she can afford to send her child to a parochial school. She tells them to investigate the Choice scholarships online and to apply for financial aid available through the school they want to attend. “It doesn’t cost anything to try, so why not apply?”

In Jambor’s estimation, Saint Joseph has given Vivian what she needs not only to survive but to thrive and to grow in knowledge and faith.

“I don’t think we will ever know the full effect of what the pandemic has done to our children’s mental health. The private schools decided early on they would stay open. They looked past the fear of the pandemic and saw that the mental and emotional health of the kids was equally important. I tell anyone who will listen and is worried for their kids being at home alone all day – get them into a Catholic school. Everyone can use more prayer in their life and a sense of normalcy.”

A freshman this year, Vivian plays on the junior varsity soccer team and is enjoying her classes and spending time with her friends. Catholic school has clearly been a good choice for her.

“Viv’s name means ‘bubbling with life,’ and learning her faith again was like much-needed water for the soul. Viv is beginning to blossom,” Jambor declared.