At first glance, the small building sitting on one of Fort Wayne’s out-of-the-way side streets appears a little underwhelming. Those familiar with it know that it’s a great place to get delicious pasta or sing karaoke, but the building’s unobtrusive outside also belies the exuberant faith life of Alex Fiato, owner of the Italian Connection restaurant.

The first thing customers see, as soon as they step in the door, is a shrine to the Blessed Mother. Mood lighting and empty wine bottles proclaim a typical Italian restaurant, and old family photos, patriotic memorabilia and large pictures of Mary crowding the walls reveal Fiato’s great loves: family, country and, most importantly, faith.

Rosaries are scattered throughout the restaurant, particularly in the kitchen, which boasts more than a handful of the prayer beads dangling from storage racks above the single workstation.

Those rosaries are not for decoration. Fiato is deeply devoted to Mary and prays the rosary throughout his workday, passing the beads through his mouth since his hands are occupied with his duties as head chef. “I beg God for my children, every day I pray the rosary. I just add ‘please protect my children and my grandchildren, that’s all I ask, and I’ll do whatever you want.’” 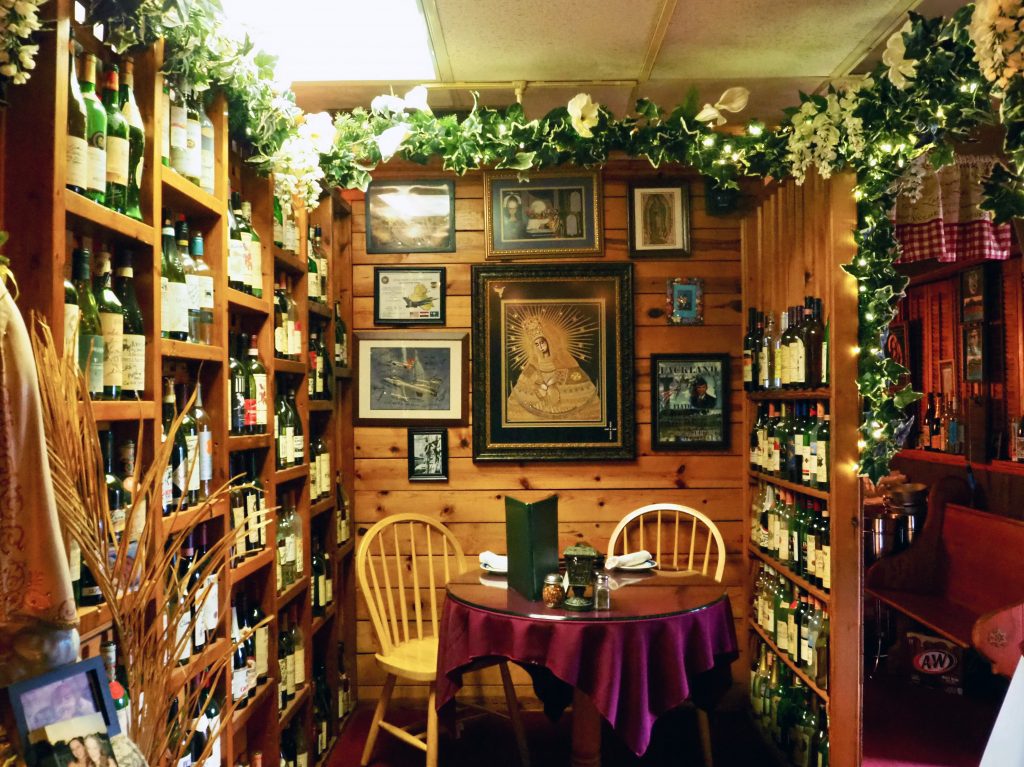 Religious art and mementos of good meals are both on full display at the Italian Connection.

While he may not be able to give full concentration to the mysteries while he is cooking, he believes simply saying the name of Mary is pleasing to her divine Son, Jesus: And he wants to be obedient to the directions of the Blessed Mother. He stressed, “Our Lady says to pray, pray, pray, pray. I’ll take that advice.”

Faith has long played a major role in his work. Originally from upstate New York, Fiato and his wife moved to Fort Wayne in the 1970s and chose to stay because of the city’s family atmosphere. Together they put three children through Catholic schools. A restauranteur for roughly 40 years, Fiato taught his children the importance of hard work through his example. They learned by working side by side with him in the restaurant.

This work ethic has taken root in their lives, as he is proud to say that two of his children are currently giving of themselves by serving in the U.S. Air Force.

Compartmentalizing faith and work has never crossed Fiato’s mind. He openly speaks of his faith and devotion to employees and to customers.

“Work is one of the ways that centers us. Jesus worked with His father, St. Joseph. He toiled. And it was not easy work.” 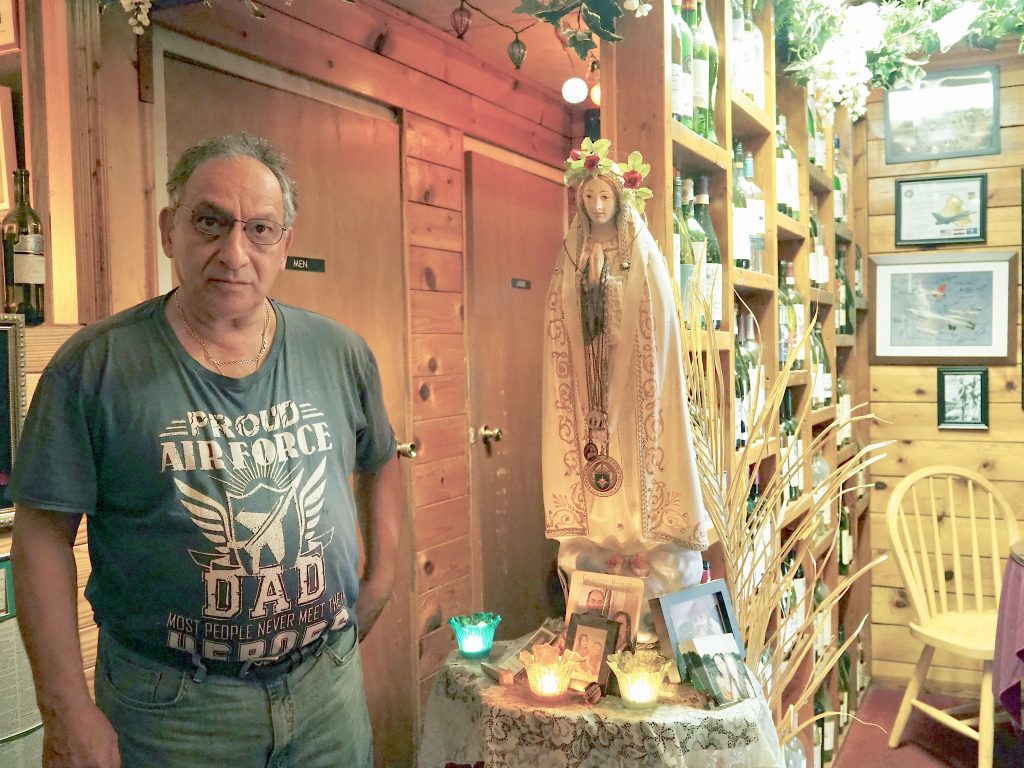 Photos by Jennifer Barton
Chef Alex Fiato feels that it’s his job here on earth to pray and to honor the Virgin Mary and her Son through all of his actions. It’s not unusual to find Fiato praying the rosary while he prepares meals in his Fort Wayne restaurant.

Fiato continues to be an ardent supporter of Catholic schools. He also actively assists his home parish of St. Aloysius, Yoder, with fundraising events such as spaghetti dinners.

When the Italian Connection first opened, it was blessed by Father Tom O’Connor in honor of St. Anne. “So, it was always dedicated to the Holy Family of Christ,” he shared.

Outside of the workplace, Fiato is a third-order Franciscan and belongs to the Father Solanus Casey Knights of Columbus Council, which is involved in bringing the Holy Shroud of Turin exhibit, a replica of the original, to parishes around the country. He has even journeyed to the Philippines to present the shroud replica to churches there. But his deepest devotion is to studying the volumes of “The Mystical City of God” by Venerable Mary of Jesus of Ágreda, a Franciscan nun and mystic from Spain who lived in the 17th century.

Fiato has been instrumental in the writing and publication of several books on the subject, most notably “Wisdom the Woman According to Agreda.”

Regardless of the good his prayers and evangelization may have brought about, Fiato is humble about his efforts, claiming that his efforts are “very lightweight in terms of accommodating what God would want from a life.”

He stated, “Christ suffered on the cross. It was from the loss of the human soul that He sweat blood. It was the loss of those who wouldn’t take advantage of His mercy that tormented Him.”

Making pasta, he asserted, is nothing compared to the work of Jesus and the Holy Family. Fiato sees his work as a means of providing for his own family and doing all things for the glory of God.

“Our job as we’re living now is, to the best of your ability, under the obedience of Christ and His Lady, (is to) pray, ‘guide my hand’ … and we will see more miracles.”