The Diocese of Fort Wayne-South Bend hosted a confirmation retreat at Bishop Dwenger High School on Saturday, March 12. More than 200 students registered for the retreat. The theme for the day was “Sealed by the Spirit.” Presentations were interspersed with Mass and reconciliation, adoration, recreation, arts and crafts and music. 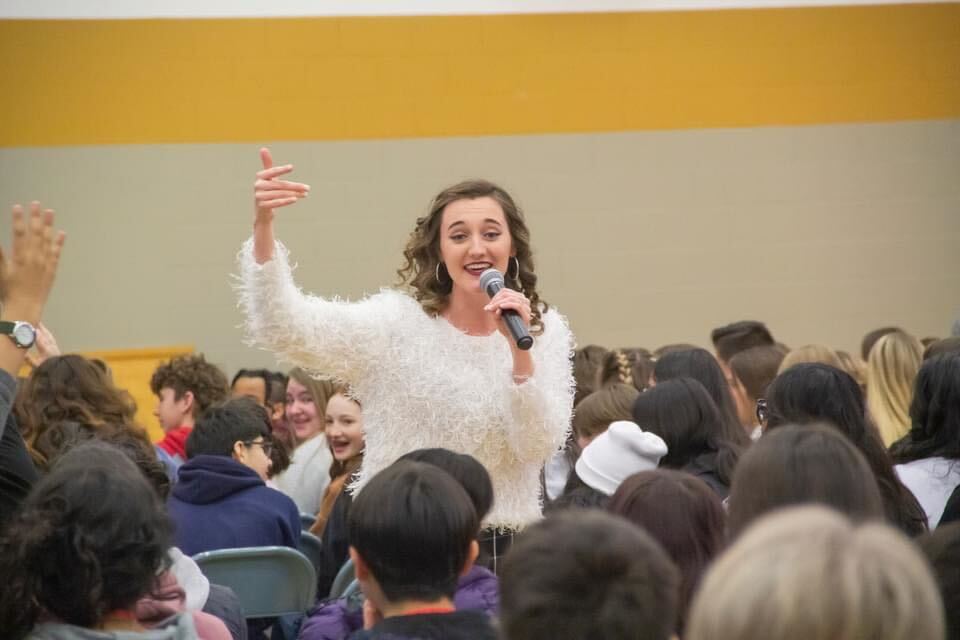 Photos by Joshua Schipper
Eighth-graders participating in the Fort Wayne confirmation retreat on March 12 at Bishop Dwenger High School had the opportunity to sing along to praise music during the afternoon.

Hannah Schaeffer, a singer from Columbia City, led those gathered in music and offered some inspiration. She encouraged the students to keep believing that there is a bigger plan for their lives and more to life than what can be seen in the present. She said that God wants everyone to open themselves and not be afraid of what God has planned for each person.

Marybeth Conway, a Damascus missionary, said that the Holy Spirit works in those who are open. She shared, “If you’re open to what God has planned for you, your life will forever change.” 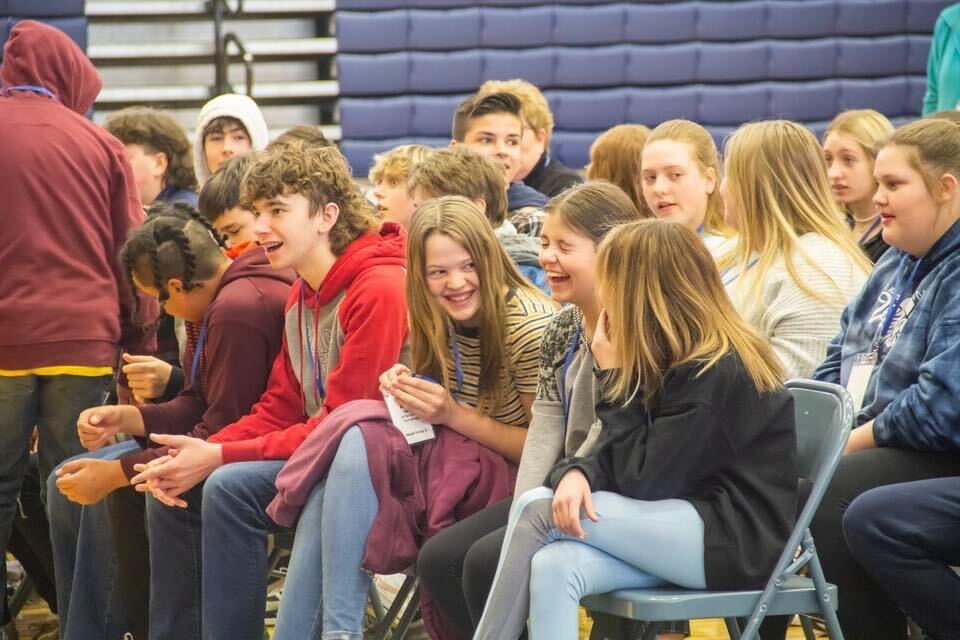 Students preparing for confirmation enjoy a moment of levity at the retreat.

Small groups were designed to answer questions and allow students to share with peers about the retreat and their journey to confirmation. Several students from St. John the Baptist in New Haven shared that their saint report inspired them. Caleb Linker said confirmation inspires him to go to Mass “forever and ever,” while Gunner McCarthy said, “As an adult in the Church, it’s my choice to go or not go to Mass” regardless of difficulty or obstacle. Gunner plans to be at Mass regularly.

Group leaders from Our Lady of Good Hope Parish encouraged participants to use their confirmation saint as their intercessor in prayer. They also explained the connection between baptism and confirmation using the analogy that baptism is the wax poured out and confirmation is the stamp that seals belief.

Students were also encouraged to pray for an increase in virtue during this time of preparation. They were asked to think about ways they can carry their faith into high school, such as choosing groups of friends who have the same values. 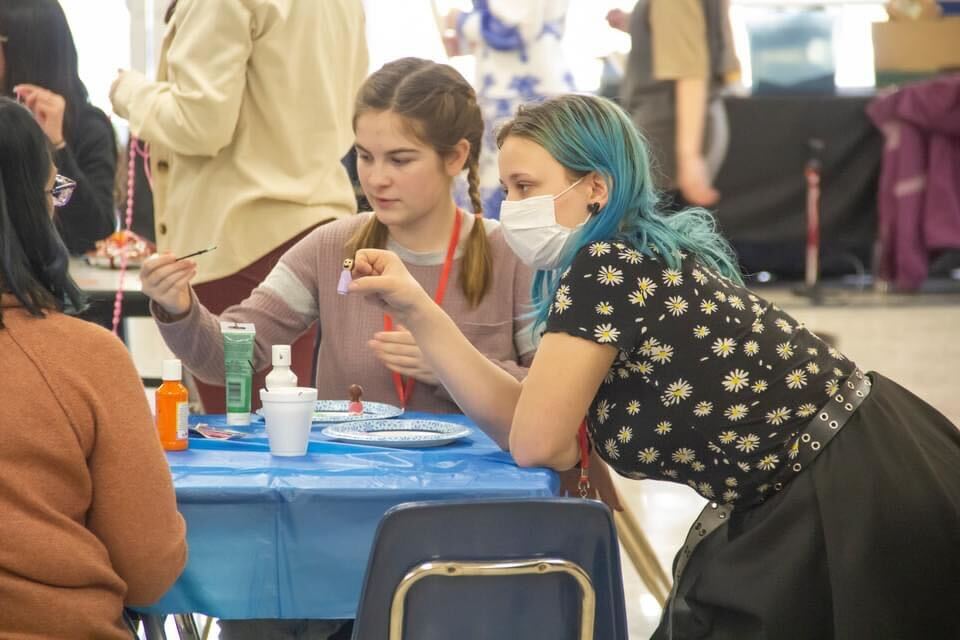 Mass in the All Saints Chapel preceded lunch. Father Nathan Maskal celebrated and encouraged participants to “do small things with great love,” per St. Teresa of Kolkata; and to live according to Jesus’ words of “Be reconciled, receive my love.” Father Maskal explained that confession is like a car wash. Baptism is like gaining a spot on a sports team, but confirmation allows the players to run the plays during the game. Confirmation is a continuation of that spiritual growth that began with baptism.

Daniel Rodriguez, another Damascus missionary, told retreat participants after lunch that he is originally from Columbia, South America, but moved to Ohio and played a professional sport. When the audience became excited by his professional career, he reminded them that professional sports are short-term opportunities, whereas God’s commitment is unwavering and everlasting.

Rodriguez told a story of when he was asked by his mother to visit a little boy named Max who had sustained life-threatening injuries and was expected to die. Rodriguez reluctantly went to the hospital with his mom. He heard a voice deep in his heart that said if he prayed, Jesus would let the little boy live. He prayed next to the little boy, but the boy did not awaken, and Rodriguez left. Max woke up on Easter Sunday many weeks later. Rodriguez proclaimed, “Today is the day God wants to give you strength to carry out His mission.”

Rodriguez further challenged participants by asking if they would be willing to stand up for the faith; to do something with their lives that is significant. The Holy Spirit makes actual what Jesus made possible. He told the youths that if they want to be great, they need to open up their hearts to what Jesus has designed for each individual and spread His good news in peace and love.

John Pratt, Director of Youth Ministry, had this to say about the day: “We hope that our students, as they prepare for confirmation, were able to encounter Christ on a retreat experience both through the talks as well as the sacrament opportunities of Mass and confession, and then also the witness of so many other young people their age preparing for the sacrament of confirmation.”