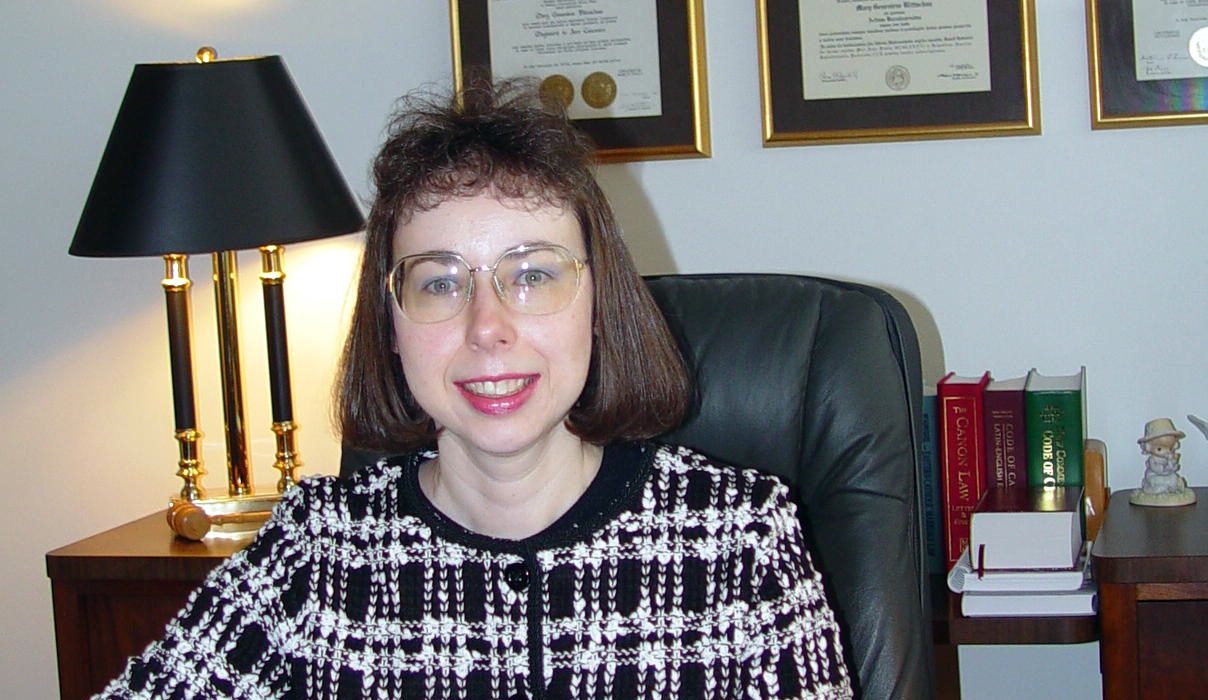 “Finally!” That was the first word shouted enthusiastically by Elaine Ritzert as she welcomed people to “Sing a New Church” at St. Clement Church in Boonville. Groundbreaking ceremonies were held at the church Nov. 1.

The ceremony was attended by about 125 people — enough to nearly fill the small church structure that has served the parish since the 1880s. Following the opening hymn in the church, Father Lowell Will began the ceremony with a prayer written for the occasion by Bishop Gerald A. Gettelfinger, who celebrated two confirmations that day and was not present for the Boonville ceremony.

Father Will and Deacon Thomas Lambert led a procession to the site of the new church building, which had been marked off in chalk just behind the current structure. Father Will noted that all of the people present were inside the location of the new worship space.

“It’s a great project,” said Ritzert in an interview following the ceremony, explaining her enthusiastic shout. “We’ve got to rejoice, we’re going to the house of the Lord!”

At the building site, Ritzert led the participants in the hymn, “All Are Welcome,” which includes the words, “Let us build a house where love can dwell,” and where “the love of Christ shall end divisions.”

“Yes, there were differences along the way,” Father Will noted in his comments. But now he prayed that the parish would “unite in love to move forward.”

“This is a victory for our entire parish,” said the pastor. He offered “congratulations and sincere thanks” to the parish community “on this momentous and God-blessed moment.” 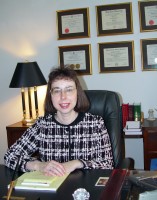 Mary Gen Blittschau has served as judge and assistant to the judicial vicar in the diocesan Tribunal. She says she sees her work not as a job or career but as a vocation. (Message photo by Mary Ann Hughes)

Woman has served as judge in diocesan Tribunal for 20 years

The strong deep faith of her parents was planted like a seed when Mary Gen Blittschau was a child, and over the years it has grown and flourished in her.

For the last 20 years, she has cherished that faith as she has served as judge and assistant to the judicial vicar in the diocesan Tribunal. She says she sees her work not as a job or career but as a vocation.

Until the early 1980s, Tribunal judges had been priests. That changed in 1983 when Pope John Paul II promulgated a revised code of canon law, updating the code from 1917. “I picked up a copy, read it, and found it fascinating — that these were the laws of the universal Church.
“I decided at that point to study cannon law,” she said

She was a pioneer. At the time, “it was a rarity to have a lay woman who was not a nun going into this field.” And when she completed her studies — at age 25 — she was told she was the youngest canon lawyer in the world. She is also the first lay person to be appointed to hold an ecclesiastical office in the Diocese of Evansville as judge.

Father Ken Walker is the diocesan Judicial Vicar and Vicar for Canonical Matters. “He has been a wonderful mentor, and a devoted priest with whom to work,” Mary Gen said. “He is a very approachable person who has a deep respect for the law of the Church and a genuine concern for the people we serve.”

Her 20 years in the Tribunal have “flown by,” she says.

Regarding petitions for Declaration of Nullity, she said that “ultimately, the Tribunal “must stand — first and foremost — to uphold the dignity and sanctity of marriage since the Church strongly teaches the indissolubility of marriage.”

Each case that she works on “has its own unique set of circumstances and is evaluated on its own merits,” she said, adding, “we pray that we are effective ministers in the Tribunal of canonical equity which is justice tempered with mercy.”

Diocese of Gary
Diocesan cemetery dedicates section for miscarriages
MICHIGAN CITY — Surrounded by the greenish-brown leaves of autumn, a statue of Jesus holding an infant now has a home at St. Stanislaus Cemetery. The statue is part of an area set aside for miscarriages. Bishop Dale J. Melczek, commenting on the beauty of the special garden, called the area a “place of great comfort and solace for so many people.”

Delivering the homily at the dedication ceremony Oct. 26, Bishop Melczek noted, “Jesus puts incredible value on every person, especially those set aside by society,” adding that Jesus sees himself in the unborn, those with disabilities, and the very aged.

“Every person is very unique and special to God,” the bishop continued. “Gathering today puts us on the side of the values of God. Today we give testimony to God’s love for every person.”

The yet unnamed area is comparable to the Providence section of St. John-St. Joseph Cemetery in Hammond, a section devoted to miscarriages, stillbirths, and other early childhood deaths dedicated in July 2004.

Although by law miscarriages (up to 20 weeks old) may be discarded as surgical waste, Catholic hospitals, such as Saint Anthony Medical Center in Crown Point and Saint Anthony Memorial in Michigan City, have been burying these children. Some of these children had been buried at Greenwood Cemetery, located across from St. Stanislaus Cemetery.

Others in recent years had been buried near the now-dedicated area in the diocesan cemetery at a memorial placed in 1955 by Mothers of World War II, Unit 157. “It’s just nice to have a special area set aside for babies,” said Kathy Dabkowski, an obstetrics nurse at Saint Anthony Memorial who delivered the intercessions at the dedication service.

Members of St. Paul Parish in Tell City fill their parish church on Nov. 1 at the start of a Mass to celebrate the faith community’s 150th anniversary as Archbishop Daniel M. Buechlein, Bishop-designate Paul D. Etienne, St. Paul’s pastor, and other priests who have ministered at the parish process into the church. (Photo by Sean Gallagher)

TELL CITY—Parish anniversaries are ordinarily occasions to celebrate the history of a faith community.

In the days leading up to the celebration of the 150th anniversary of the founding of St. Paul Parish in Tell City, history was instead being made.
On Oct. 19, members of the southern Indiana parish learned that their pastor, Father Paul D. Etienne, who is also a son of the parish, had been appointed the new bishop of Cheyenne, Wyo.

Less than two weeks later, on Nov. 1, the parishioners gathered at the parish’s church with their pastor, other priests who have previously ministered there and Archbishop Daniel M. Buechlein to celebrate the parish’s anniversary during a festive Mass on the Solemnity of All Saints.

When the pastor’s episcopal appointment was mentioned a couple of times during the Mass, parishioners applauded loudly. Yet
Bishop-designate Etienne kept the focus on the parish during his homily.

“This parish, and every parish, exists to sanctify us, to make us holy,” said Bishop-designate Etienne after noting how it is fitting to celebrate a parish anniversary on All Saints Day.

“It’s a great reminder to us that that’s the desire of our heart, hopefully, to begin every day, to lead lives that are holy and pleasing to God.”
He asked those present to consider that deceased members of the parish and priests and religious who ministered there might now be saints in heaven.

“Just think of the many people over these 150 years, kind of like a procession of the saints in the heavenly banquet, who have processed in and out of these doors and in and out of the other church buildings that existed here before this one,” Bishop-designate Etienne said, “coming to give praise and thanks to God, coming to encounter the living God in the person of Jesus Christ, coming to be incorporated into the very life of Christ and to carry him again out into this local community of Tell City and Perry County.”

(For this story and more news from the Archdiocese of Indianapolis, log on to the website of The Criterion at www.CriterionOnline.com)