The days are getting shorter, the weather is turning crisper, and school is back in session. For area sports fans, that means another season of high school football has arrived. The Diocese of Fort Wayne-South Bend is blessed to have a quartet of parochial prep pigskin programs: Bishop Dwenger, Bishop Luers, Marian, and St. Joseph. Together, these teams have achieved an unparalleled level of success over the years, accounting for a combined 76 sectional titles, 57 regional crowns, and 20 state championships. With a new season kicking off this week, Today’s Catholic checks in on our four diocesan high school squads. 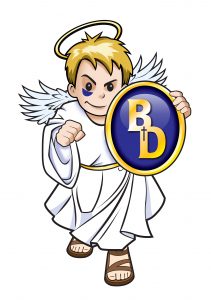 It didn’t take long for Bishop Dwenger head coach Jason Garrett to notice something different about his 2022 football team.

“I’ve said all along, this is probably one of the closest teams that I’ve been associated with in any sport,” said Garrett. “I really feel good about our senior leadership.”

A trio of seniors comprise the Saints’ defensive front, as Ashton Skarie, Elijah Douge, and Ethan Pflueger look to set the tone for the Dwenger defense. They’re joined by senior Teddy Steele at corner and plenty of new faces at the linebacker core. “It’s young, but we got some hungry guys,” said Garrett. “The junior and sophomore classes are strong.”

The Saints’ offensive attack will revolve around Sam Campbell. After waiting his turn and lining up at slot receiver, corner, and returner the last two years, the senior gets his shot at quarterback this season. Garrett said the experience and knowledge that Campbell has soaked up all over the field will pay dividends this year as he transitions to signal caller.

“Campbell’s pretty electric with some of the things we look to do with him,” said Garrett. “Our job is to put him into position to be creative. If we get the right guys around him and put the scheme together correctly, I think he can do some wonderful things and lead the team.”

If Campbell does just that, the Saints could end up hoisting their sixth straight sectional trophy, the second-longest such streak in the program’s storied history.

Bishop Dwenger opens its season vs. Wayne on Aug. 19. 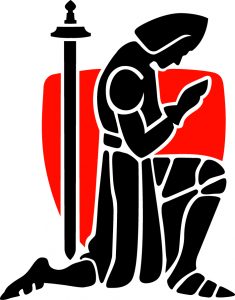 Even though the calendar has flipped, the Bishop Luers Knights are carrying the highs and the lows of last season with them.

“The main lesson about last year is that hard work does pay off,” said head coach Kyle Lindsay, whose team was crowned conference tri-champion before falling in the sectional championship. “There’s obviously no guarantees – you play each and every down like it’s your last.”

The Knights were hit hard by graduation, losing nine offensive starters – most notably, record-setting quarterback Carson Clark. Although senior Charlie Stanski is slotted to take his place, Lindsay plans to lean heavily on the ground attack this year.

“One way you replace a Carson Clark is by having a strong running game,” explained Lindsay. “I firmly believe we have four or five varsity-ready running backs that probably share the load a bit.” Among them are RJ Hogue, Gio Jimenez and “an absolute monster running the ball” in Mickey Daring. Helping pave the way will be twin tackles Jaden and Jordan Sykes.

The Luers defense is led by Nick Thompson, an impact player as a corner on defense and the primary receiver on offense. Daring will also get the nod at middle linebacker to lead a fast and experienced unit.

“Our defense really got better week in and week out last year,” said Lindsay. “I’m excited to see how strong they can play. I do believe that they have the capability to be a championship-level defense.”

Bishop Luers opens its season vs. Carroll on Aug. 19. 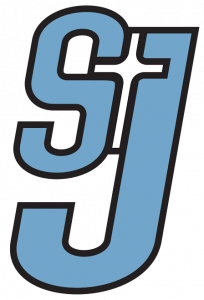 A familiar face to Saint Joseph football fans has returned to the sidelines this fall. Ben Downey is back in his second stint as head coach of the Indians, seven years after stepping down from the same position.

“I was in the building,” explained Downey of his return, “teaching at a school whose student athletes and football program I care deeply about.” The position opened up when previous head coach Byron Whitten resigned in December after six seasons at the helm of the program.

Downey inherits a squad boasting 15 returning starters, including nine on defense. Linebackers Austin Futa and Elijah Keultjes look to anchor the defense, while senior Marvin Lopez will line up under center. With Holden Laudeman bolstering the offensive line and capable wideouts in Sam Sparks and Antonio Morrell, the Indians will rely on their “athleticism and feistiness” to keep them competitive.

In Downey’s first stint as Saint Joseph’s head coach, he guided the Indians to back-to-back state title games and six straight winning seasons. In order for the program to recapture this success, Downey said a number of things need to change.

“We need to overcome adversity, take all steps needed to remain healthy, develop good habits, and combat the negative recruiting that others have used against us,” said Downey. “We also need to find builders in the bandwagon era,” he said, referencing players and coaches who are willing to put in the time and energy to rebuild a program.

Saint Joseph opens its season at Lakeland on Aug. 19. 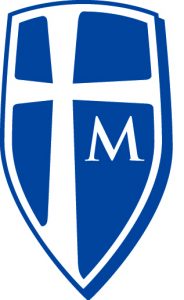 As the old adage says, football is won at the line of scrimmage. That’s good news for Marian head coach Mike Davidson.

“On both sides of the ball, our line should be our strength,” said Davidson. “And those skill guys are going to have to grow up pretty quick.”

The Knights’ offensive line welcomes back Giovanni Garcia, Jack Brennan, and Kyle Dennison, while Dennison and Mikey Fuller return to the defensive front. Brian Bultinck and Michael Przygoda will also be back at their safety positions, while Kaden Middleton and Aidan Kelly should provide strength at linebacker.

However, the offensive skill positions were gutted by graduation. That means junior Bryce Lasane, who returns at quarterback, will be tasked with incorporating new faces into the offense. Davidson said he’s enjoyed watching Lasane’s progress on the field.

“He’s got a natural physical skillset, arm strength, and footwork,” said Davidson. “To see that leadership and coaching coming out of him – those are a couple intangibles that at the quarterback position you really need.”

The Knights will need that leadership if they are to take the next step in the tournament this year. Marian has captured three straight regional titles but has come up short in the semi-state round each time, last year by a single point.

“If we stay healthy and our guys continue to overcome the adversity that’s going to hit at some point, I like what ultimately we can become,” said Davidson. “It’s just a matter of working to get there.”

Marian opens its season vs. Mishawaka on Aug. 19.