CHICAGO (CNS) — An analysis conducted by the staff of Catholic Extension found that dioceses it supports financially have the nation’s most — and least — severe COVID-19 infection rates.

The Diocese of Houma-Thibodaux, Louisiana, heads all U.S. Latin-rite diocese with an infection rate of 4,722 per 100,000 people, according to the analysis, released June 16. The diocese is close to the Archdiocese of New Orleans, where the coronavirus spread early and often, especially in communities of color. Further, the poverty rate in the diocese exceeds 18% — much higher than the national average.

“Our hearts are wounded for the many souls mourned as African American communities across the nation are being disproportionately infected with and dying from the virus that causes COVID-19,” Bishop Shelton T. Fabre of Houma-Thibodaux, chairman of the U.S. bishops’ Ad Hoc Committee Against Racism, had said in a May 4 statement. 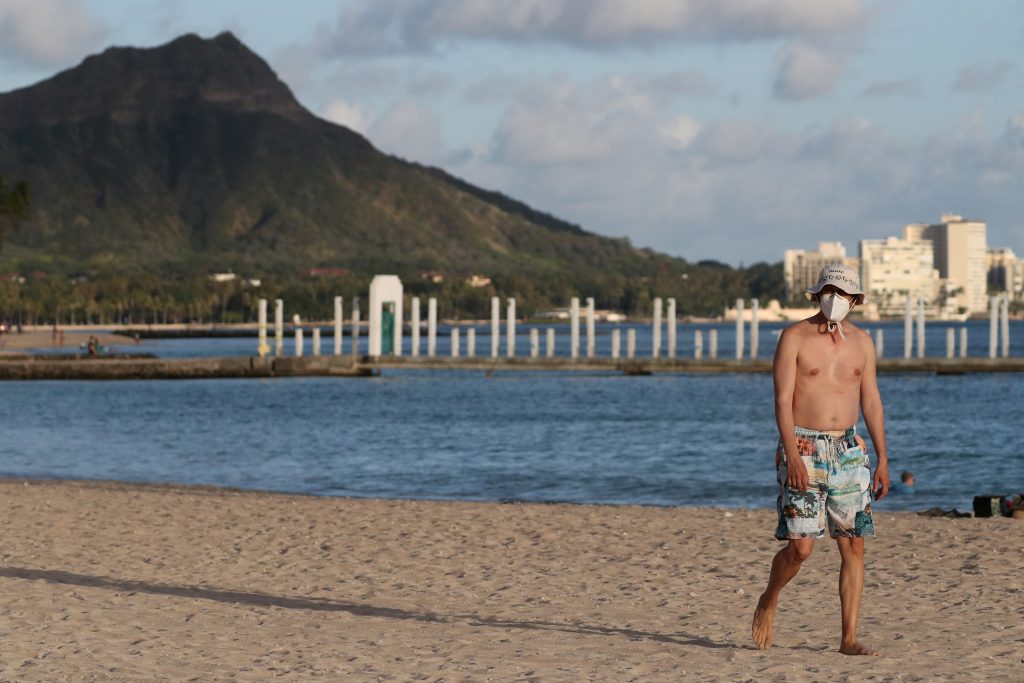 A person in Honolulu walks on the beach April 28, 2020, during the coronavirus pandemic. Catholic Extension reviewed the latest data from the Centers for Disease Control to analyze COVID-19 infection rates county-by-county among 177 Latin-rite Catholic dioceses of the United States. The Diocese of Honolulu had the third-lowest infection rate with 47 per 100,000 people. (CNS photo/Marco Garcia, Reuters)

Houma-Thibodaux’s infection rate is 64% higher than the second-worst diocese, the Diocese of Rockville Centre, New York, at 2,869 infections per 100,000.

The Diocese of Gallup, New Mexico, was third worst at 2,665 infections per 100,000. The Navajo population in the diocese was an early hot spot for infection, according to Catholic Extension.

While most of the dioceses with the highest infection rates are densely populated areas along the Northeast Corridor, Catholic Extension said Dodge City and Amarillo are home to industrial farming and meatpacking plants that were susceptible to outbreaks.

On the other side of the ledger, Catholic Extension-supported dioceses accounted for 13 of the 20 dioceses with the lowest infection rates, including six of the top seven in that category.

Leading the way was the remote Diocese of Fairbanks, Alaska, with an infection rate of 2 per 100,000. Its territory — roughly equal to the combined area of California, Oregon, Washington and Idaho — is home to only 13,000 Catholics.

The majority of the parishes consist of Native Alaskans living in isolated villages, accessible only by plane, according to Catholic Extension. As a precautionary measure, Alaskan dioceses discontinued the visits of fly-in sacramental ministers, many of whom are funded by Catholic Extension, to ensure that the virus would not spread to vulnerable villages with limited health care access.

Fairbanks’ infection rate is 21 times lower than that of the second-lowest diocese, Marquette, Michigan, with 42 cases per 100,000. 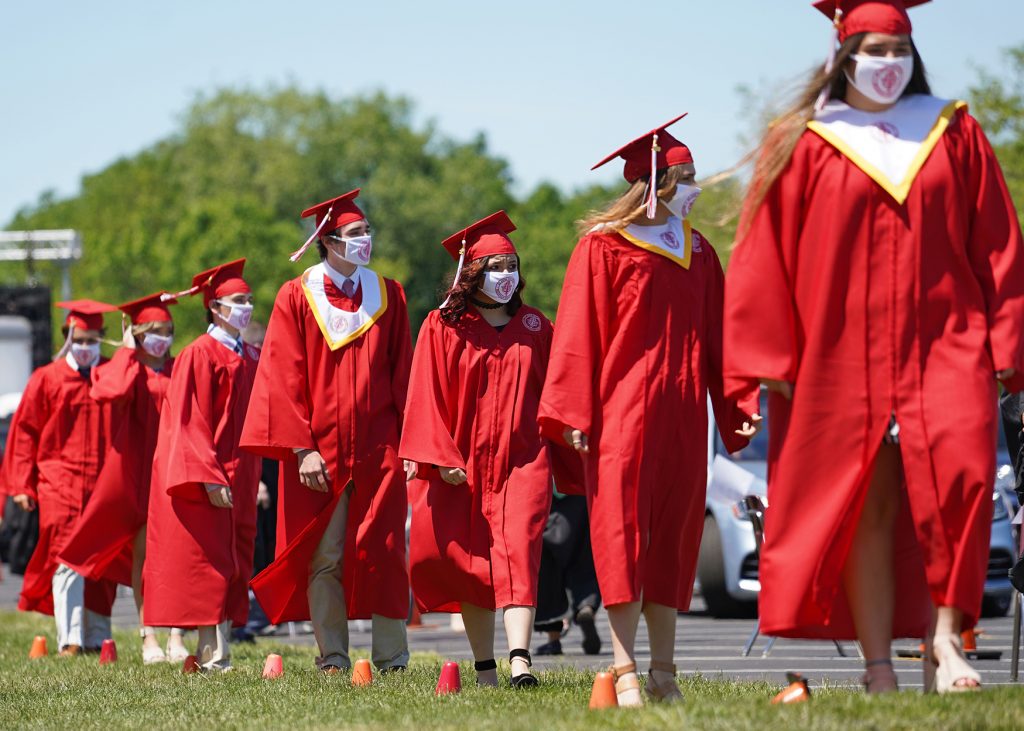 Graduating seniors line up to receive their diplomas after exiting their vehicles during a drive-in commencement exercise June 14, 2020, at St. John the Baptist Diocesan High School in West Islip, N.Y. Catholic Extension reviewed the latest data from the Centers for Disease Control to analyze COVID-19 infection rates county-by-county among 177 Latin-rite Catholic dioceses of the United States. The Diocese of Rockville Centre had the second-highest infection rate with 2,869 per 100,000 people. (CNS photo/Gregory A. Shemitz)

Catholic Extension, based in Chicago, used data from the 2010 census and the Official Catholic Directory — as well as data from the Centers for Disease Control and Prevention sourced from USAfacts.org — to arrive at its findings.

Founded in 1905, Catholic Extension supports the work and ministries of U.S. mission dioceses. It raises and distributes funds to support these dioceses, many of which are rural, cover a large geographic area, and have limited personnel and pastoral resources.