WASHINGTON (CNS) — The keynote address at an annual conference for Catholic educators embracing classical Catholic education reinforced that what they are doing is important.

“If we don’t get Catholic education right, we don’t have a future,” Mary Rice Hasson, author and fellow at the Ethics and Public Policy Center in Washington, told about 200 participants at the Institute for Catholic Liberal Education’s national conference July 22 at The Catholic University of America in Washington. The July 22-25 conference, co-hosted by Catholic University, offered keynote addresses, workshops on teaching methods and topics for superintendents, school leaders, teachers and pastors. 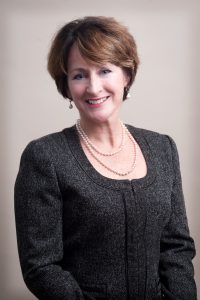 Mary Rice Hasson, author and fellow at the Ethics and Public Policy Center in Washington, is pictured in an undated photo. Hasson told about 200 participants at the Institute for Catholic Liberal Education’s national conference July 22, 2019, at The Catholic University of America in Washington: “If we don’t get Catholic education right, we don’t have a future.” (CNS photo/James O’Gara, courtesy Ethics and Public Policy Center)

Although Hasson didn’t speak directly to the type of education these educators have taken up, which emphasizes classical Greek and Roman sources along with the works of ancient fathers of the Church and theologians, she did address the overall goal of these schools, which is students’ spiritual formation. She also stressed the urgent need for spiritually-rooted Catholic education to combat what she described as the growing influence of secular culture in today’s public or government schools.

Essentially speaking to the choir, Hasson said: “Catholic education is the single most important thing our Church needs right now.” Citing statistics about young people leaving the Church, she said these numbers point to “a long failure to impart the faith to the next generation,” which she stressed makes the “task before us all the more important.”

She said the number of Catholics leaving the Church, particularly millennials, is sobering.

“The future of the church looks bleak,” she said, but quickly added: “From a faith perspective, it is never bleak.”

As she sees it, the trend of young people leaving the Church is directly related to the pull of secular culture prevalent in today’s public schools attended by nine out of 10 children in the United States and 88 percent of Catholic schoolchildren. She said that even though many Catholics send their children to parish religious education programs, she wondered about the influence one hour a week provides for the “onslaught” these students receive every day.

Hasson, who last year co-wrote, with her sister, Theresa Farnan, a book with this same theme: “Get Out Now: Why You Should Pull Your Child From Public School Before It’s Too Late,” told the conference attendees that there has been a “decades-long failure to impart the faith to the next generation, which makes the task before us all the more important.”

“We are at a turning point because of where the culture is,” she said, specifically emphasizing the impact of gender ideology — or the claim that one’s gender is fluid and detached from one’s sex — and adding: “Our kids are absorbing a vision that is radically at odds with our teaching.”

Hasson, a mother of seven who also directs the Catholic Women’s Forum with the Ethics and Public Policy Center, told the group of educators looking at new ways to teach Catholic school students and revive Catholic schools, that Catholics have “outsourced the education of our children to a secular system” and that the “secular culture is having its way with our kids, pulling them out.”

One positive aspect of the current societal trends, particularly with an emphasis on gender ideology, she said, is that it provides a chance for people to speak the truth. For example, she said the conference participants were bringing “not a new program, but a new way of education” to Catholics which could have a big impact.

“That’s your task; I’m thankful you’re here. Keep it up,” she encouraged them, saying their efforts would eventually bring about an “uptick in numbers” of young people staying in the Church.