Catholic Charities provides an array of social services to people living throughout the diocese. Among its many programs, it is one of three organizations statewide authorized to accept refugees for resettlement in Indiana, a role that grew out of its affiliation with the U.S. Conference of Catholic Bishops. The USCCB is also one of nine organizations nationally that the U.S. Department of State works with to resettle refugees.

Last year, 189 refugees were resettled by Catholic Charities in the diocese. Over the past five years, 1,224 refugees have been resettled. 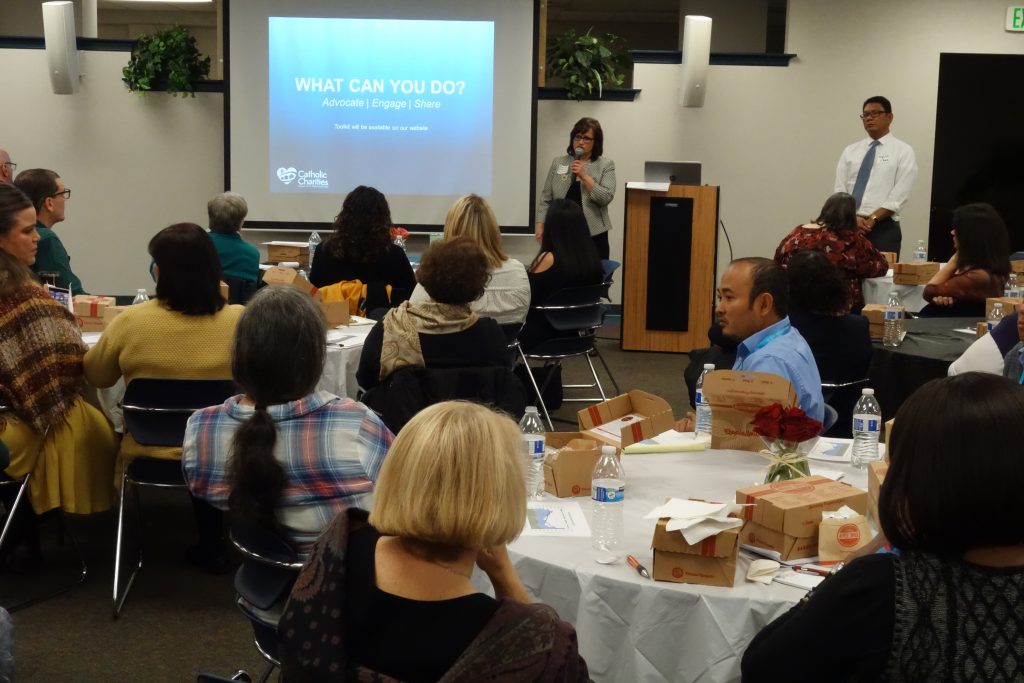 Even in the best of times, information the public receives can be incorrect or people can be confused, Gloria Whitcraft, chief executive officer, said after the general information session. “We felt we are the only organization to provide correct, factual information.”

Much of the discussion following the general information session involved President Donald Trump’s Presidential Determination on Refugees for 2020. In the Presidential Determination order, Trump set 18,000 as the maximum number of refugees that can enter the United States in fiscal year 2020: That limit is down significantly from the 30,000 allowed to enter in fiscal year 2019 and below refugee admission ceilings in many previous years, said Nyein Chan, Catholic Charities resettlement director.

Chan stressed that refugee resettlement is a last resort. The United Nations first tries to determine if the person safely can return home. If that isn’t an option, Chan said the UN tries to arrange for refugees to stay and start new lives in the host country where they fled their homeland. Only if that isn’t possible will the person be considered as a candidate for refugee resettlement in a third country.

But at the end of 2018, nearly 71 million people worldwide had been forcibly displaced from their homes by war, violence and persecution, the United Nations High Commissioner for Refugees reported. Nearly 26 million of those people were refugees, and more than half of refugees are children.

Executive Order 13888 requires that, with limited exceptions, before a refugee resettlement agency such as Catholic Charities can place refugees in a community, it first must obtain consent from the governor and from the local government leader of the community in which the refugees will settle, Chan said. Even if a mayor approves, refugees can’t be resettled if the governor declines to give consent. The executive order will take effect no later than Dec. 25.

Catholic Charities of Northeast Indiana resettles refugees mainly in Fort Wayne, South Bend and Goshen, Whitcraft said. As the order takes effect, before settling refugees in those cities Catholic Charities will have to obtain Gov. Eric Holcomb’s consent and the approval of each city’s mayor.

The wording of the executive order is vague, however, so it’s unclear whether the governor or a mayor can place his or her own limits on refugee resettlement, Chan and Whitcraft said. 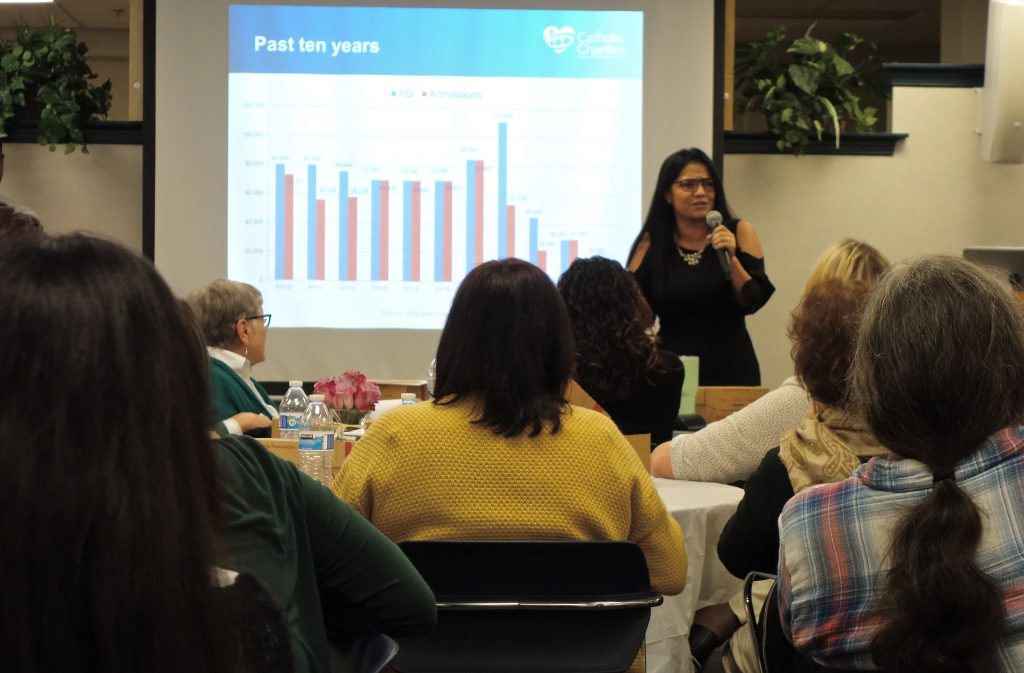 A Trump administration rule change regarding asylum seekers now prevents people from seeking asylum in the United States if they pass through another country to get to the U.S. border. A preliminary federal court injunction had blocked use of the rule, but the U.S. Supreme Court halted the preliminary injunction. The full case has yet to be decided in federal court.

The federal government also has launched a new system that expedites the asylum interview process for some migrants but also has resulted in a higher percentage of denials, Ostrognai said. Previously, people seeking asylum often could stay in the U.S. for two or three years while their case worked its way through the system.

Another major issue affecting immigrants already in the U.S. is also still undecided: The U.S. House of Representatives has passed the American Dream and Promise Act, which would help Deferred Action for Childhood Arrivals program participants by offering protections from deportation and a path to citizenship, Ostrognai said. The bill, which still needs approval from the U.S. Senate and Trump’s support to become law, also would help people in the United States on Temporary Protected Status — those who enter the country after a catastrophic event in their homeland.

In closing, Whitcraft said many Northeast Indiana employers support allowing immigration and refugee resettlement, and she noted the thousands of job openings in the region.

Poverty also isn’t the only reason people try to come to the United States, she pointed out. In their home countries, many face death threats or threats to their children if the young people won’t join a criminal gang or drug cartel. Families are desperate to save their lives and especially their children’s lives.

It will be interesting to see how many new immigrants and refugees arrive under the new policies, said Jennifer Heffernan, director of Title III/English Learners services at East Allen County Schools in the Fort Wayne area, who attended the education session. EACS has a sizable population of students from the Burmese refugee community in Fort Wayne.

The new arrivals total will impact how much school districts seek in federal and state grant funding to help the new students become proficient in English if it isn’t their first language, Heffernan said.

The Catholic Charities update also provided those attending with information to talk with others about immigration and refugee resettlement issues.