FORT WAYNE — Like Karen Bender, refugee health coordinator for Catholic Charities of the Diocese of Fort Wayne-South Bend, many people watched news footage of the evacuation scenes at the Kabul airport in Afghanistan earlier this month with utter heartbreak. It was devastating to see the abundance of desperate people needing to flee to safety and view the lines of people waiting to board a flight that they would never get on. 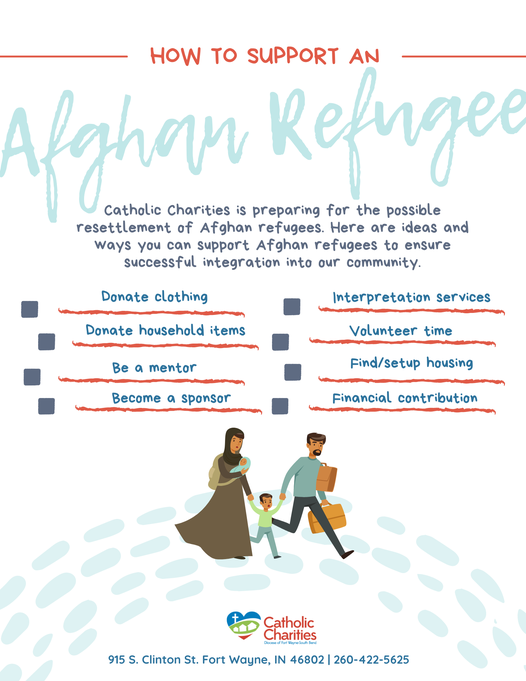 For National Migration Week, which was observed Sept. 20 to 26, Bender shared her experience of working with Afghan families at an entry point in Texas.

“Overnight, so many lives changed; so many people were forced to make split-second decisions to ensure their children’s safety,” she said. “When presented with the opportunity to provide humanitarian and resettlement aid to Afghan evacuees at Fort Bliss Military Base, I knew God was calling me to serve.”

Bender began working at Catholic Charities as a refugee resettlement intern in 2007 and has spent the last 10 years aiding refugees as a resettlement assistant, community liaison, case manager, health coordinator and supervisor in the department. During those 10 years, she said, she has heard heartbreaking stories of families making tragic, harrowing choices in an effort to escape a myriad of dangers lurking around their home.

She knew she would be right for this month-long assignment at Fort Bliss and left Fort Wayne with the prayers of her fellow Catholic Charities staff members. 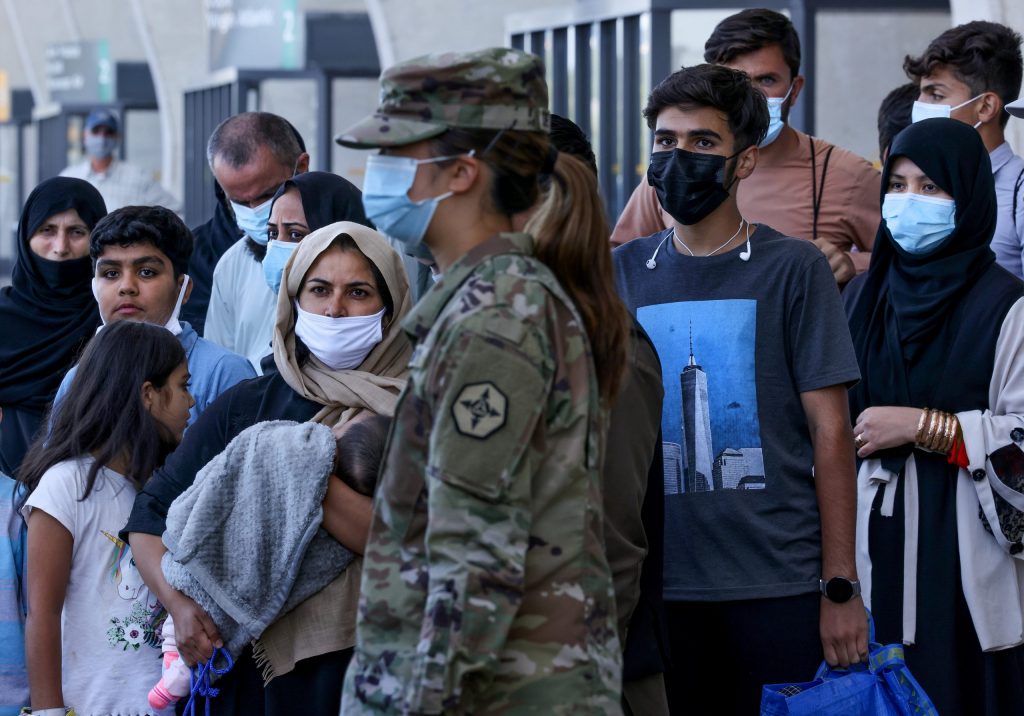 CNS photo/Evelyn Hockstein, Reuters
Catholic Charities chapters across the country are assisting with the relocation of men, women and children who fled Afghanistan following the withdrawal of U.S. troops earlier this month. Karen Bender, refugee health coordinator for Catholic Charities of the Diocese of Fort Wayne-South Bend, is at Fort Bliss, Texas, helping to process the refugees, who are arriving at several national airports including Dulles International in Virginia, above.

Flying down to El Paso, Texas, at the end of August, her personal goal was to be welcoming and kind to a population group that was arriving to face discrimination, as well as language, cultural and basic need challenges. “Just like most of my clients, they had to flee from their home. They have experienced trauma; families have been separated; they’re scared, they’re anxious and to top it off, they’re in a foreign land.” But at least now, she said, they are safe.

The evacuees, who are referred to as guests, are currently housed at the base. The nongovernmental organization workers like Bender live offsite and board buses at 8 a.m. to arrive at the base for work around 9 a.m. All day, they welcome new cohorts of evacuees and process families as they move through the relocation procedures. The NGO workers begin boarding buses at 6 p.m. to arrive back at hotels in El Paso around 7 p.m. There have been no weekends off because the goal is to get the guests processed, off the base and into their new homes as soon as possible.

According to a report from Catholic News Service Sept. 15, Catholic Charities organizations in several cities in the United States, including Oklahoma City and Tulsa, Oklahoma; Cleveland; and Jefferson City, Missouri; are preparing to settle hundreds of refugees each in the coming weeks. The Afghans transported to the U.S. hold Special Immigrant Visas. In total, Migration and Refugee Services of the USCCB has been contacted by the State Department to resettle 7,500 people. Bender’s desire is that they will be welcomed as they adjust to a new culture, a new language and a new home.

“During National Migration Week, I hope people can take a moment to put themselves in the shoes of our guests and say a prayer for them,” asked Bender. “I will be finishing out my assignment in Texas later this month and return to Catholic Charities in Fort Wayne. There, we hope to continue our tradition of serving all those in need as Christ would have us do, by reunifying these broken families and giving them the tools they need to rebuild their lives in our community. Please join me in our mission by volunteering as a mentor, teacher, donor, translator or just a welcoming face!”