Making them visualize the story of the good Samaritan, she asked them to graft it onto their own lives, imploring, “Who is lying by the side of the road?” and later, “Am I one of the priests or Levites who passed by?”

It is this reflection that Sister Markham wants Catholics, and indeed all people around the country to keep in mind when thinking about the plight of immigrants and refugees worldwide. “Tending to the suffering … is not easy work” she said, adding that we must all “confront (our) biases” if we are to truly do the work of Christ. 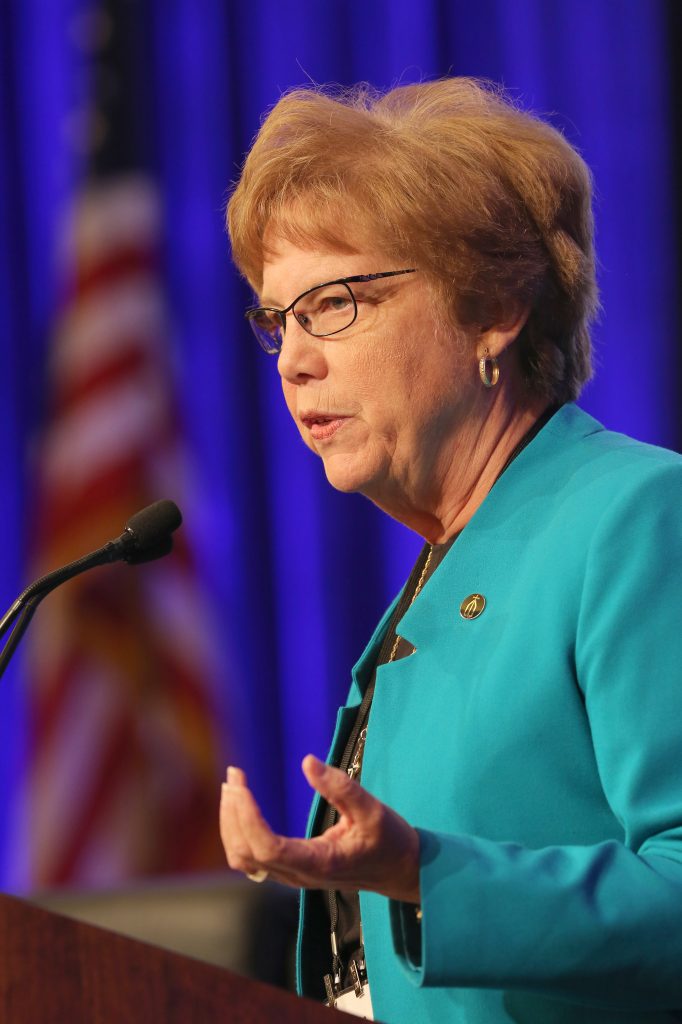 Sister Markham admitted that her sheltered suburban upbringing initially prevented her, as it may prevent many in the United States, from recognizing the struggles of the most desperate.

“I come from a homogenous suburban background. … I never had contact with people who had to run for their lives,” said Sister Markham.

But her experience, and her heart, changed when she and her convent took in a young Romanian couple in the ‘90s that was fleeing persecution in their homeland. Both the man and the woman were bursting with potential, the man an engineer and the woman a concert pianist.

And both had suffered unspeakable torture at the hands of their government.

When Sister Markham’s convent welcomed them at Christmastime and she slowly discovered the humanity of the couple, she was forced to re-evaluate what she thought about refugees up to that point.

“I had harbored a bias,” Sister Markham related, “that refugees had come for … a handout.” She now realized that she was lucky to have met people whose stories of suffering were so similar to those of Christ: “I am privileged to hear the stories of those … who have lost everything.”

And this encounter energized her for the rest of her life. She continued to help immigrants throughout her career, and now presides over Catholic Charities USA, which, with its network of local affiliates, is one of the primary providers of care and housing to asylum-seekers in the United States and runs programs for them at over 4,000 sites, including important ports of entry, like McAllen, Texas, and Nogales, Arizona. 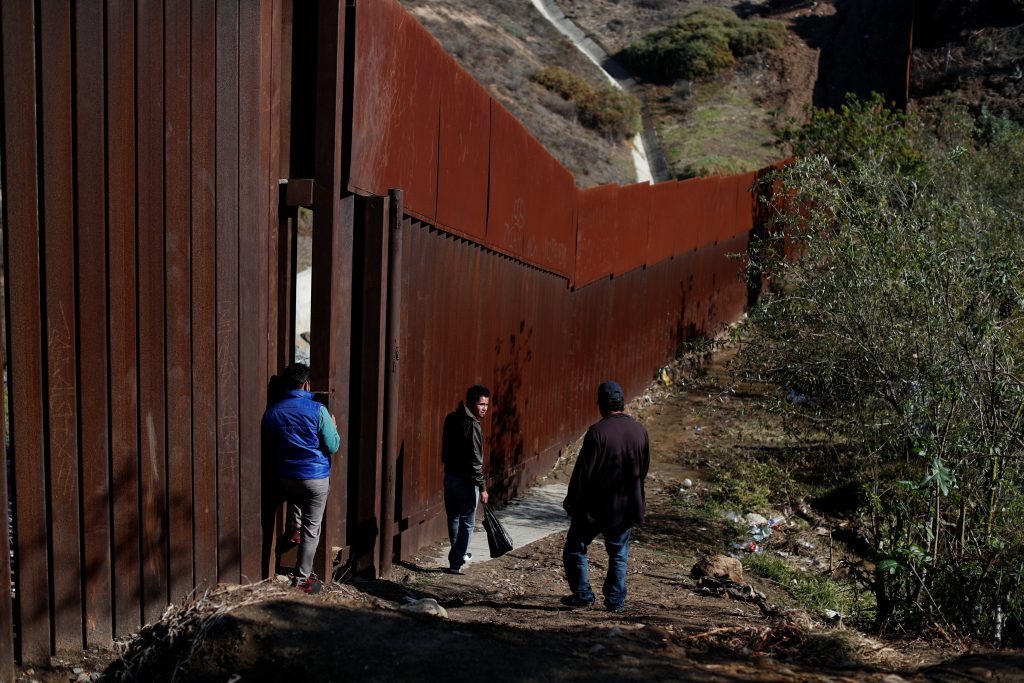 Migrants, part of a caravan of thousands from Central America, trying to reach the United States, walk next to the border wall Dec. 8, 2018, as they try to cross into the U.S from Tijuana, Mexico. (CNS photo/Carlos Garcia Rawlins, Reuters)

She lamented that the United States has recently been making the window of opportunity for asylum-seekers increasingly narrow, as the rules for who can apply for asylum constantly fluctuate and asylum ceilings continue to drop. She revealed that Catholic Charities would be “lucky” if 5,000 are admitted this year.

But, amid the uncertainty, she maintains faith in the humanity of people across the globe.

She finished by sharing a story of “transcontinental human goodness,” a story that she counted herself fortunate to have taken part in.

Two brothers from Honduras, Carlos and Edwin, were on the run from their home country when gangs sought to do them harm. Carlos, who had been shot in the back three times, was paralyzed and was pushed in a chair by his brother throughout the entire 2,000-mile journey to the southern border of the U.S. The journey took one year.

When they arrived at Nogales, Sister Markham conveyed that “they were terrified” of being returned to Honduras, and every month they waited in detention the clock was ticking down to their deportation. But Catholic Charities was able to place them with Dominican friars in Chicago, who with Sister Markham’s help were eventually able to find them a place in Canada.

Referring to the love of the brothers and the love of all across the U.S. and Canada who had made their trip a success, Sister Markham commented, “This is what our life is about … we have to welcome the stranger. … I would say these are the faces of the Christ.”