NAIROBI, Kenya (CNS) — Amid fears that many areas in Ethiopia’s Tigray region remained unsafe, Catholic humanitarian agencies and their partners were moving food and other supplies to locations near the border of Tigray, where a month of fighting has left thousands without food, medicine and other basic needs.

“Catholic Relief Services and its church partners have distributed food to displaced populations in Amhara (region) along the border of Tigray and in parts of western Tigray,” John Shumlansky, Catholic Relief Services’ Ethiopia country representative, told Catholic News Service. “As other areas become accessible, we will continue to support people in need.”

The agency and its church partners have delivered food basics to some 400 families displaced in the conflict and will be “moving temporary shelter materials, blankets, sleeping mats, cooking items and hygiene kits to the same areas to support about 500 families in the coming days,” said Shumlansky. 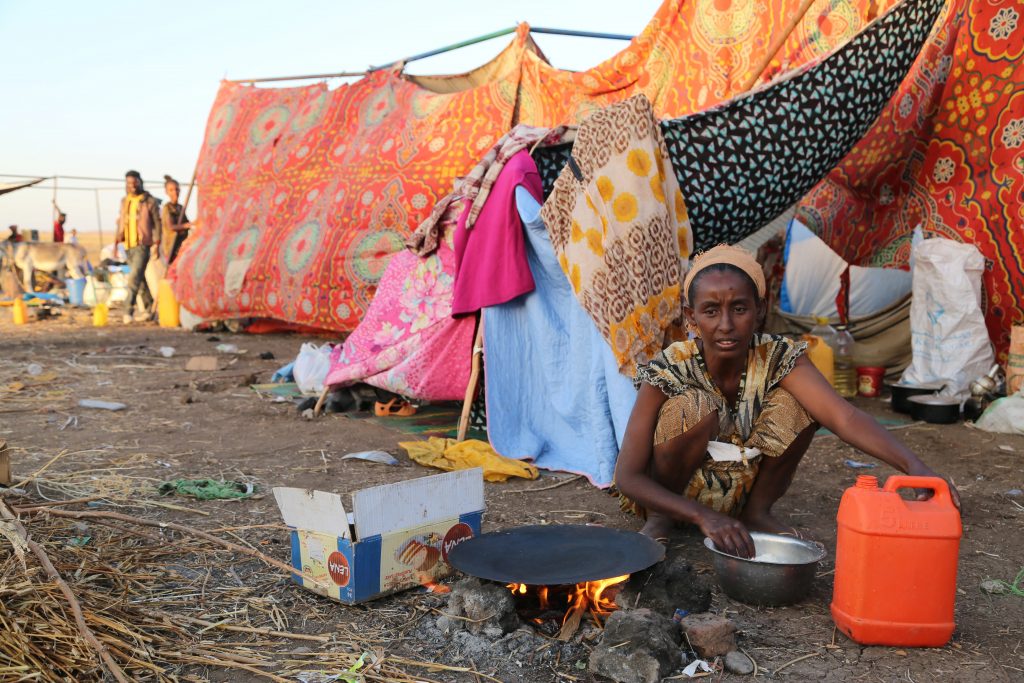 An Ethiopian who fled the ongoing fighting in Tigray region prepares a meal before being processed for emergency food and logistics support by the World Food Program at a camp in Kassala, Sudan, Nov. 17, 2020. (CNS photo/World Food Program handout via Reuters)

The fighting in Tigray started Nov. 4 when Prime Minister Abiy Ahmed launched military action against the Tigray People’s Liberation Front. Ahmed, the 2019 Nobel Peace Prize winner, had accused the front of attacking an army base in the Tigray capital, Mekele.

Although information from the region is hard to verify, reports suggest that the one-month conflict has killed thousands. It has also forced more than 45,000 refugees into eastern Sudan, displaced 1 million people and left nearly 2 million people needing aid around Tigray, according to agencies.

As a member of the board of directors of Catholic Relief Services, Bishop Kevin C. Rhoades visited the Tigray region in 2018. He viewed the extreme nutrition and medical needs firsthand and toured a CNS food distribution warehouse and water projects in Tigray.

On Dec. 2, the humanitarian efforts in Tigray received a boost after Ethiopia and the U.N. signed an agreement to allow “unimpeded, secure and sustained” access to government-controlled areas, including Mekele.

Relief agency officials have warned that unrelenting fighting and lawlessness is making Mekele and the surrounding areas too dangerous for humanitarian convoys.

“The survival of the local community and refugees is becoming a great concern. I hope the agencies will able to continue assisting the people in need in Tigray,” Andre Atsu, Jesuit Refugee Service regional director in East Africa, told CNS. 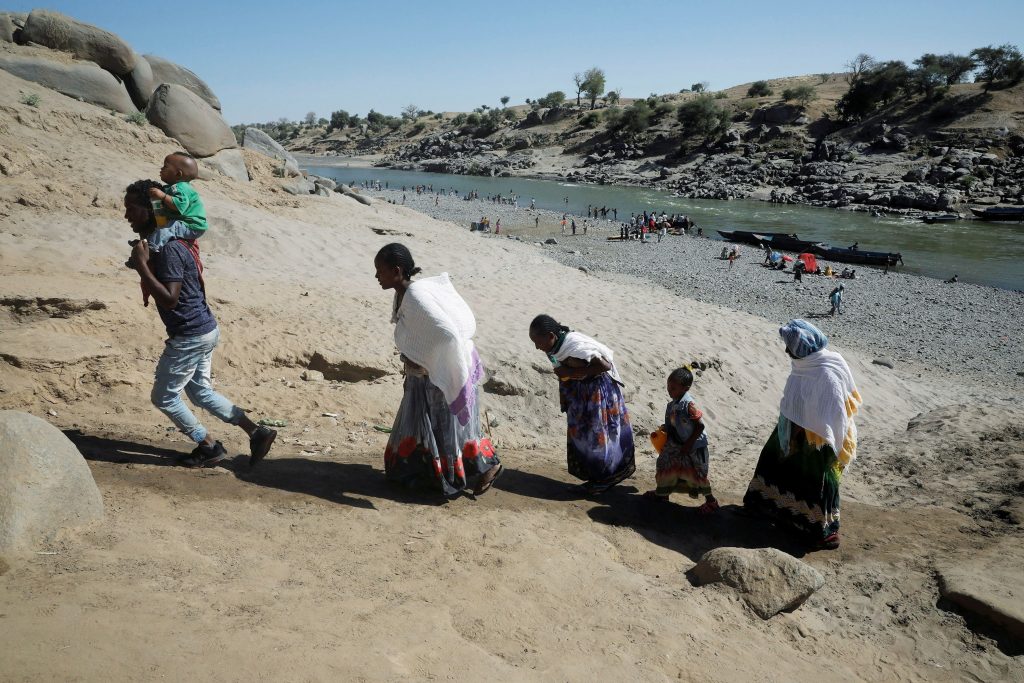 However, he said, since the humanitarian access agreement, “We have a team on the ground. They are providing some services.”

The fleeing refugees have told harrowing stories of long treks on foot, death of colleagues and abuses by militias while on the way to the border with Sudan. Some said they saw their homes being burned and their belongings confiscated.

The conflict is expected to force 100,000 refugees into Sudan, where close to 10 million people are food insecure due to the combination of drought, disease and an economic crisis. Concerns have also grown for the 96,000 Eritrean refugees in camps in Tigray, where they have fled to escape repression or mandatory, indefinite military service.