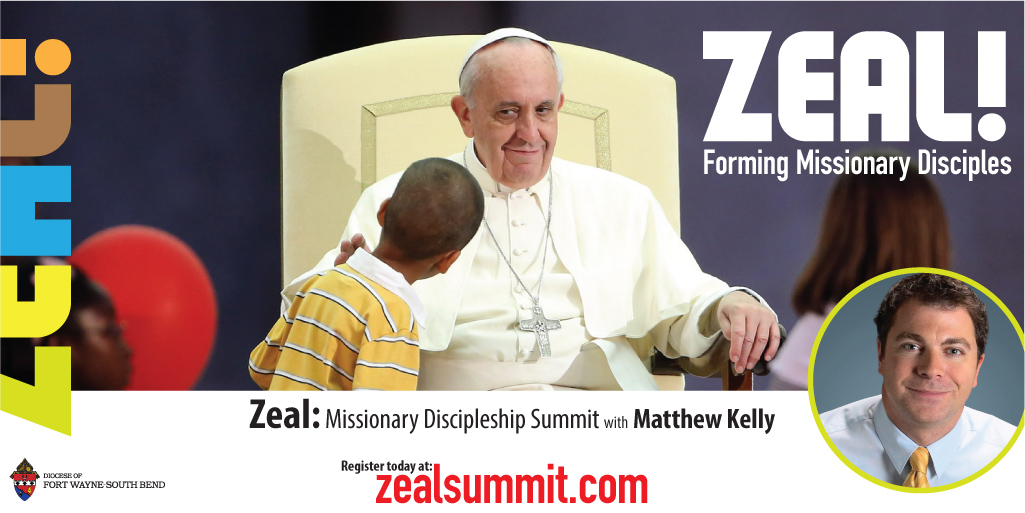 Twenty-five years ago, in October 1992, St. John Paul II promulgated the Catechism of the Catholic Church. It was on the 10th anniversary of its release, in 2002, that he reinforced its significance to all Catholics by saying that as Catholic Christians are nourished by the word, they become servants of the word.

During this anniversary year, Director of Catholic Education Carl Loesch invites catechists, directors of religious education, RCIA directors, youth ministers and others involved in catechesis to open their hearts to the tide of grace and allow the word of Christ to pass through them in all its power. (Novo Millennio Ineunte). The Catechism assists in clearly articulating the reasons for the hope that they want to share, which is why it is the planned focus of this year’s catechetical institute summit, called Zeal.

Just like the compendium of the Catholic faith, the annual day of inspiration and education for catechists in the Diocese of Fort Wayne-South Bend is also celebrating its 25th anniversary. Lakeview Middle School in Warsaw will be the host site for the event, happening Saturday, Sept. 9. 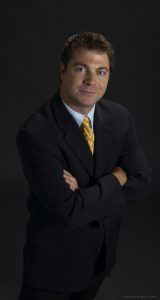 The highlight of the day, in addition to Mass and workshops that deliver ongoing education and tools for educating others in the rich Catholic faith, will be the motivating words of Matthew Kelly, internationally known Catholic speaker and founder of The Dynamic Catholic Institute. Kelly will share his insights regarding Pope Francis’ call to missionary discipleship.

The fact that one does not go out alone to share the faith will be one of several reflections on the good news that will be discussed throughout the day, according to Loesch.

“First, in this 100th anniversary year of Our Lady’s appearances to the children at Fatima, we are reminded that we follow in the footsteps of Mary Magdalene, the first disciple, who ran in haste to share the good news. Next, echoing the theme of unity from the Catholic Convocation, we recall that we are surrounded by a great cloud of witnesses, those saints, and martyrs, holy men and women who have labored in the vineyard before us. Finally, and most importantly, he is called Emmanuel, meaning God with us. God with us in our families. God with us in our ministry. God with us in our struggles. God with us in our joy,” he said.

“The Catholic Church recently convened the Convocation of Catholic leaders in Florida. This was the first such gathering in 100 years,” Loesch noted, the purpose of which was to reflect upon Pope Francis’ “Joy of the Gospel” and what it means to be missionary disciples. In light of the pope’s exhortation for all Catholics to be missionary disciples, catechists will be invited to think about, discuss and pray how to put this into action as they move throughout the day, worshipping, learning, sharing and enjoying fellowship, strengthening each other to serve as missionary disciples in the coming year.

Registration for Zeal is open at http://www.diocesefwsb.org/Zeal-Missionary-Discipleship-Summit-1. The day will begin with check-in at 8 a.m., followed by Mass at 9 a.m. and Kelly’s presentation. Lunch, the opportunity for confession, workshops and a final prayer and commissioning at 2:30 p.m. will round out Zeal for 2017.

Becoming the ‘best version of yourself’

Matthew Kelly has dedicated his life to helping people and organizations “become the-best-version-of-themselves.” Born in Sydney, Australia, he began speaking and writing in his late teens while he was attending business school. Since that time, more than four million people have attended his seminars and presentations in more than 50 countries.

Today he is an acclaimed speaker, best-selling author and business consultant. His books have been published in 25 languages, have appeared on the New York Times, Wall Street Journal and USA Today bestseller lists, and have sold more than 20 million copies.

Kelly is also a partner at Floyd Consulting, a Chicago-based management-consulting firm. His clients include: Procter and Gamble, Chick-fil-A, General Electric, Pepsi, FedEx, HSBC, the Department of Defense, McDonalds, US Bank, 3M, Ernst & Young, the U.S. Navy, and dozens of other Fortune 500 companies.

He is also active as a Catholic speaker and author. Raised Catholic, he has been saddened by the lack of engagement among Catholics and founded The Dynamic Catholic Institute to research why Catholics engage or disengage and explore what it will take to establish vibrant Catholic communities in the 21st century.