Going back to the year 1251, tradition holds that in Aylesford, England, Our Lady appeared to St. Simon Stock, a prior of the Carmelite religious order. She gave him the Carmelite habit, known as the brown scapular, saying, “This shall be a privilege for you and all Carmelites, that anyone dying in this habit shall not suffer eternal fire.”

Later, the Church extended the privilege to all the laity who were willing to be invested in the brown scapular of the Carmelites and who perpetually wore it.

The scapular represents the wearer’s devotion to the Blessed Virgin Mary. This devotion is comprised of a trio of actions: veneration, confidence and love. By wearing or carrying the scapular, a person’s commitment to her is with them every moment of every day. 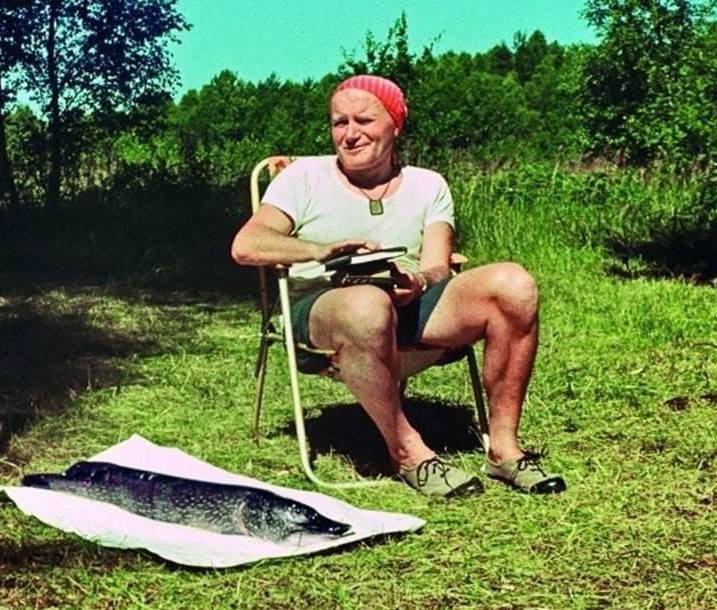 “When I think of putting on the brown scapular, I think of how the Carmelites and other Catholic religious orders put on their habits every day to witness the good news of Jesus Christ,” said Father Andrew Curry, the pastor of St. Robert Bellarmine Parish in North Manchester. “The scapular is to be seen as a miniature habit for lay people to wear.”

“We, as Catholics, don’t wear the scapular as if we can wear it and be saved no matter what kind of life we live. We put on the scapular as a daily habit and reminder to trust in Jesus for salvation and be assured that the Blessed Virgin Mary, Mother of Jesus and the Church, will pray and intercede for us at the moment of death as she brings us to Jesus.”

At one time, the scapular was chestwide piece of fabric draped over the head and cut to the same length piece down the back. Over the years its appearance changed to two small pieces of cloth, usually made of wool and joined together by two strings. It is worn underneath other garments. 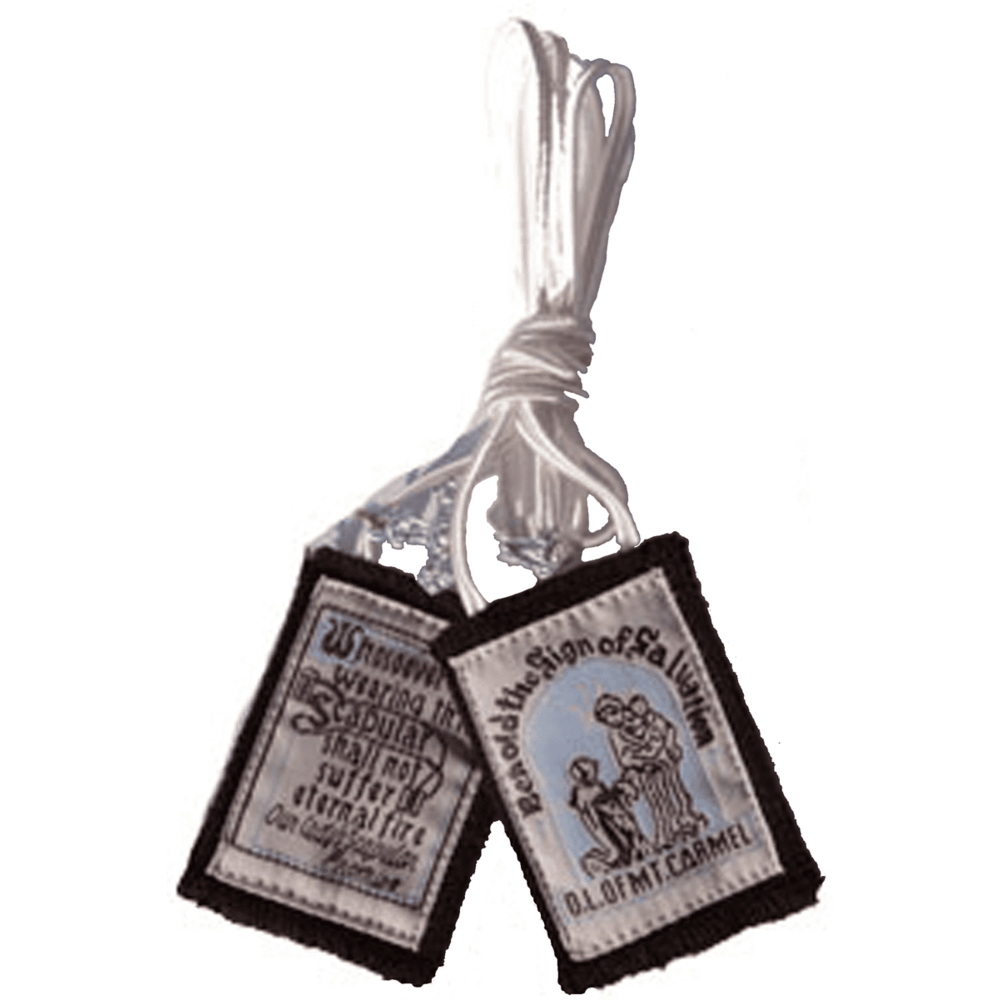 Though this scapular had its beginnings in the Carmelites, more formally known as the Order of the Brothers of the Blessed Virgin Mary of Mount Carmel, it came to be accepted worldwide by the laity and religious orders.

It appears today that not as many of the Catholic faithful wear a scapular as did in years past. In earlier years scapulars often were made with wool that was very scratchy, but they also can be made of other cloth or crafted as a medallion that can also be worn around the neck. The square wool fabric, if used, must be pure, 100% wool and worn over the head without a plastic case enclosure; and if there is minor irritation wool, it serves as a reminder of the suffering of Christ’s agony on the cross.

Father Phillip A. Widmann, pastor of St. Mary, Mother of God Church, Fort Wayne, said that while he used to wear the brown scapular years ago, he now wears a scapular medal instead.

“I’m just kind of allergic to that kind of cloth against my skin,” said Father Widmann.

As the years passed scapulars came to be made in different colors, highlighting certain prayers. To date the Church has approved 18 different scapulars that are significant in color, symbolism and devotion.

Sacramentals like the scapular were an important part of Christy Gunkel’s family life growing up. As a result, they’ve had a special place in the devotions with which the Fort Wayne, St. Aloysius parishioner has raised her own family.

Traditions, carried out across generations, are of great importance to her, she said in an email. “They serve as a witness to others, and most importantly aid us in contemplating faith, hope, and charity.”

“I have fond memories of my grandparents wearing brown scapulars. Upon my grandfather’s death I was given his scapular, which I keep as a reminder of his faith he held closely till he died at the age of 93. Scapulars have been a reminder to me of the love and protection we seek from the Father through the intercession of our Blessed Mother.” 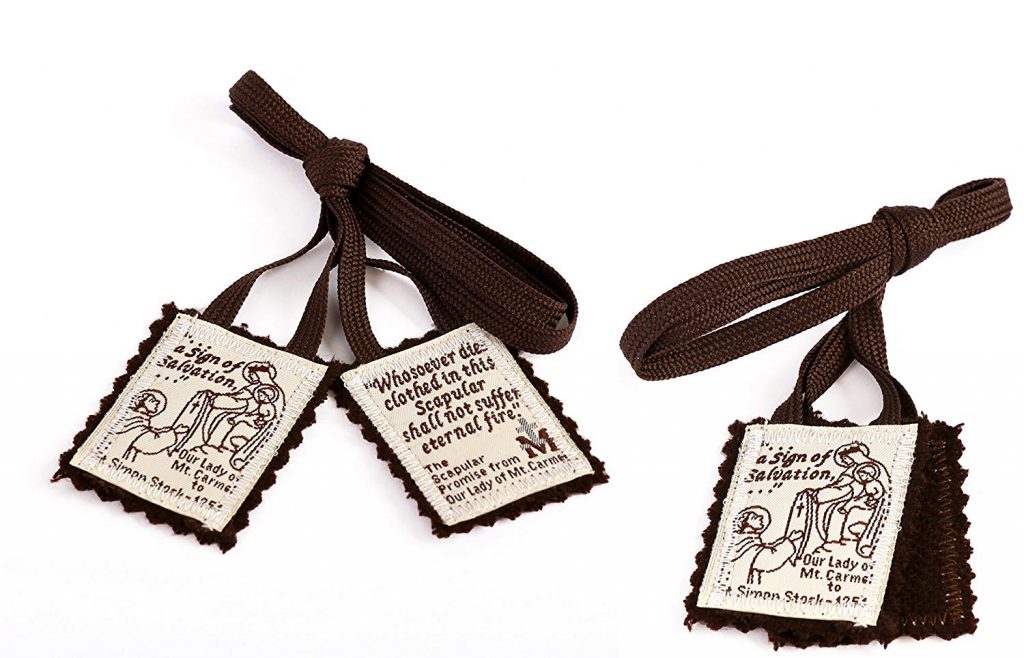 Years ago, Gunkel said she was fortunate to be able to attend an investiture ceremony where she received an Our Lady of Guadalupe brown scapular.

“It was an occasion of Grace for me that I remember fondly. It provided a tangible recognition of Mary as my mother that she will always guide and protect me.

“Each day since that time, I secure the brown scapular under my own garments and proceed to say, ‘Mary has my back.’ As she rests on my shoulder blades, she serves as my constant companion and brings a sense of calm to my day knowing she is always there. This most precious of sacramentals bring my faith to life.”