Jesus understood suffering. He understood death; He even cried when His friend Lazarus died. Like all of humanity, He knew that He too, would die. He faced His own suffering and death with apprehension, but also with dignity. He healed those who were sick in mind and body and passed His healing authority on to His apostles and their successors.

Though suffering and death are part of a fallen world, God did not leave His people bereft. Offering comfort to the sick and dying fulfils the healing mission of the Church through the sacrament of Anointing of the Sick, where graces are poured upon a person through the rituals of the sacrament.

Parish priests bring the love of God to their people in a deep manner during times of greatest need. Father Daniel Niezer, Pastor of St. Dominic in Bremen, gave some practical points that all priests – and their parishioners – should keep in mind when a loved one is sick or in the final stages of their life.

“Anointing of the Sick does not mean that the person is going to die,” he said via email. He explained how there is an old mindset about “Last Rites,” but that there is no such thing. “People should not be afraid when the priest suggests or encourages the sacrament of Anointing of the Sick.” 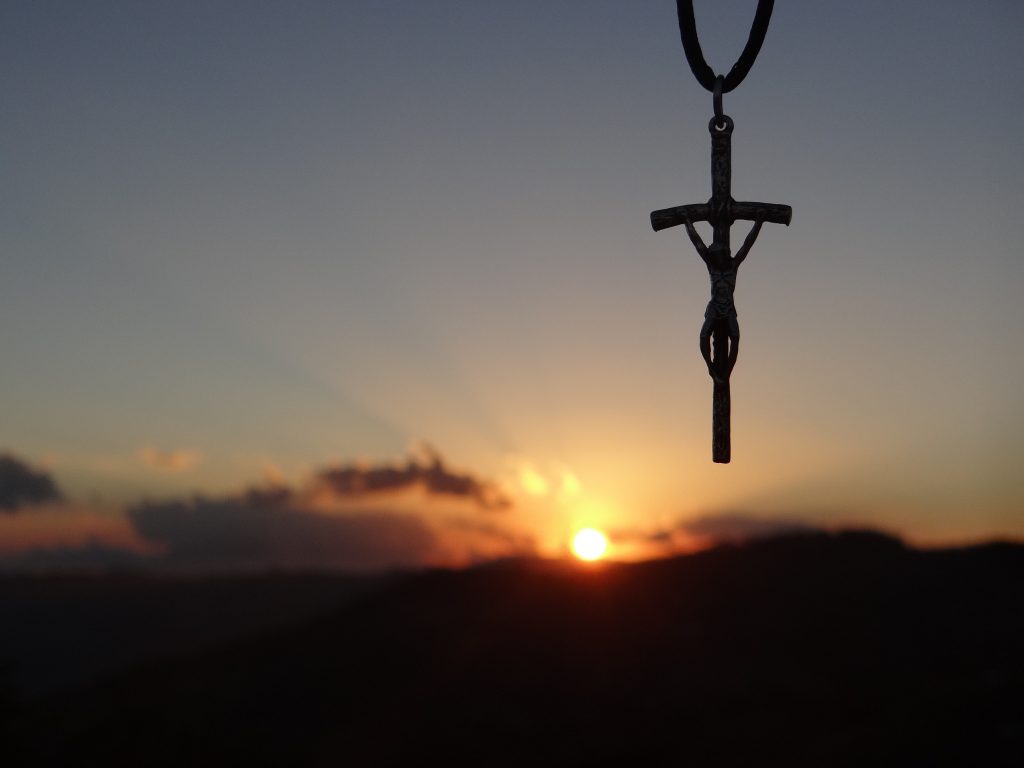 According to paragraph 73 of “Sacrosanctum Concilium,” a document from the Second Vatican Council, Anointing of the Sick “is not a sacrament for those only who are at the point of death. Hence, as soon as any one of the faithful begins to be in danger of death from sickness or old age, the fitting time for him to receive this sacrament has certainly already arrived.”

As hospitals are no longer able to disclose patient information even to parish priests, Father Niezer stated that it is imperative that families inform a priest that their loved one is in the hospital. A priest cannot visit or pray for someone whose condition they are unaware of, and they greatly desire to be present and comfort their people as Jesus would.

Calling for a priest should never be seen as an inconvenience to him or put off in denial of the “gravity of the situation,” particularly in the greatest hour of need. Father Niezer stressed, “We are not grim reapers. We are the ministerial presence of the Church bringing the Presence of Christ to the sick and suffering.”

To be anointed with the oil of the sick is not a of superstitious act nor does it guarantee a cure. Anointing may bring healing if God so desires it. It can also be performed prior to major surgeries where there is the possibility of death. Additionally, should a person recover from a surgery or illness, he or she can again receive the graces imparted through the Anointing of the Sick at the hour of need.

Yet not every person who is ill will recover. That is a sad reality of a fallen world. Sadder still is that in modern health care, patients at the end stages of life are often treated as a burden; assisted suicide is seen as “the loving option” – in direct contrast to Church teaching on the dignity of human life. In his encyclical, “Evangelium Vitae” (“The Gospel of Life”), Pope John Paul II wrote: “Euthanasia in the strict sense is understood to be an action or omission which of itself and by intention causes death, with the purpose of eliminating all suffering.”

He distinguishes this from “the decision to forego so-called ‘aggressive medical treatment’” – meaning treatments that might not extend the person’s life with a reasonable quality or might excessively burden the patient and family.

Pope John Paul II, in line with the Magisterium of the Church, confirmed the doctrine that “… euthanasia is a grave violation of the law of God, since it is the deliberate and morally unacceptable killing of a human person. This doctrine is based upon the natural law and upon the written word of God.”

Reducing suffering, he wrote, is a product of the modern culture and detracts from the value of suffering. He stated that suffering in and of itself is not always escapable and a means for personal growth.

There is great joy and grace found in caring for those who are sick and dying. As a young nurse, Rose Hillman witnessed a woman not significantly older than her receive a cancer diagnosis. She was called away before she could talk the woman through her diagnosis. This sparked a desire to work in hospice, with people at the end of their lives.

She is currently in the early stages of opening a Catholic hospice service in Fort Wayne. Heart of Jesus Home for the Dying intends to provide compassionate care for those at the sunset of their lives, “based in Catholic values,” said Hillman. Many of the people on the board of directors have been involved in health care and have a heart for the ministry of the dying. Board members have been hosting lunch and learns to raise awareness of the ministry.

Hillman would like to see the ministry become a freestanding home, complete with patient rooms and showers, all on one level, and intends to work with other hospice organizations in the area to provide care to anyone who needs it, regardless of ability to pay.

In her mother’s last days, Hillman brought her to live in their home and cared for her until the end. She also benefitted from hospice care, which allowed Hillman to focus on being the daughter instead of the nurse. And at the end, a priest was able to come in and perform the Anointing of the Sick.

“There’s quality of life at the end of life as well,” Hillman remarked. In caring for her mother, she was able to witness how her own four adult children lovingly interacted with their grandmother.

Instead of constantly working to ensure the person’s final days are filled with activity, Hillman noted the importance of leisure. “When they’re sleeping or resting, that’s the most important time. That’s when they’re going through their life and reviewing that. To take that away … doesn’t prepare them for the next life.”

A hospice diagnosis usually means six months or less, which Hillman states is not the time to discuss end-of-life issues. That talk should come much sooner. St. John Paul II spoke of suffering as “dying to the Lord” and stated that as all die, all need to be prepared for that day. Part of this for practicing Catholics is to have their final wishes put in writing, including requesting a funeral Mass and ensuring that if cremated, their ashes are treated in conjunction with Church teaching (laid to rest intact, not scattered or separated).

It is also a good idea to have a priest’s number programmed into a cell phone under “ICE” (in case of emergency) so that viaticum can be administered in cases of emergency. It is never bothersome to call a priest, no matter when or what they might be otherwise occupied with. “It’s too important for us not to be there,” Father Niezer stated.

When a person does pass away, trite phrases, bumper stickers, and songs claiming that a person has become an angel might seem comforting, but are simply not theologically accurate and can be misleading. Christians strive to be saints, not angels, and only God can know the state of a person’s soul. Therefore, family members and friends should never cease to pray for those who have passed on, and never assume that a person no longer needs the prayers of their loved ones on earth.

For those facing end-of-life decisions, the National Catholic Bioethics Center has resources on end-of-life issues, advance directives, and living wills as well as numerous other ethical questions. Information can be found at ncbcenter.org/bioethics-resources or by calling 215-877-2660. Anyone interested in learning about Catholic hospice care can visit www.heartofjesusfw.org.

“The request which arises from the human heart in the supreme confrontation with suffering and death, especially when faced with the temptation to give up in utter desperation, is above all a request for companionship, sympathy, and support in the time of trial. It is a plea for help to keep on hoping when all human hopes fail.” – Pope John Paul II, “Evangelium Vitae”