In a capitalist society, businesses can have a great deal of influence for good or for ill, and Catholic-owned businesses have a special duty to put into practice the values and morals of the Catholic Church. There are many businesses in the Diocese of Fort Wayne-South Bend that think outside the box in supporting Catholic churches, schools and ministries.

One example is Notre Dame Federal Credit Union located — naturally — on the university’s campus. Though the credit union was founded in 1941 by Catholic economics professors and leases an office on the campus, it is not affiliated with the university or limited to persons connected with Notre Dame, said Bob Kloska, chief partnership officer at Notre Dame FCU. 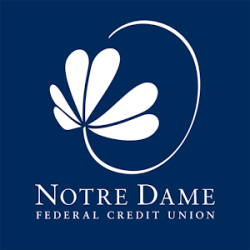 Kloska is an enthusiastic proponent of Catholic credit unions. “Why I love our mission is that it’s a great marriage for me with my faith and my professional skills and I love serving the Church and empowering the Church in its mission of everything the Church does,” Kloska said. As a nonprofit, any excess earnings they make are filtered back into the local Catholic community, benefiting such organizations as the Christ Child Society, Rekindle the Fire as well as providing numerous school scholarships.

Its reach is far wider, with roughly 57,000 members in all 50 states, many of whom bank online. Their branches in the Midwest are the most active, and an office has been opened in Phoenix, Arizona. Credit unions differ from banks in their nonprofit, member-owned status, where profit margins are not at the heart of their business model.

“Our philosophy is that it’s not transactional, it’s relational,” Kloska stated. He stressed that Notre Dame FCU is intent on meeting people where they are and walking with them in times of need.

This has never proven truer than in the midst of the COVID-19 pandemic. Kloska relates how many parishes and dioceses from all over the country have contacted Notre Dame FCU for assistance in filing for Paycheck Protection Program loans. “A lot of dioceses’ banks were not serving them, and I was taking phone calls from bishops who were asking me to please take on their diocese … we took on everyone we could.”

That included some parishes in the Diocese of Fort Wayne-South Bend and around 15 other dioceses, along with various Catholic radio stations, colleges and other apostolates. That is not to say that Notre Dame FCU said yes to everyone, as there were some larger archdioceses that simply were too big to take on financially.

And Kloska is not the only businessman who sees his work as a partnership with the Catholic sphere. Brothers Dan and Deacon Jim Fitzpatrick own Quality Dining Inc., a chain of 229 restaurants in seven states, including Burger Kings, Chili’s and Papa Vino’s. Though the restaurant business is not strictly built on a framework of Catholic social teaching as a credit union could claim, Quality Dining is known throughout the diocese for its mission of assisting schools through their annual “You Can Lend a Hand” coupon book campaign. 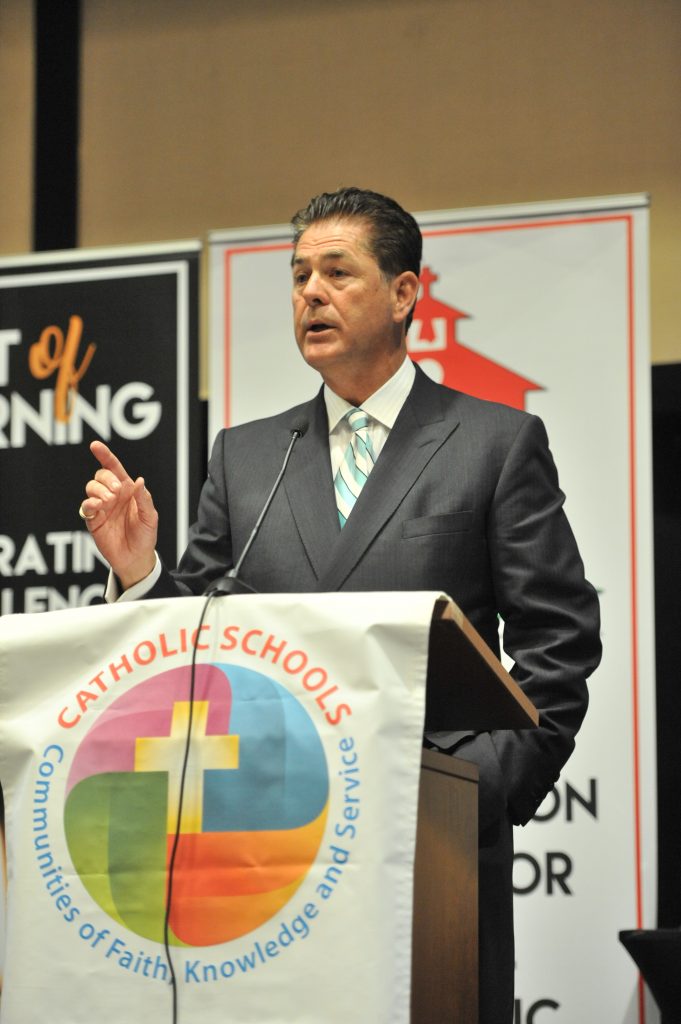 Quality Dining Inc. Chairman and CEO Daniel Fitzpatrick, along with three of his brothers, began the You Can Lend a Hand program in 1982 as a way to unify local Catholic schools.

“It has always been our attempt to help Catholic schools be as affordable as possible,” said Dan Fitzpatrick, chairman and CEO of Quality Dining. To date, the campaign has raised over $11.5 million in its 38-year history. “It started out humble and small and has grown … This allows the schools to do things supplementary, such as buying updated textbooks, technology, taking field trips, and recently have allowed some schools to begin offering classes in ESL for school parents.”

Schools that have needed unplanned maintenance have been able to make necessary repairs without going into debt because of this campaign. Last year, a collaborative effort was made between St. Vincent de Paul School in Fort Wayne and St. Bernard School in Wabash. After St. Bernard lost its biggest supporter, students at St. Vincent sold coupon books in an effort to aid their fellow Catholic school, raising over $5,000.

Such benefactors of Catholic schools are vital to society in raising younger generations of Catholics to contribute to the greater good of society. Carl Loesch, secretary for Catholic Education, said that “a lot of times, public schools talk about college and career readiness. My initial reaction is, no we’re not preparing kids for that, we’re preparing them for heaven; to be holy like the saints. But there is a practical side to it. Hopefully, we’re training people to be good mothers and fathers, good lawyers, doctors, teachers, plumbers, electricians, whatever, who lead good lives and contribute to society and serve other people.”

The role models that young people are exposed to provide examples for how to live their adult lives in service to God, the Church and to others within the context of their own vocations in life. “I hope that our schools are preparing young people to use their gifts and talents if they have business acumen — great, go be a wonderful businessperson, contribute to community, be a leader. And you don’t have to leave your faith at the door.”

Loesch easily listed many additional businesses that model good stewardship of the blessings God has bestowed on them. The Tippmann Group, Schenkel Construction, and Reimbold and Anderson were just a sampling of companies that he pointed out for their philanthropy toward Catholic organizations. James Hoch, AIA, Principal and President of Hoch Associates architectural firm has supported building projects at Bishop Luers and has served on their school board as well as the diocesan school board.

Supporting Catholic churches and schools, radio and other media, ministries and faith apostolates are all part of living as faithful Catholic professionals, helping to evangelize beyond the church doors and stand as ethical business models. Businesses such as these prove that one’s calling in life does not have to be in a religious setting to serve God and others.