NOTRE DAME — Ten Brothers of Holy Cross will celebrate jubilee anniversaries on Saturday, June 15, with a Mass of thanksgiving at the Basilica of the Sacred Heart at 10:30 a.m.

A member of the United States Province, Father John Blazek, CSC, will be the Mass celebrant and homilist.

Brother John Crowe, CSC, of the Moreau Province, is celebrating 60 years as a Brother of Holy Cross and will join in with the Midwest Province celebration. He serves as chief executive officer of Rancho San Antonio, Chatsworth, California. 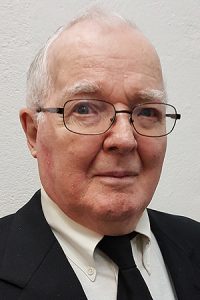 Brother Richard Huber, CSC, was born on July 13, 1929, in Marion, Ohio. He was one of six boys; four went into the service after Pearl Harbor, while at 18, Richard entered the Brothers of Holy Cross and his twin brother, William, went into the seminary.

Brother Huber had looked at several different orders, but he claimed Brother Eymard had the best sales pitch, so he joined the Brothers of Holy Cross. From the very first, Brother Huber wanted to be a farmer; the Congregation of Holy Cross had 10 farms at that time in the order’s history.

From 1949-92 Brother Huber worked at farms in the Midwest Province. After a serious fall at St. Joe Farm in 1992, he was forced to change his plan of work. He moved to the Congregation of Holy Cross center at Notre Dame and worked between the Brothers Center and Columba Hall until the present. Brother Huber made it his mission to make single-decade rosaries for the wrist to be given the poor and the elderly. For more than 20 years he would pray the rosary at the Notre Dame grotto.

Brother John Kuhn was one of three siblings born in Evansville on Feb. 11, 1930, to John and Clara Kuhn. While attending Reitz Memorial High School in Evansville, he was impressed by the work of Brother Benedictus and Brother Leonardo. He noticed how active they were in many school activities, and he was given the opportunity to work with them on some of the school projects. He remembers them for their generous enthusiasm and cheerfulness in their work.

After high school graduation in June 1948, he entered the juniorate program of the Brothers of Holy Cross at Watertown, Wisconsin. At the age of 19, on Aug. 16, 1949, Brother Kuhn pronounced his vows at St. Joseph Novitiate in Rolling Prairie. In 1952, he graduated with a B.A. in education from St. Edwards University in Austin, Texas; later, in 1962 he received his master’s degree in educational administration from the University of Notre Dame. In addition, in subsequent years, he earned two more master’s degrees to supplement his professional years as an educator. 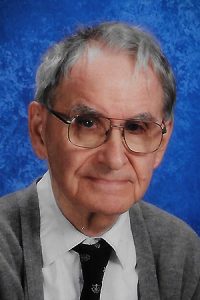 Brother Robert Mosher, CSC, was born in Evanston, Illinois, on Jan. 21, 1928. He was one of four children born to Timothy and Katherine Mosher. In grade school he remembers Brother Theophane speaking to his eighth-grade class about a teaching community of brothers and their devotion to St. Joseph; Brother Mosher was interested and has had a lifelong devotion to St. Joseph. After attending Sacred Heart Juniorate for his high school years he was received as a novice into the Brothers of Holy Cross.

Later, he earned a bachelor’s degree from St. John University in New York, a master’s degree in English from St. Mary University in Winona, Minnesota, and a master’s in humanities from University of Dallas in Texas. Brother Mosher has been a teacher in Catholic schools for 60 years. He is the recipient of teacher awards from the Diocese of Dallas and the Catholic Foundation of Dallas and, for his enduring commitment to Catholic education, a Letter of Commendation from the National Catholic Education Association. 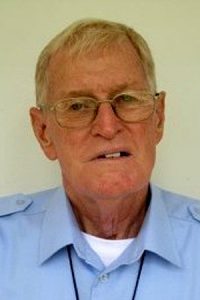 For the past 43 years Brother Vincent Gross, CSC, has been a missionary to Liberia and Ghana. He was born in Conklin, Michigan, May 18, 1939, to Carl and Catherine Gross. He attended Conklin grade school and Coopersville High School and worked for Lays Farm Equipment Company in Conklin until entering the Juniorate in Watertown, Wisconsin, Nov. 20, 1957. He made his first vows at St. Joseph Novitiate, Rolling Prairie, Jan. 26, 1959.

Brother Gross spent a year at Dujarie Scholasticate, Notre Dame, before being assigned to Archbishop Hoban High School in Akron, Ohio. At Hoban, Brother Gross helped teach welding and was the maintenance man for the school.

His first attempt to be a missionary was cut short by civil war in Monrovia, Liberia, where St. Patrick School was located. After three years Brother Gross came back to the U.S. and was assigned from 1965-68 to do maintenance at Holy Cross High School in River Grove, Illinois.

For the past 41 years Brother Gross has been a missionary in Ghana, West Africa. For 21 years, from 1968-89, he was on the staff of St. John Secondary School in Sekondi, Ghana. He served as the community director of St. John from 1981-89. From 1986-89, he was also steward of the District of West Africa. Brother Gross was on sick leave from 1989-90 at the Holy Cross Brothers Center, Notre Dame. Upon returning to Ghana he served for a year as community director and staff member of the Holy Cross District Center in Cape Coast.

From 1991-99 he was institutional director at the Institute for Continuing Formation Center, Cape Coast, and since 1999 he has served as community director at the Holy Cross District Center there. 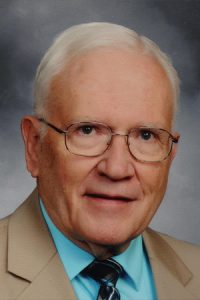 Brother Kenneth Kane, CSC, was born in 1940, a year before the start of America’s involvement in World War II. He remembered, even as a toddler, the family household “dropping from seven to four when the older boys enlisted.” Attending St. Clement School and St. Edward High School in Lakewood, Ohio, he felt sustained by family within the Catholic community.

Active in music and publications at St. Edward, he also was attracted to the sciences. He entered Notre Dame as a chemistry major following first vows in 1959. He taught such subjects as mathematics, music, dramatics, chemistry and physics at various schools, including Archbishop Hoban High School, Monroe Catholic Central High School, St. Edward High School and Gates Mills Gilmour Academy. He served as community director at St. Edward and at Gilmour.

A sabbatical opportunity in 1983-84 brought Brother Kane into contact with Matt Fox in Oakland, California, to study creation-centered spirituality. Describing himself as a “two-humped camel” with strong career interests in the performing arts and the physical sciences, Brother Kane served as chairman of the Fine Arts Department at St. Edward and later as chairman of the Science Department at Gilmour.

He now serves Gilmour in instructional support, assisting with faculty and with archives, coordinating senior projects and moderating the school’s amateur radio club. 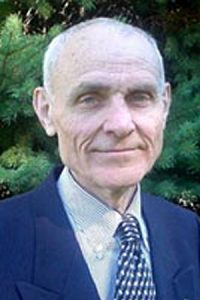 Brother Paul Kelly, CSC, and his five siblings were born and raised in McCordsville, Indiana. Following 12 years of education, Brother Kelly farmed their 93-acre dairy farm for four years. In the fall of 1957 he went to the Juniorate in Watertown, Wisconsin. After completion of the novitiate in 1958, he went to St. Edward University and earned a B.S. in business.

He went off to Archbishop Hoban High School in Akron, Ohio, in January 1962. Brother Kelly graduated from Notre Dame in 1966 with an MBA. He taught and served as treasurer in several high schools. In the fall of 1980, Brother Kelly moved to Notre Dame to serve as assistant treasurer of the Midwest Province and superior of Columba Hall. Next, he served as assistant provincial with Brother Thomas Moser for six years. Brother Kelly was then assigned as president of Hoban High School, where the children of his former students then were studying.

During the next several years as an administrator, Brother Kelly sold the novitiate property, Holy Cross High School and St. Joseph Farm. Currently, he ministers in the Pulte Hall Formation House as treasurer of the Midwest Province and serves on the board of trustees for St. Adalbert School and Forever Learning Institute. 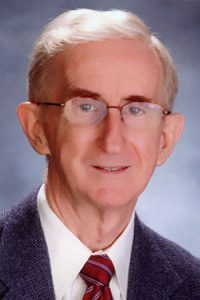 in June 1958 to begin the six-week juniorate program. A few decided not to continue, but the majority moved to the novitiate program. This intensive program provided a year of much silence, prayer, reflection and self-examination in preparation for first vows.

While he continued to explore, discern and reflect, the “next step” seemed to resonate well.

In August of 1959, a large number of confreres made their first profession of vows to God as members of the Congregation of Holy Cross. Thus began a new phase in Brother Lavelle’s life journey — now some 60 years in progress. It continues to be a “work in progress.” 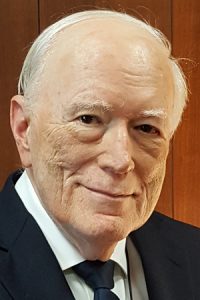 Brother Carl Sternberg, CSC, was born on June 27, 1940, in Louisville, Kentucky. He has one sister, Betty, and a great friend and cousin, Jane, who donated a kidney to him when both of his failed.

He entered Holy Cross after high school, having confirmed his calling at a senior retreat at Gethsemani Monastery. He became a brother to fellow community members during formation at the novitiate in Rolling Prairie, and at St. Edward University in Austin, Texas. Brotherhood could apply to his teaching experience with students and parents in grade school, high school and college.

His brotherhood expanded when he helped bring youth ministry to the Archdiocese of Louisville as a catechetical consultant. Brother Sternberg also trained potential youth ministers and was a part of major events for youth in the archdiocese.

His brotherhood took another turn when he ended up in Palm Desert, California, and established Spiritual Life Ministries, which brought people of different faiths together to get to know one another and learn from one another. A highlight during this time was receiving the “Amar Es Entregarse” award from the Diocese of San Bernardino. 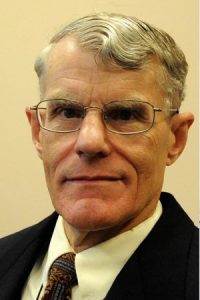 St. Andre Bessette was a great influence in Brother Freel’s life. He believes due to the intercession of Brother Andre he’s alive today: In 1991, Brother Freel suffered an accident while playing basketball, resulting in a coma for several weeks. His health improved only after many prayers by community members, friends and relatives. When a Brother Andre relic was placed at his side, the very next day he began to recover, with doctors at a loss for explanation.

After his novitiate year and taking first vows in 1969, he went to St. Edward University and graduated with a degree in mathematics and education. He earned a master’s in social work from Wayne State University in Detroit. He served at Boysville of Michigan for 37 years, teaching mathematics and typing. After completion of his MSW in 1981, he became program director and later regional director.

In 2007, Brother Freel left Holy Cross Services to serve as the Midwest Province vocations promoter. He also taught at Holy Cross College, Notre Dame, and directed the Bessette House Intentional Community at Columba Hall. In 2009, he began a six-year term as provincial superior and was re-elected for three additional years in 2015.