Jennifer Miller contributed to this article

Two hundred years ago, the first seeds were sown for what later became the Congregation of Holy Cross (CSC, for the initials of its Latin name, “Congregatio a Sancta Cruce”), which has had a long history in the Diocese of Fort Wayne-South Bend.

The congregation has three distinct “families” — priests, religious sisters and religious brothers — dedicated to serving God and His people. But the first to hear the call were the brothers.

Fittingly, the first canonized Congregation of Holy Cross saint was a humble brother, Brother André Bessette, CSC. As doorkeeper of what has since become an impressive shrine in Montreal, Canada, Brother André welcomed people from all walks of life and prayed to his patron, St. Joseph, for their needs. Many were healed through his faithful prayers.

On July 15, 1820, Father James-Francis Dujarie, who had already started a congregation of religious sisters to help re-Christianize post-Revolutionary France, accepted the first man interested in becoming a religious brother. Even though they were then called Brothers of St. Joseph, and postulant Pierre Hureau didn’t even stay a year, 1820 marked the beginning of the group that became the precursor of the Brothers of Holy Cross.

In 1835, the ailing Father Dujarie asked Father Basil Moreau to assume leadership of the brothers; he envisioned a single congregation forming a “family” of priests, brothers and sisters. Since Father Moreau had already gathered a group of auxiliary priests near the village of Sainte-Croix (Holy Cross), this joining of priests and brothers soon led to the Congregation of Holy Cross.

Although the Vatican has never permitted the Congregation of Holy Cross female religious to have the same superior general, and they have slightly different names in different regions of the world, the three Holy Cross branches remain kindred spirits.

“The Brothers of Holy Cross, their priest confreres, and all who are beneficiaries of their educational and pastoral ministry, join in thanking divine providence for the gracious gift of the vocation of service to the growth of the kingdom of God and ministry of the Church that he has given through the apostolic foresight of Father James-Francis Dujarie,” testified Father Robert L. Epping, CSC, superior general of the congregation, which includes both brothers and priests “bound together in one indivisible brotherhood.”

Brother George Klawitter, CSC, who has written extensively on the history of the congregation, talked about the first schools the brothers ran in a France that was still reeling from the anti-Church ravages of the French Revolution.

In 1841, six Brothers of Holy Cross accompanied Father Edward Sorin, CSC, from France to Vincennes, Indiana, and then north to what became the University of Notre Dame in the Diocese of Fort Wayne-South Bend. Since that time, the brothers have exercised their ministries of education and service in countless ways.

Administratively, there are two related CSC provinces, both headquartered at Notre Dame. The Midwest Province of Brothers includes 79 American brothers and 51 from Ghana. The United States Province of Priests and Brothers includes both priests and brothers of the Congregation of Holy Cross. They come from the United States, Chile, Peru and East Africa; most are priests, but there are also about 20 brothers either finally professed or in formation. This arrangement of separate provinces, which began in the 1940s, enabled both priests and brothers to grow rapidly and expand their ministries. However, both provinces have the same superior general in Rome.

Of the 59 Holy Cross Brothers of the Midwest Province currently living in the diocese, most are “retired-creatively,” in the words of their provincial superior, Brother Kenneth Haders, CSC. They continue to live the common life, work within the congregation and volunteer, especially in Holy Cross Village, a full-spectrum retirement community sponsored by the Brothers of Holy Cross. Some brothers teach and work at Holy Cross College.

Outside the diocese, the Brothers of Holy Cross have ministered in high schools, colleges, boys’ homes and missions in the United States, Ghana and Bangladesh.

Religious brothers and priests both discern and accept God’s call to poverty, celibacy and obedience. They claim no material goods as their own. They refrain from romance and marriage. They submit to the direction of their local bishop and their superiors in the Congregation of Holy Cross. Both live lives of prayer and service. However, priests are also ordained to administer the sacraments of the Church by celebrating the Eucharist, reconciliation and the anointing of the sick.

Brother Roberto Jimenez-Ortega, CSC, says this difference between brothers and priests constitutes one of his biggest challenges. “Most Catholics have no clue what a brother is; they’re always comparing us to priests. It’s a very different vocation. As much as he loves the Church, a brother’s day-to-day reality is very different from a priest’s.” 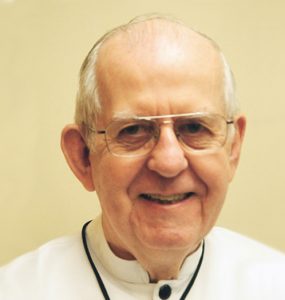 Brother Raymond Papenfuss, CSC, took his first vows in 1953. Drawn to religious life as a young boy, “several experiences determined my future. I was 12 years old when World War II ended. I remember seeing the horrors of the death camps in Poland and the savageness of the atomic bombs in Japan. The horror of these images made me want to do something with my life that would help in some way to improve or make life a bit better. I also wanted to be a teacher. The Holy Cross brothers provided an opportunity for both,” Brother Ray explained.

Sixty-seven years later, God’s grace has sustained him. Currently serving in South Bend in the Mission Department of the Midwest Province, Brother Ray’s witness to God’s peace is evident, from those he encounters at Dujarie House or reading at Mass. His countenance is filled with joy as he daily chooses to share God’s love.

“The great thing that a vocation as a brother gives one is the freedom to reach out and be a brother to all that one meets. This is to model one’s life as much as possible on the life of Jesus. He reached out in unconditional love to all that He met. That, to me, is the goal of any brother — to live a life of love as Jesus did,” Brother Ray shared. 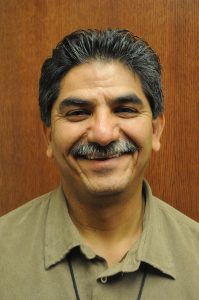 Brother Roberto Jimenez-Ortega, CSC, originally from El Paso, Texas, joined the congregation in 1988, after graduating from St. Edward’s University. “I found that I would better serve the Church being a religious brother because I find that Christ is always guiding individuals outside the confines of a building and sacraments. I find that as I teach, I minister the love and affection of God through my ministry. I have the privilege of walking alongside people and learning from all they do.

Through this experience, I get joy and feel the love of God,” Brother Roberto explained.

Looking back on being a Holy Cross brother for 33 years, he reflected: “The greatest joy of being a brother is serving God’s people. I feel that God has led me to a life of connectedness. I find that my life is a mirror of Jesus’ ministry. He was always around people and walked amongst them. He was involved with the synagogue, but indirectly. He knew the rules, rituals and continued traditions. He often preached at the synagogue, but was not directly involved with the rules and regulations. He was more concerned with the well-being of His flock.” 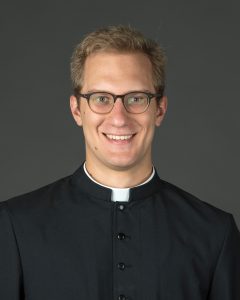 Brother Robert W. Ackerman, CSC, is in his third year of temporary vows and final year of theology, a Master of Divinity student in the 2021 class at the University of Notre Dame. Originally from Burlington, Massachusetts, Brother Rob first entered the Old College Undergraduate Seminary program for the United States Province in the fall of 2013. He then entered the novitiate in 2017 and professed first vows in 2018. God willing, Brother Rob will profess final vows in the fall of 2022.

“The religious brother is the best-kept secret in the Church,” Brother Rob shared. “We now have seven religious brothers in formation here at Moreau Seminary. When I entered, there were zero. There is great hope in this vocation, and more young men are responding to this particular call in their lives.”

“To be a religious brother is first and foremost to be a man of God. I have found that my daily prayer is what helps me to live this vocation well on a daily basis. I am also inspired by my fellow brothers in Holy Cross, and they continually push me to live this life to its fullest extent,” he shared.

“My call as a religious brother has brought me both joys and challenges in the short time that I have lived out this vocation. One of my greatest joys is being able to grow in my relationship with God in prayer and meditation. I have the privilege to have time to spend in the chapel each day and offer all that I have to the Lord.

“Another great joy for me is the ability to walk with the people of God as their brother,” Brother Rob reflected. “At times, this line can be a little overused and become a cliché, but at the same time it is incredibly true. I have the privilege of walking alongside my brothers and sisters in a very particular way, and hopefully draw them into a closer relationship with the Lord.”