Alexander Mingus has joined the Indiana Catholic Conference as associate director. The organization has been the public policy voice of the Catholic Church in Indiana for more than 50 years.

In this role, the 24-year-old will help in representing the five Catholic bishops across the state and promoting the Church’s position on important issues at the Indiana Statehouse and through various other channels, including traditional and social media.

Mingus comes to the ICC from the Society of St. Vincent de Paul of Dayton, Ohio, where he served two years as manager of ministry formation. 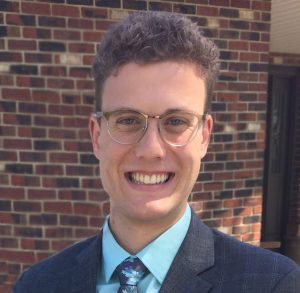 Alexander Mingus is the new associate director of the Indiana Catholic Conference.

The Alabama native is a 2018 graduate of the University of Dayton, where he pursued a double major of political science and human rights studies. While at Dayton, Mingus had the opportunity to serve an internship with the U.S. Conference of Catholic Bishops. The Washington, D.C.-based USCCB provided him the opportunity to meet with legislators on Capitol Hill and witness how matters of faith can influence public debate and decision-making at all levels of government.

“It’s there that I learned about the work of the Catholic Church in public policy, and where I was first exposed to the idea of Catholic conferences like the ICC in general,” Mingus said. “I always had a great interest in my faith, as well as in public policy and government, and this internship helped solidify that bringing these areas together could be a future career path for me.” 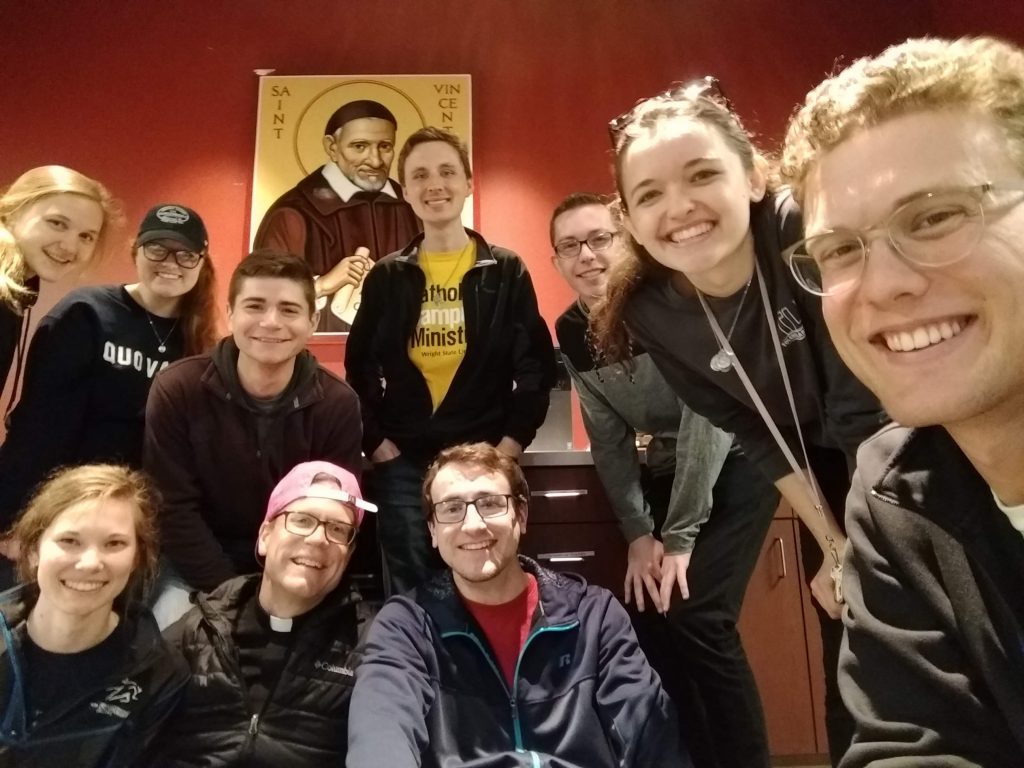 Alexander Mingus, far right, is pictured with young adults and a local priest in Dayton, Ohio, in 2019, preparing to participate in the St. Vincent de Paul Labre homeless street outreach program. Mingus is the new associate director of the Indiana Catholic Conference.

At age 18, Mingus was named by then-Bishop Robert Baker of Birmingham, Alabama, as one of the first “Catholic Agents of the New Evangelization.” The prelate had noted the young man’s dedicated service to his parish and zeal for his faith in a state where Catholics represent only 4% of the population.

“This was something totally unexpected but something that I embraced wholeheartedly,” Mingus said. “And perhaps it put a mark on me to someday be working with Catholic bishops in some capacity.”

Mingus now works under the leadership of Angela Espada, who has served as executive director of the ICC since January.

“I am the parent of a millennial, and I know that this group includes many who are thoughtful, caring and compassionate people who want to do good,” Espada said. “Alexander is one of these people who also brings a passion for service to the Church that is both reaffirming and refreshing to see. His desire to combine service with upholding the Church’s social teachings in the public square will benefit not just Catholics but countless others in Indiana.

“As a younger person who is comfortable with and adept at utilizing social media, Alexander has already transformed our social media presence,” Espada said. “I encourage everyone to go to our website and social media pages to see the exciting changes.” 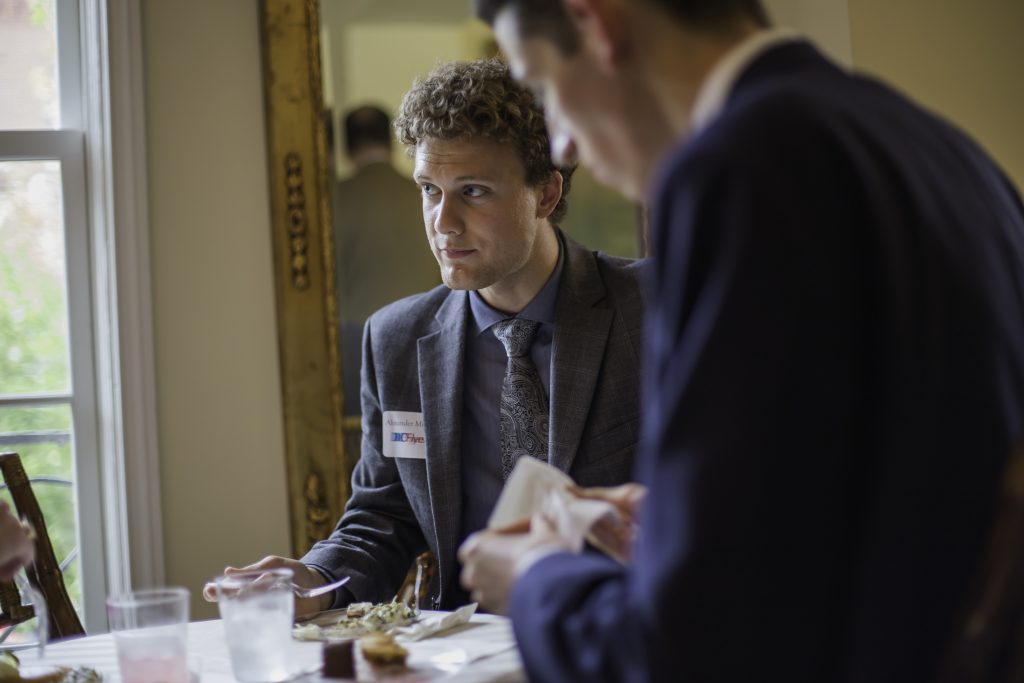 Photos provided by Victoria Arthur
While interning with the U.S. Conference of Catholic Bishops’ Office of Domestic Social Development, Alexander Mingus participates in a 2017 networking event.

Espada and Mingus also used technology in an entirely new way for the ICC. In a series of live webinars scheduled to take place this week, the two will discuss important considerations for Catholics in this election year.

Mingus knows that the polarized and highly charged political atmosphere in the country is likely to last long beyond the November presidential election. He says that now more than ever, the Church’s timeless teachings on social justice and the common good are critical. And he is eager to do his part to convey those teachings to the faithful as well as those who shape public policy.

“I feel so called to this type of work,” Mingus said. “This is what the Church is asking for. This is her way of bringing Christ into the public sphere.”

To register for the webinars, please visit www.indianacc.org/events. There is no cost to participate.