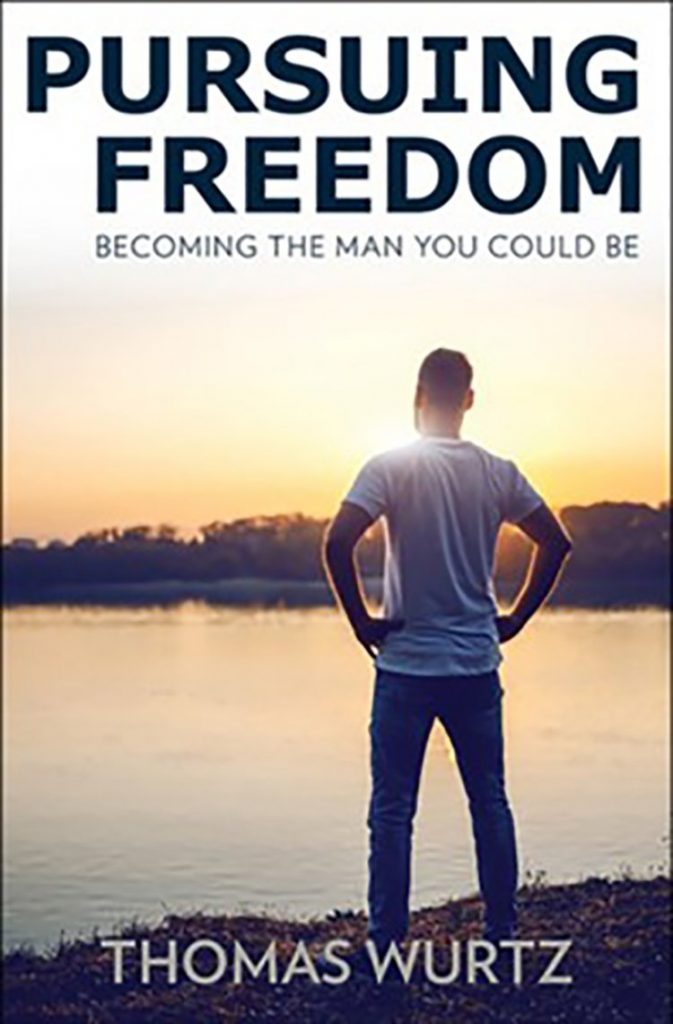 This is the cover of the book “Pursuing Freedom: Becoming the Man You Could Be,” by Thomas Wurtz. The book is reviewed by Mitch Finley. (CNS photo/courtesy Our Sunday Visitor)

(CNS) — Thomas Wurtz is founder and director of Varsity Catholic, a division for college athletes of the Fellowship of Catholic University Students. He writes that “our modern culture doesn’t want to admit that there is a difference between masculine and feminine.”

This is the assumption upon which Wurtz bases his slim volume of reflections on being a Catholic man in today’s world. “Once we understand why God made us in a particular way as men,” he declares, “we can lay out a path to flourish within that plan.”

In nine brief chapters, “Pursuing Freedom” presents ways to be a man from an ideologically conservative Catholic perspective. For the author, it seems that faith is equally friendship with the risen Christ and with his people, the church, plus daily combat with “the devil and his demons.”

His theological perspective may strike the reader as less sophisticated than it could be; for example, he seems to take the Genesis story of Adam and Eve literally when he could have reminded his reader of the basics of the Church’s historical-critical methods of reading and interpreting Scripture.

Wurtz chose to get his Scripture quotations from the second Catholic edition of the Revised Standard Version of the Bible. This is significant because apparently masculine references (man, he, him, etc.) in the original Greek or Hebrew may actually refer to both men and women.

In a conversational, anecdotal style, Wurtz first explains that in the Genesis narrative God orders “the first man to guard, protect, and to fight (if need be) to keep all of creation in right order.” Then, in the eight subsequent chapters, the author declares that “the devil and his minions” are raising all kinds of hell in our world, and it is the task of men to wage spiritual war in return.

To do this, Wurtz writes, men must struggle to control in themselves the “passions” of anger, fear and sexual desire. They should also “strive for greatness” by resisting the inclination to spend too much time on electronic gadgets and the like, by cultivating genuine humility, and by learning to be resilient.

Also, men need to actively surrender control of their lives in order to be guided by God, and they need to “embrace the mission” by speaking about Jesus and the Gospel. Finally, Wurtz writes, men are called to love as Jesus loves.

Thomas Wurtz’s background as a high school and college athlete surfaces regularly, suggesting that for the author an enthusiasm for organized sports contributes to being a real man. However, men with little interest in football may wonder if Wurtz’s book calls their masculinity into question.

“Pursuing Freedom” will stimulate discussion, encourage men to reflect on what it means to be a Christian man in today’s world, and support men who want to take their faith more seriously.

Finley is the author of more than 30 books of popular Catholic theology, including “A Man’s Guide to Being Catholic” and “What Faith is Not.”