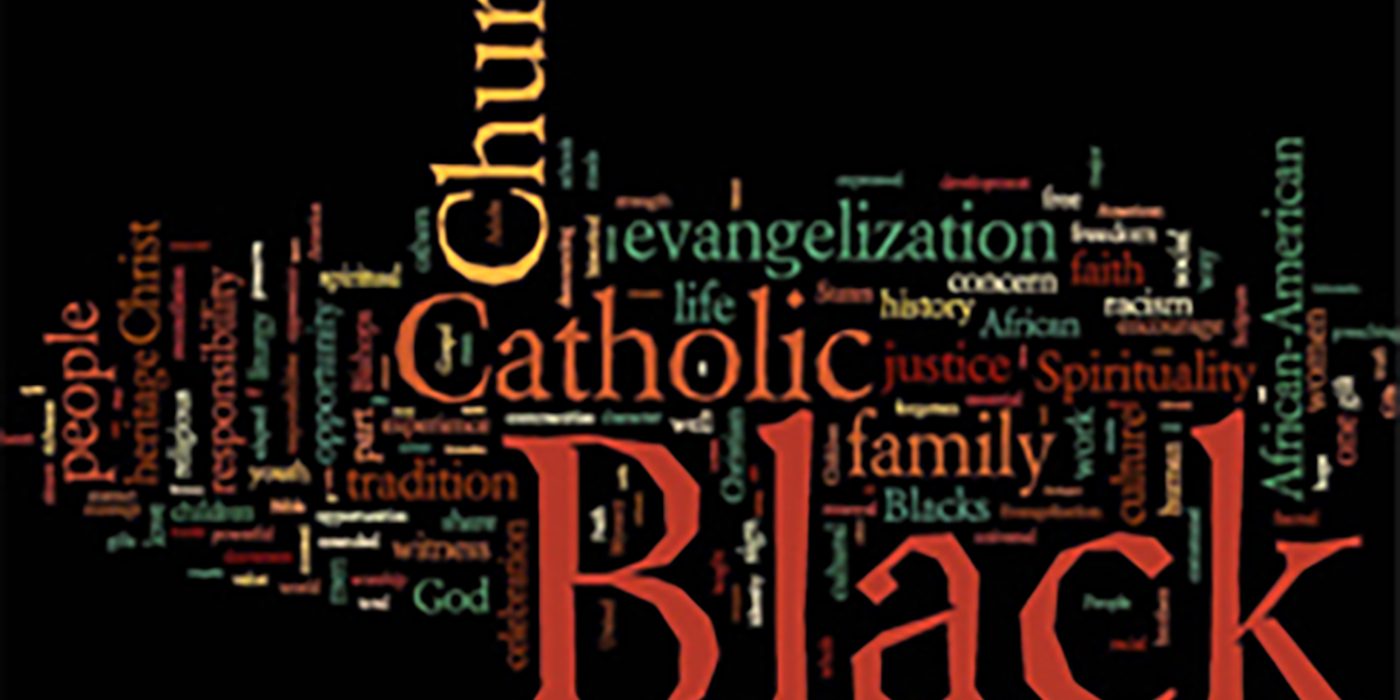 Catholic young adults from the South Bend area gathered at a local pub Oct. 17 for a presentation by Deacon Mel Tardy on “How the church can respond to racism” — an appropriate lead-in to November, which is Black Catholic History month. 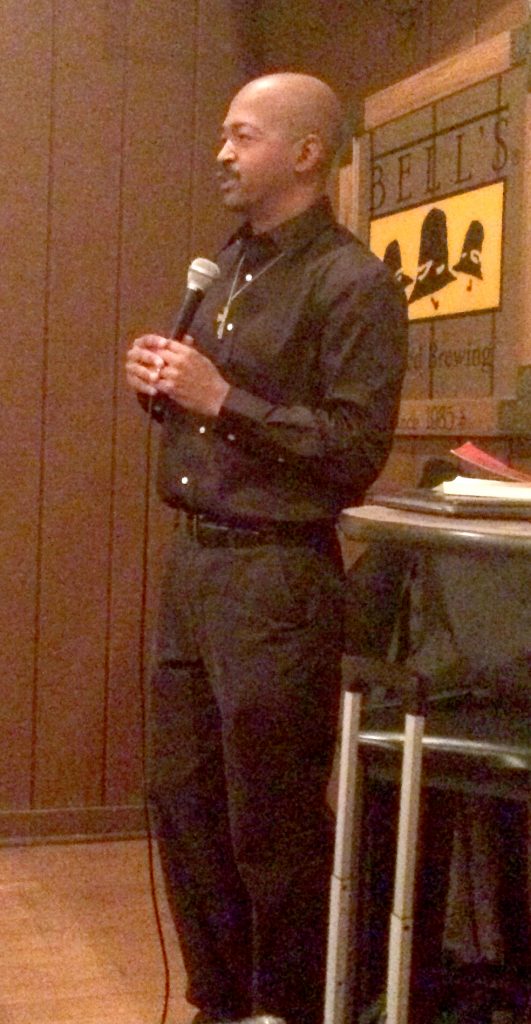 Deacon Tardy, of St. Augustine Parish, South Bend, spoke to a back room full of young adults at Corby’s Pub. He began by sharing his own experience as an African-American Catholic, and then spoke on the racism that has existed throughout the history of the United States — both outside of and within the church.

He shared examples, such as when he was an undergraduate student at the University of Notre Dame. He had two distinct groups of Catholic friends: one that consisted of other African-American students, and the other that consisted of white Catholic students.

Deacon Tardy recalled that his white Catholic friends often vocally questioned his intellect. According to Deacon Tardy, they would pose racially offensive questions, such as, “How did you get in here? What were your SAT scores? You had to get in [to Notre Dame] because of affirmative action!”

At the same time, his African-American friends questioned his decision to remain Catholic.

“Then they would say, ‘‘Why are you Catholic? The Catholic Church is a racist church.’”

“There were bishops who wrote defenses of slavery,” Deacon Tardy said. “That it’s a good thing, and we should have it.” References to such letters from bishops can be found in books like as “Stamped with the Image of God: African-Americans as God’s Image in Black,” which discusses the role of African-Americans in Catholicism.

One might ask how the Catholic Church could let something like this happen. The church is supposed to lead people closer to God and living a good life: It’s supposed to reveal Truth.

Throughout its history, the Catholic Church has lifted many people above contributing to societal degradation. Yet there are still members who have given into social pressures that lead them to go against church teaching.

“It’s because we’re in the process of becoming perfect,” Deacon Tardy said, “but we’re not perfect yet.”

However, he was clear that American Catholics of all races also played important roles in the fight to correct racial injustices. The former president of Notre Dame, Rev. Theodore Hesburgh, stood with Dr. Martin Luther King and religious sisters who were integral in the Selma march — to name a few.

He also mentioned that when Dr. King was younger, he did not care for white people. He grew up seeing the oppression and injustices placed on himself and his family. Later, his faith helped him to realize that he should not hate anyone.

Instead, he says that “we have to open up our eyes to what’s really happening, and respond with love and respond with justice.” This includes how one reacts to injustices such as the hate recently demonstrated in Charlottesville, Virginia. However, it goes deeper than that.

These injustices exist in many ways that are not as overt as they were in the past. They exist in the indirect ways some people use to put down certain groups of people or prevent them from having equal opportunities at economic success.

“We can’t think of racism the way it used to be thought of, where it’s this overt thing,” he said. “It’s when a certain group of people have power over another group of people and can keep that power. It’s an inequality based on race.”

Later, he added: “I just want to give you a sense that racism is alive and well today. It just evolves. If we don’t acknowledge that there’s a problem, that’s when you perpetuate it.”

Not that those people are necessarily evil, but they are contributing to racial injustices that have become institutionalized.

After Deacon Tardy finished speaking, he opened the discussion to his audience. A few of the questions created tension throughout the room. No one seemed to know how to respond to the difficult questions except for Deacon Tardy, who practiced what he preached and responded with compassion, understanding and love.

The talk was hosted by St. Joseph Parish in South Bend as part of its monthly Theology on Tap series. The talks are typically the third Tuesday of every month and are scheduled to take place at Corby’s through June.

Other young adult events put on by St. Joseph Parish will include the next Theology on Tap, to be held on a special date: Nov. 28, 6:30 p.m. at Corby’s Irish Pub; and a “First Sunday Social” on Dec. 3 at 6 p.m. at Evil Czech Brewery.