WASHINGTON (CNS) — Bishop Kevin C. Rhoades of Fort Wayne-South Bend, Indiana, and five other bishops have concluded that alleged apparitions of Our Lady of America — said to have taken place more than six decades ago — were not of supernatural origin.

While private devotion inspired by reports of the apparitions could continue without harm to the faith, Bishop Rhoades said, it would not be appropriate for any sort of public devotion.

“I must come to the conclusion that the visions and revelations themselves cannot be said to be of supernatural origin in the sense of objective occurrences,” Bishop Rhoades said in a final document known as a singular decree, adding that he “cannot approve or support public devotion or cult.” 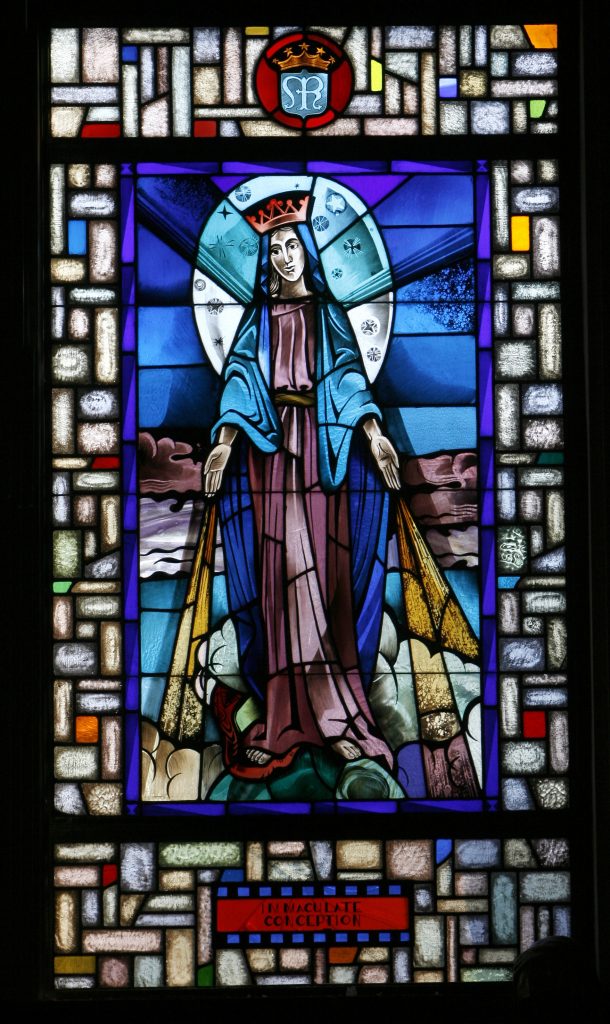 This image of Mary shown in this 2009 photo is located at St. Francis of Assisi/Our Lady of the Angels Parish in Chicago. A recent bishops’ commission says supposed Marian apparitions of Our Lady of America said to have taken place more than six decades ago are not recognized by the Catholic Church and are not appropriate for public devotion. (CNS photo/Karen Callaway, Catholic New World)

The investigation concerned numerous apparitions reported by Sister Mary Ephrem Neuzil, a Sister of the Most Precious Blood of Jesus of Dayton, Ohio, between 1956 and 1959. At the time, it was reported that Mary had appeared to Sister Neuzil and had identified herself as Our Lady of America.

Sister Neuzil died in 2000. Both before and after the reported apparitions, she said she had other communications or locutions from Mary that took place in several dioceses.

Concurring with the conclusion reached by Bishop Rhoades were five other bishops from the dioceses where Sister Neuzil had stayed during this period: Archbishops Dennis M. Schnurr of Cincinnati, and Allen H. Vigneron of Detroit along with Bishops Thomas J. Olmsted of Phoenix, Timothy L. Doherty of Lafayette, Indiana and Daniel E. Thomas of Toledo, Ohio.

In an interview with Catholic News Service, Bishop Rhoades said he had agreed to a request by the other five bishops to form a commission of six theologians and canonists to investigate the apparitions. He was chosen as the lead bishop of the commission because the alleged apparitions began in Rome City, Indiana, which is in his diocese. 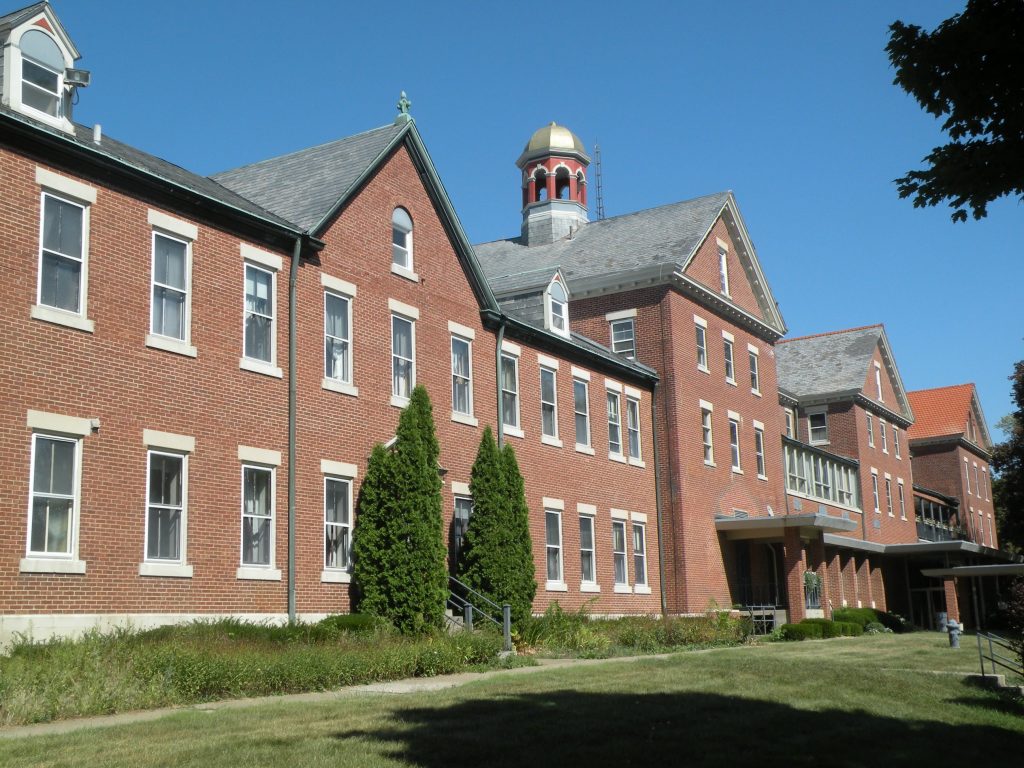 He described the commission as “a very balanced group that was open to the possibility that the apparitions were authentic.”

But after what he said was a year of study of the vast documentation of the case, all members of the commission concluded that the apparitions were not supernatural in origin.

In an explanatory document called “Statement Regarding the Devotion to Our Lady of America” and signed by all six bishops, they said that Sister Neuzil appeared to have been “honest, morally upright, psychologically balanced, devoted to religious life and without guile.” They also said there were spiritual fruits that came from the devotion, although none warranted certification as miraculous.

The bishops said there was not any doctrinal error in the revelations, though the report added that a claim regarding St. Joseph as a “co-redeemer” with Christ “must be seen as an error.”

Regarding the experiences of Sister Neuzil, the bishops said their study concluded that they should be described as “subjective inner religious experiences rather than objective external visions and revelations.” 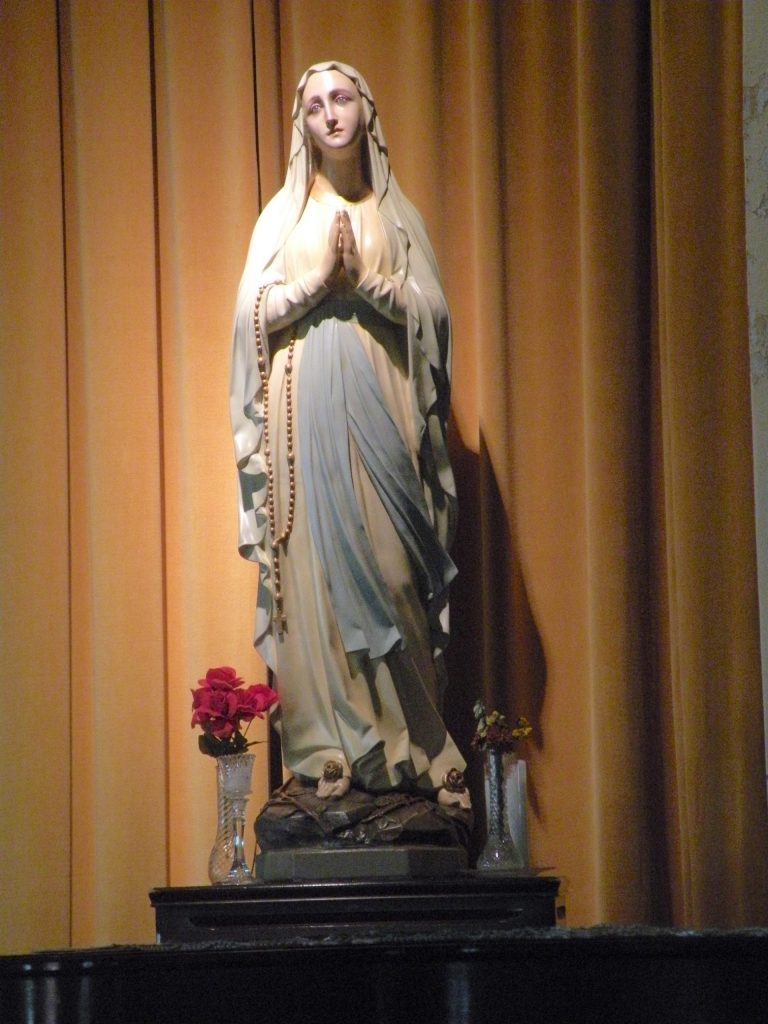 A statue of Mary rests in the Our Lady, Mother of Mercy chapel in Rome City years ago. 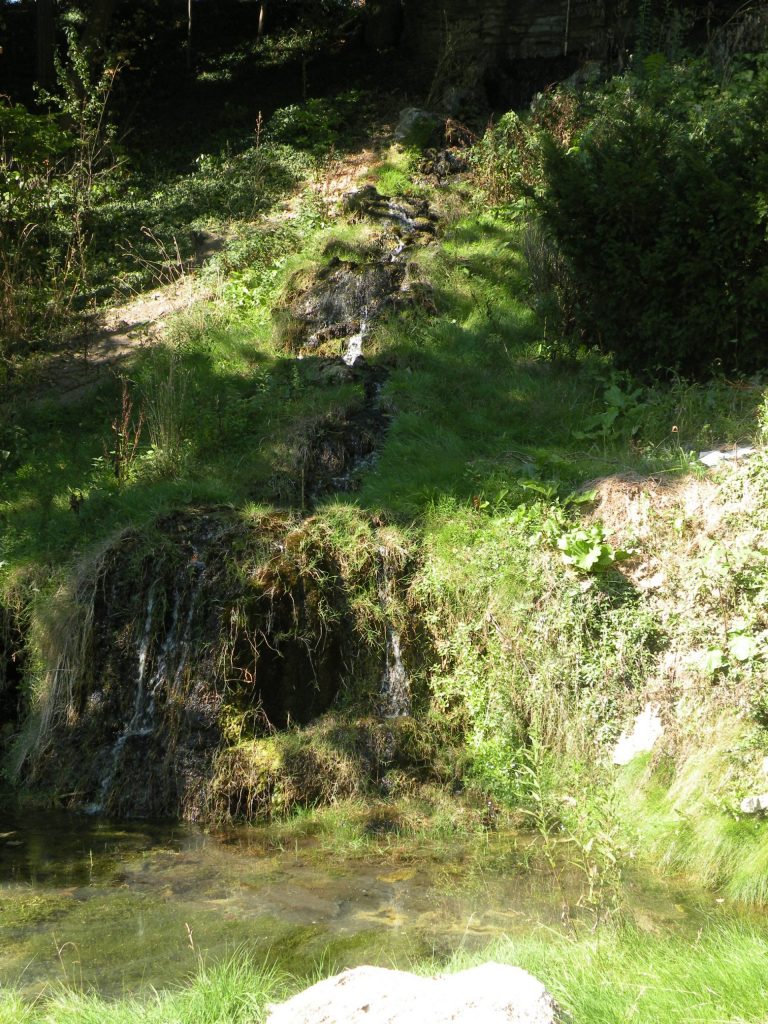 The namesake springs at the former Kneipp Springs, one of the locations at which Sister Neuzil reported seeing apparitions of the Virgin Mary.

While saying such experiences were “authentically graced moments,” the document added that they were “subjective ones in which her own imagination and intellect were constitutively engaged,” not “objective visions and revelations of the type seen at Guadalupe, Fatima, and Lourdes.”

The report also noted that Sister Neuzil’s spiritual director was a priest who later became archbishop of Cincinnati, Archbishop Paul F. Leibold. He had supported Sister Neuzil in various ways over many years. “However, in a letter written two years before his death,” the document noted that the archbishop said “he was unable to make a judgment on the supernatural nature of the visions or apparitions.”

While he said he attested to the sister’s holiness, he wrote: “I have never taken any action to promote her devotion publicly.”

The bishops concluded that since many of the prayers and religious articles such as medals have been given approval by “competent ecclesiastical authority,” the use of such materials could continue “as a matter of private devotion.”

In explaining the origins of the commission, Bishop Rhoades said that after receiving requests from bishops for some sort of assessment regarding the purported apparitions, then-president of the U.S. bishops conference, Cardinal Daniel N. DiNardo of Galveston-Houston, asked the Congregation for the Doctrine of the Faith if this was the appropriate competence of the conference.

The doctrinal congregation said it was more appropriately the responsibility of the local bishop where the apparitions and locutions were said to have occurred. This case was unusual in that several dioceses were involved, and all the bishops were asked to review and approve the final report.

Sister Neuzil, baptized Mildred, was born in 1916 and became a member of the Congregation of the Sisters of the Most Precious Blood of Jesus in 1933. In 1938, she said she started to experience mystical events, the report said.

Bishop Rhoades expressed appreciation for leaders of the devotion who provided the commission with literally thousands of pages of correspondence and other materials for review. “They are faith-filled, wonderful people,” he said.

Statement Regarding the Devotion to Our Lady of America

Decree Regarding Our Lady of America