WASHINGTON (CNS) — The $1.9 trillion American Rescue Plan Act, signed into law March 11 by President Joe Biden, will provide relief to Americans in need amid the pandemic, but it lacks “protections for the unborn,” the U.S. bishops said.

Their March 10 statement quickly followed U.S. House passage of the measure in a 220-211 vote. After the Senate passed its version of the bill March 6, it was sent back to the House where members reconciled its changes with the version they approved Feb. 27. President Biden then signed the bill.

In a joint statement, Los Angeles Archbishop José H. Gomez, president of the U.S. Conference of Catholic Bishops, and the chairmen of six USCCB committees praised “positive provisions” that “will save people from extremely desperate situations and will likely save lives.”

But they called it “unconscionable” that Congress passed the bill “without critical protections needed to ensure that billions of taxpayer dollars are used for life-affirming health care and not for abortion.”

Unlike all of the previous pandemic relief bills, Hyde Amendment language was not included in this measure. Hyde outlaws federal tax dollars from directly funding abortion except in cases of rape, incest or when the life of the woman would be endangered. 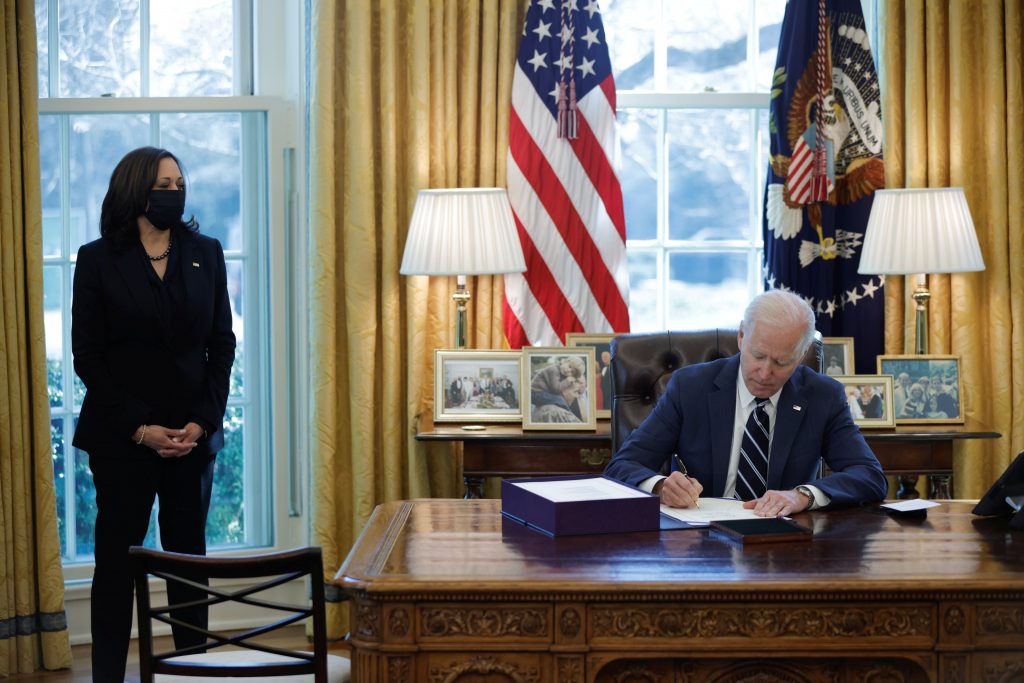 “As the American Rescue Plan Act was being written, Catholic bishops reached out to every House and Senate office to express our support for providing additional relief to help poor and vulnerable people who are most at risk of harm from this pandemic, and our strong conviction that this relief should also protect the unborn and their right to life,” the bishops said.

But “unlike previous COVID relief bills,” the bishops said, “sponsors of the American Rescue Plan Act refused to include the long-standing, bipartisan consensus policy to prohibit taxpayer dollars from funding abortions domestically and internationally.”

Hyde Amendment language “was needed because this bill includes many general references to health care that, absent the express exclusion of abortion, have consistently been interpreted by federal courts not only to allow, but to compel, the provision of abortion without meaningful limit,” the bishops said. 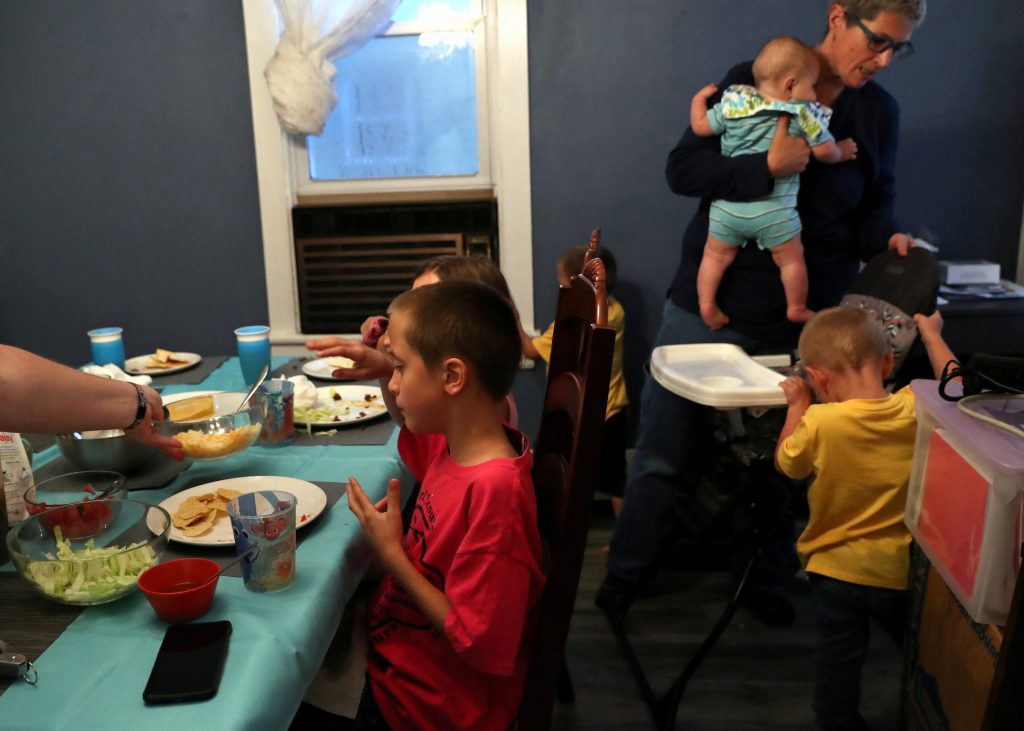 A family has dinner at their home in Pitman, N.J., Sept., 10, 2020, amid the coronavirus pandemic. (CNS photo/Leah Millis, Reuters)

“The many important, life-saving provisions in the American Rescue Plan Act have been undermined because it facilitates and funds the destruction of life, which is antithetical to its aim of protecting the most vulnerable Americans in a time of crisis,” they added.

No Republican in the House or Senate voted for the bill. Two House Democrats joined their Republican counterparts to vote against it Feb. 27; in the final House vote, one Democrat rejected it.

The measure includes $17 billion for vaccine-related activities and programs and $110 billion for other efforts to contain the pandemic; $130 billion for public schools; and $143 billion to expand child tax credit, childcare tax credit and earned income tax credit mostly for one year.

Other provisions include $45 billion to temporarily expand Affordable Care Act subsidies for two years and subsidize 2020 and 2021 coverage; $25 billion for grants to restaurants and bars; $7 billion to allow more loans under the Paycheck Protection Program; $6 billion to increase nutrition assistance; and $350 billion for states and localities.

It expressly provides $50 million for family planning, but as the bishops noted in their statement, and other national pro-life leaders have said, funding allocated in other provisions can be used for abortion.

It directs billions to state and local governments, $219 billion and $130 billion, respectively, “to mitigate the fiscal effects stemming from” COVID-19.

Because the Hyde Amendment is not applied to these funds, state and local governments could use the money to pay for abortion and abortion providers in the name of “responding to or mitigating the public health emergency,” said Carol Tobias, president of National Right to Life.

Jeanne Mancini, president of March for Life, said the “sheer size” of the measure gives it “the potential to be the largest expansion of abortion funding since Obamacare.”

She urged Biden “to honor the wishes of the majority of Americans who don’t want to pay for abortions and to return to his pro-life roots by vetoing this bill until the bipartisan Hyde Amendment and other pro-life protections are included.”