WASHINGTON (CNS) — A Department of Health and Human Services modified rule that helps ensure that faith-based social service providers will not be excluded from certain federally funded programs was met with approval by the chairmen of three U.S. Conference of Catholic Bishops committees.

The rule modification affects agencies that provide adoption and foster care services in particular. It allows faith-based social service providers “to continue partnering with the government to assist children in need,” the chairmen said in a Jan. 15 statement. 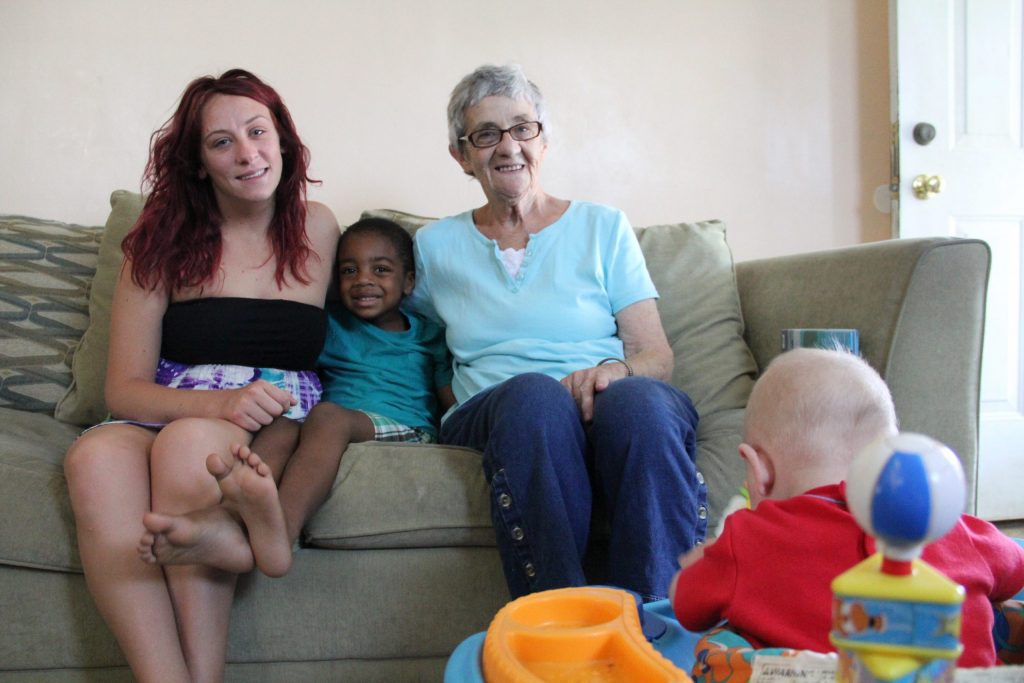 Cecilia Paul, right, a foster mother through Catholic Social Services of the Philadelphia Archdiocese for more than 40 years, is pictured in her Philadelphia home in this 2015 file photo with daughter Taylor and son Jamil, both of whom she cared for as a foster mother before adopting them. A Department of Health and Human Services modified rule taking effect Jan. 19, 2021, helps ensure faith-based social service providers will not be excluded from certain federally funded programs. (CNS photo/Sarah Webb, CatholicPhilly.com)

The rule modification affects a 2016 regulation put in place by President Barack Obama’s administration. The change allows faith-based adoption and foster care agencies to continue receiving federal funding for their work that follows their religious beliefs.

The chairmen noted how Catholic and other faith-based agencies annually serve thousands of families through adoption and foster care. “Many of these agencies have been doing this work long before the government became involved,” their statement said.

“It is a sad reality that state and local government agencies in multiple jurisdictions have already succeeded in shutting down Catholic adoption and foster care providers who operated in accordance with the teachings of the Catholic Church,” the chairmen said. “With over 400,000 children in foster care, we need to work together to take steps to increase — not decrease — opportunities for children to be placed with safe and loving families.”

“We appreciate the finalization of these rule modifications,” they added.

The U.S. Supreme Court heard arguments Nov. 4 in the case of Fulton v. Philadelphia, which centers on the city of Philadelphia’s 2018 exclusion of the foster program of Catholic Social Services of the Philadelphia archdiocese because of the agency’s policy of not placing children with same-sex couples or unmarried couples because such unions go against Church teaching on traditional marriage.

The justices seemed willing to find a middle ground in the case, which pits the rights of religious groups against state anti-discrimination laws.