The grisly discovery last fall of more than 2,000 medically preserved human fetal remains in the possession of a former northern Indiana abortion provider shocked the state and the nation. 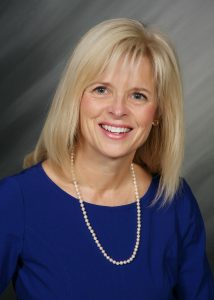 For Sen. Liz Brown, R-Fort Wayne, the case of Dr. Ulrich Klopfer only underscores the need for clear, legally enforceable guidelines for the respectful treatment of fetal remains after abortion. Her proposed legislation, Senate Bill 299, gives direction to the Indiana State Department of Health and augments a 2016 state law requiring fetal remains to be treated with dignity, which was upheld by the U.S. Supreme Court in May 2019.

Senate Bill 299 clarifies requirements for abortion providers to have policies in place with a funeral home or licensed burial provider to dispose of fetal remains by burial or cremation. In addition, it requires any facility providing abortion services to notify a woman of her right to the humane and dignified disposition of those remains. This includes giving her the choice of returning them to the clinic in the case of a medically induced abortion that may ultimately take place at home.

“We know that despite the law we passed in 2016, there are abortion clinics operating in Indiana that are continuing to treat fetal remains as medical waste,” Brown said. “That is actually breaking the law today.”

The other extreme, Brown stated in a Jan. 29 meeting of the Senate Health and Provider Services committee, is keeping fetal remains “as prizes or trophies” as Klopfer did.

For the Catholic lawmaker, this case hit particularly close to home because Klopfer had operated abortion clinics in her hometown of Fort Wayne as well as in South Bend and Gary. It was upon Klopfer’s death in September that investigators found the remains of 2,411 aborted fetuses and thousands of medical records at his Illinois property — all the result of abortions he had performed at his Indiana facilities before his medical license was suspended in 2015 for various violations.

Brown emphasized that Senate Bill 299 is not a reaction to the Klopfer case. Instead, she said it is simply designed to fully implement the 2016 legislation — House Bill 1337 — that was immediately challenged by the abortion industry but finally upheld by the Supreme Court.

“The Klopfer case just underlines the need for this type of law,” said Brown, a member of St. Jude Church in Fort Wayne. “It brings to light how deceptive the abortion industry can be.”

The Indiana Catholic Conference stands in strong support of Senate Bill 299, as it did with the legislation four years ago.

“We believe that in keeping with respecting the dignity of the body, particularly the most vulnerable in the form of these aborted fetuses, ensuring a proper burial or cremation is essential,” said Angela Espada, executive director of the ICC, the public policy voice of the Catholic Church in Indiana.

Church teaching on the matter is clear, added Father C. Ryan McCarthy, a bioethicist and moral theologian for the Archdiocese of Indianapolis.

“Every human person is equal in dignity in the sight of God, and for Catholics, not only are there traditions but actual requirements of canon law” surrounding proper disposition of human remains, said Father McCarthy, who serves as pastor of Our Lady of the Most Holy Rosary Parish in Indianapolis. “We are required to bury human remains, to the best of our ability, intact and in a permanent place.”

Father McCarthy acknowledged that sometimes in the early stages of pregnancy — whether by miscarriage or abortion — fetal remains are lost or cannot be identified.

“No one is bound to the impossible,” he said. “But if you have fetal remains, they must be treated with due respect.”

In the Klopfer case, both the Diocese of Fort Wayne-South Bend and the Diocese of Gary offered to provide for burial of the remains found on the doctor’s property and reiterated those offers to the Office of the Indiana Attorney General, which is handling the case.

Several representatives of the Attorney General’s office spoke in support of Senate Bill 299 during the Jan. 29 committee hearing.

“It is vital to have very strong laws on the books dealing with the disposition of fetal remains and to document that it has been done so appropriately,” said Parvonay Stover, director of government affairs and legislative policy.

The Attorney General’s office is continuing with its investigation and is working to ensure that the fetal remains will be returned to Indiana and treated with proper dignity and respect, the representatives said.

Senate Bill 299 passed 10-1 at the conclusion of the hearing, with Sen. Jean Breaux, D-Indianapolis, casting the only dissenting vote. The bill is expected to pass the full Senate and will be considered by the House in the coming weeks.

“This is a very straightforward bill that merely implements the rules (in the 2016 law) so that every health care provider, whether an abortion clinic or hospital, understands that they can no longer use their earlier protocols for fetal remains,” Brown said. “Despite what people on the other side of this issue say, there needs to be more definition around these matters.”

To follow Senate Bill 299 and other priority legislation of the ICC, visit www.indianacc.org. This website includes access to I-CAN, the Indiana Catholic Action Network, which offers the Church’s position on key issues. Those who sign up for I-CAN receive alerts on legislation moving forward and ways to contact their elected representatives.