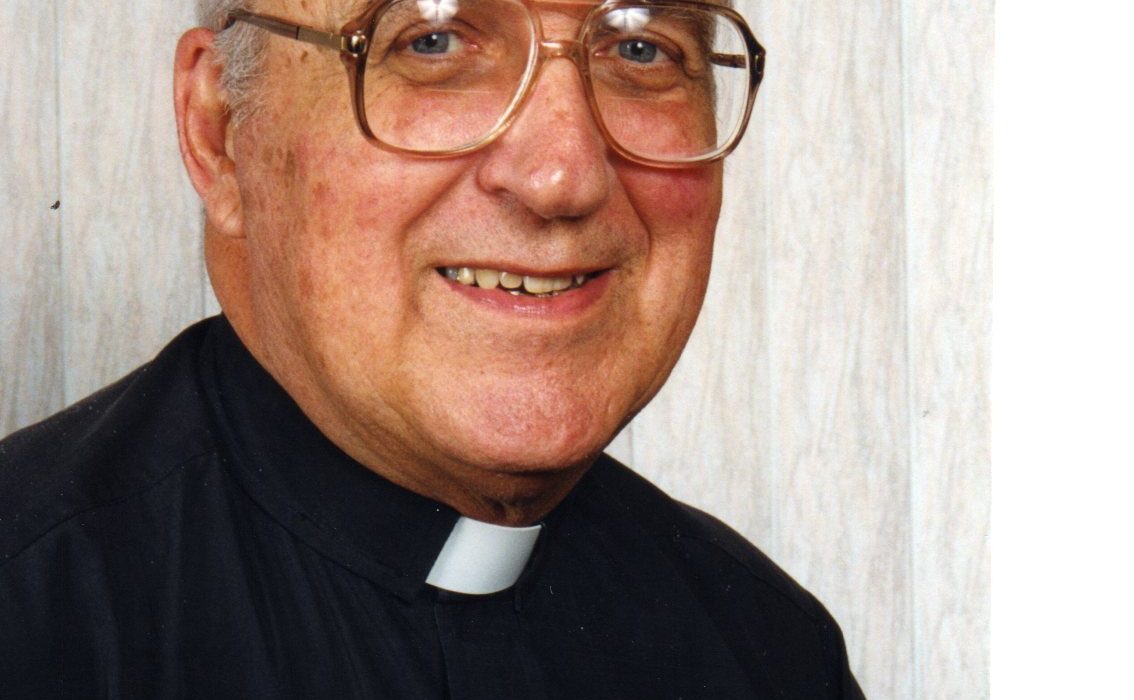 FORT WAYNE — Msgr. Raymond Balzer, a retired priest from the Diocese of Fort Wayne-South Bend, died Monday, Sept. 17, at Saint Anne Home and Retirement Community in Fort Wayne, where he was a resident. He was 89 years old.

He attended St. Mary’s School for eight years in Beaver Falls, Pa., and then attended Pontifical College Josephinum in Worthington, Ohio, for 12 years.

Ordained by Apostolic Delegate Cardinal Amleto G. Cicognani at Pontifical College Josephinum on June 4, 1949, Msgr. Balzer has served the diocese as an assistant and pastor at many parishes. As assistant pastor, he served at Our Lady of Hungary in South Bend, St. Patrick in Fort Wayne and St. Mary in Huntington.

Father Balzer retired in 1999 and moved to Saint Anne Home in Fort Wayne in 2005.

As a senior priest in November of 2009, he received the title of “monsignor,” an award granted by the pope, usually at the request of the local bishop.

In a 2009 interview with Today’s Catholic, when Msgr. Balzer was preparing to celebrate 60 years in the priesthood, he said what drew him to the priesthood was, “all of the good examples set forth by my parents, the parish priest, sisters and my hometown of Beaver Falls, Pa. There is a special closeness in this town.”

When asked what he liked best about being a priest, he said, “Serving the Church! The priesthood is not a privilege, but a life of service.”

Msgr. Balzer’s large family provided him with over 20 nieces and nephews. One niece, Rosemary Fitzpatrick, recalls Msgr. Balzer as a gentle and humble man.

“He and I were inseparable,” she said, “Father Ray was like my dad.”

She recalls his visits home for Thanksgiving when he would take all the children of the family on a hike to allow time and space for the adults to prepare the meal in peace.

Another endearing aspect of this devout priest was his devotion to the University of Notre Dame football. Fitzpatrick said chuckling, “He was a real Notre Dame fan. You couldn’t even talk to him when he was watching Notre Dame.”

“He was a very faithful person,” Fitzpatrick said. During her many travels to Fort Wayne to visit Msgr. Blazer for birthdays and holidays she notes, “that everyone called him a saint.”

Of the others who knew Msgr. Balzer, Arlene Kiel of Fort Wayne, has the special memories reserved for one who served as his parish secretary in two parishes, St. Patrick, Fort Wayne, and St. Rose, Monroeville.

“He had friends in every parish where he served,” she recalls, “and although he loved and lived every aspect of the priesthood, he was so proud of those he brought into the faith, that he kept a record … 297 converts in his 63 years of priesthood.”

Arlene and her husband John’s friendship with Msgr. Balzer deepened into a caregiver aspect in monsignor’s retirement years at Saint Anne Home, as they assisted him with visits to doctors’ and dentists’ offices. They were often his hosts on Christmas Eve.

The Kiels cherish many memories of “the Monsignor” and one of their favorites is when the three of them returned to St. Patrick’s, Fort Wayne, where Msgr. Balzer celebrated their 50th wedding anniversary Mass.

Bishop Kevin C. Rhoades will celebrate a Mass of Christian Burial scheduled for 11 a.m. Sept. 20 at St. Patrick Church, Fort Wayne, where Msgr. Balzer served as associate pastor from 1951 to 1952 and as pastor from 1975 through 1981. He will be buried in the Catholic Cemetery in Fort Wayne.