Devotion to the person of Mary, the mother of Jesus, is quite ancient. In addition to the words recorded by the evangelist St. Luke, which form the core of the prayer we know as the “Hail, Mary,” there is other ancient evidence of Christians invoking her in prayer. Perhaps the earliest prayer for her intercession we possess was discovered in the desert of Egypt on a Greek papyrus dated to the third century. The prayer addresses her as Theotokos, “Mother of God,” and asks her protection, help, and prayers. In the Latin tradition, it is known as the Sub tuum praesidium, and may be used as the final antiphon in the celebration of Compline (Night Prayer).

By the second century A.D., Fathers of the Church such as Justin and Irenaeus – seemingly independently of each other – cast Mary as the “New Eve” just as Paul had seen Christ as the “New Adam”: Eve’s mistrust of
the Lord at the insinuation of the serpent was undone by Mary’s trusting fiat in response to her angelic visitor. As Eve was the “mother of all the living,” so now Mary is the “new Mother of all the living,” that is, of all who receive new, supernatural life from Jesus, her Son.

The ongoing reflection on the person of Mary, deeply shaped by devotion and piety, helped the Church to articulate four dogmas: her divine motherhood (her identity as “Theotokos”), her perpetual virginity, her bodily assumption at the end of her life, and her status as immaculately conceived and thus without sin. 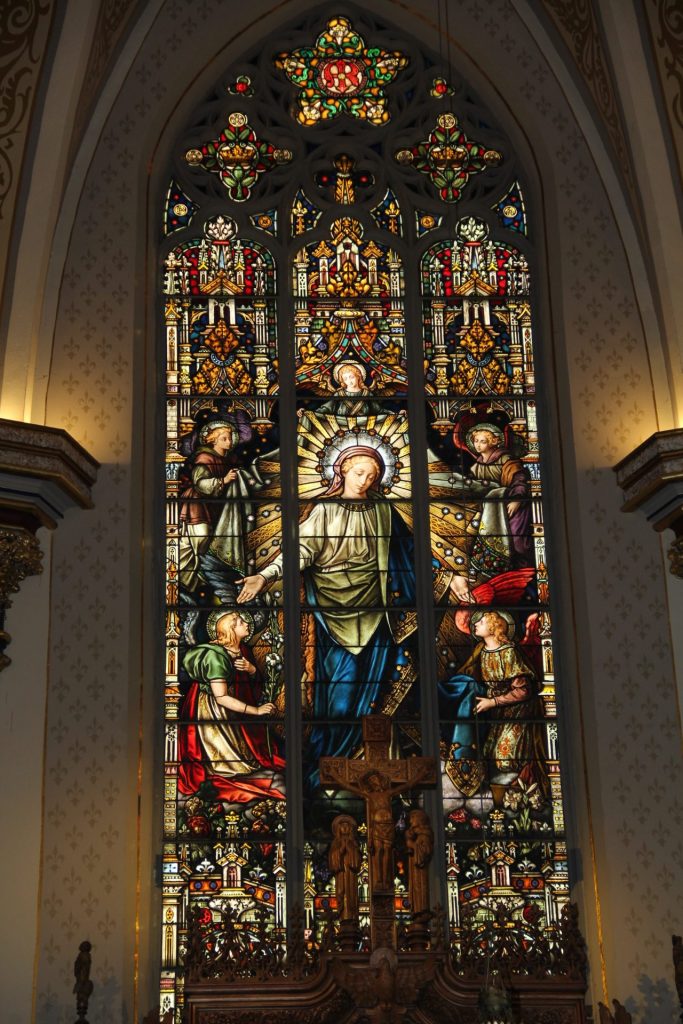 Marian dogmas, while beautiful in themselves and worthy of wonder and meditation, always point us as well to the saving work of her Son, apart from whom they would have no meaning.  The earliest dogmatic dispute involving claims about Mary was resolved at the Council of Ephesus in 431 A.D., and the debate was as much about the person of Christ as it was about his mother. Some, thinking themselves theologically more sophisticated, thought the language of Theotokos, “Mother of God,” an overreach and misleadingly dangerous, and instead suggested that more properly she should be called Christotokos, “Mother of the Christ.”  While Nestorius claimed that: “Strictly speaking, Mary cannot be the ‘Mother of God’,” St. Cyril of Alexandria, champion of the more traditional title rooted in the devotional and liturgical life of the Church, replied with, “if Mary is not, strictly speaking, the ‘Mother of God,’ then the one to whom she gave birth is not, strictly speaking, God,” reducing to absurdity Nestorius’s claim.

The title Theotokos is itself a sign that the Son of God truly became man and that the human nature he assumed is taken from the very person of his mother, Mary. It is most moving to consider the likely possibility that as a small child Jesus heard more than once “you have your mother’s eyes,” or “you take after your mother.”

The dogma of the Assumption, for example, reveals to us the life of glory to which we are called, and this glory must always be associated with the glory of Mary’s Risen Son. Mary experiences now what we all hope to experience – an embodied and glorified union with God; Father, Son, and Holy Spirit. This mystery also reveals that we are created not as souls imprisoned in bodies or with an aim to escape bodily existence, but rather that we are created and redeemed, both body and soul. Mary, now in glory, experiences this – and she is a pattern for each believer in our ultimate perfection just as much as she is a pattern or type of the Church in the fullness of its own perfection. 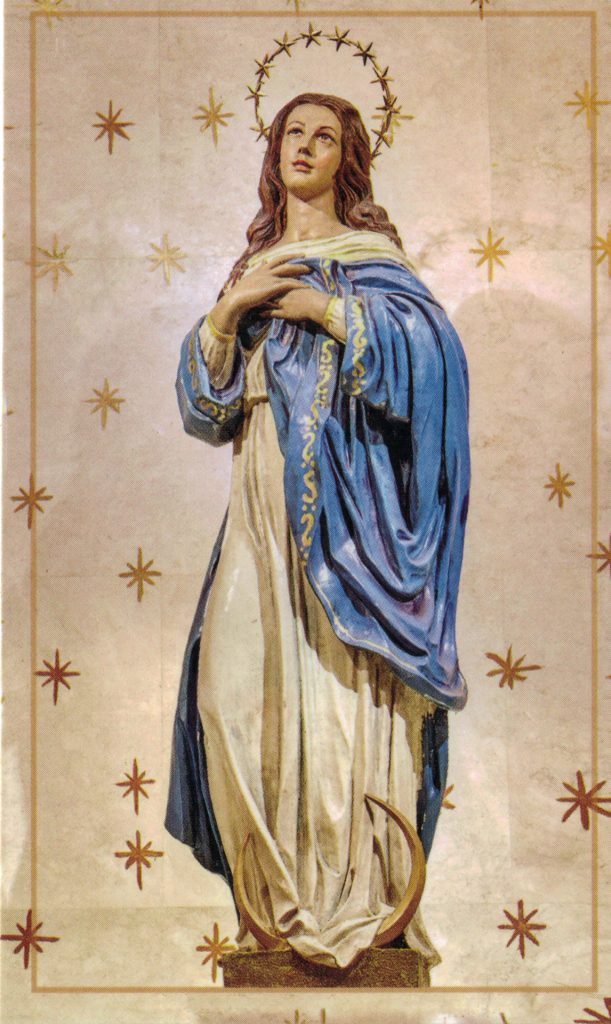 The dogma of Mary’s Assumption is itself rooted in her Immaculate Conception: That from the first moment of her conception in the womb of her mother, Anne, Mary was preserved from the stain of original sin. Mary was taken bodily to heaven at the end of her earthly existence and shares fully in the redeeming work of her Son. Neither her Assumption nor her Immaculate Conception was something she achieved by any kind of personal effort or merit apart from Christ. Recall that Mary was greeted by Gabriel with the title, “full of grace” (kecharitomene in the Greek of the New Testament); pious reflection on this assisted the Church in “unpacking” its full significance.

The Church makes clear that her freedom from original and personal sin is the fruit of her benefitting from the saving work of the Son she was to bear. As the Collect (Opening Prayer) for the Solemnity of the Immaculate Conception succinctly puts it: “you preserved her from every stain by virtue of the Death of your Son, which you foresaw…” Mary was redeemed by her own Son — God is not subject to time as we are, so the Son whom she was to bear is the cause of her freedom from sin. There is no other source of her immaculate status. What this mystery reveals to us is that there is no other Savior apart from Jesus, that Mary was saved by her own Son’s work, and, further, that Jesus wants to share His risen life with us. The dogmas of the Immaculate Conception and the Assumption are thus integrally, organically related. It was because of Jesus and His saving death that His own mother was to remain sinless and so to share in that risen and glorified life.

The Fourth Gospel draws out Mary’s participation in the work of her Son, at the beginning of His earthly ministry to the final moments of His life, from the wedding at Cana to her presence at the foot of the cross, where the Beloved Disciple (a type or figure of every disciple) is entrusted to her care and she to his; Mary here is clearly also a type or figure of the Church, which gazes upon her Lord in the glory of His sacrifice. And it is from this sacrifice on the cross that the Church draws its very life and identity. It is in fact on the Cross that “the wedding feast of the Lamb has begun and his bride has made herself ready” (Revelation 19.7).

Perhaps this coming year of grace, 2023, will be an opportune time for individuals and parishes in our diocese to organize visits to the cathedral, to pray in our mother church under the patronage of the Mother of the Church.