VATICAN CITY (CNS) — At the Pontifical North American College, new student orientation is not just a weekend or even just a week — it includes almost a month of intensive Italian studies, punctuated with occasional gelato sampling and one big shoutout from Pope Francis.

The 39 “new men” at the U.S. seminary in Rome were in town for a few days in late July before heading off to language schools in Assisi, Siena and Verbania.

In late August, they returned to the campus on Rome’s Janiculum Hill to begin orientation. Pope Francis marked the occasion.

The seminarians stood in the sweltering heat with thousands of other pilgrims and visitors in St. Peter’s Square Aug. 25 to pray the Angelus with the pope. 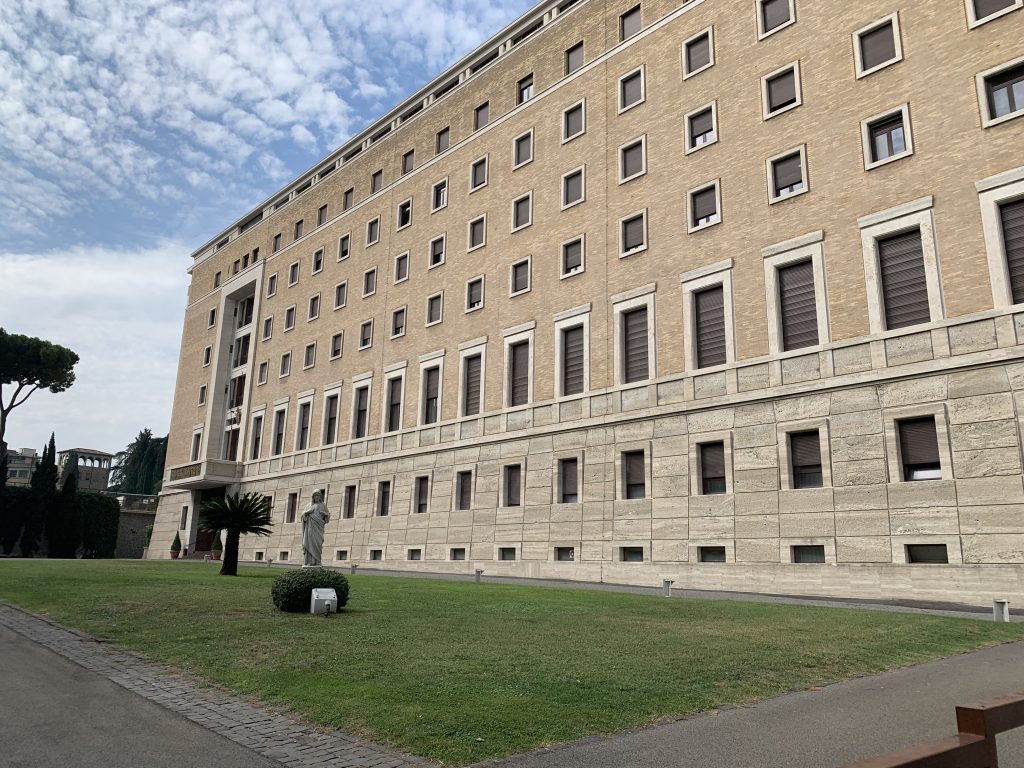 The Pontifical North American College on the Janiculum Hill overlooking St. Peter’s Square will be home to 196 seminarians and first-year priests in the 2019-20 academic year. The students come from 85 dioceses in the United States and three dioceses in Australia. (CNS photo/Cindy Wooden)

After the prayer, the pope addressed the NAC students, urging them to focus on their spiritual lives and always maintain their “fidelity to Christ, to the Gospel and to the magisterium of the Church. Without building on these columns, it will be impossible to truly construct your vocation.”

The next day, they were back in the classroom. Their language lessons continue each morning, but the rest of their days include conferences on the seminary program, house rules and service opportunities, meeting the faculty and potential spiritual directors and getting to know one another and the city they will call home for four or five years.

For the 2019-20 academic year, Father Peter Harman, rector of the college, said he expects to have a total enrollment of 196 seminarians from 85 U.S. dioceses and three Australian dioceses. The number is down slightly from last year, but an unusually large class of men just finished their studies.

Of course, everyone in the massive building on the hill is aware of the clerical sexual abuse scandal, and the seminary program continues to be updated to strengthen child protection training and guard against sexual harassment.

“Last year was a very difficult year for lots of guys” given all of the new revelations about abuse, its cover-up and about the former cardinal, Theodore E. McCarrick, and his sexual harassment of seminarians in New Jersey, Father Harman said.

In light of the McCarrick case and reports of harassment at other seminaries, he said, the North American College offered special training on “boundaries,” on what the students have a right to expect and how they must behave with each other. The college also revised its student handbook to outline steps for raising concerns about others’ behavior and for reporting harassment. 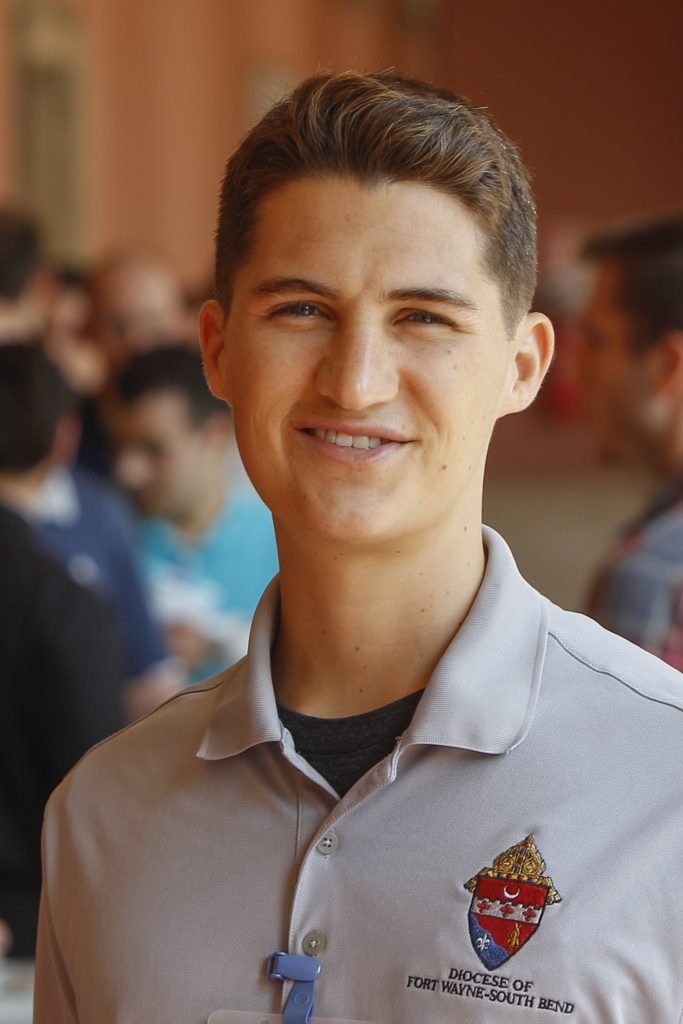 Samuel Anderson, a seminarian from the diocese of Fort Wayne-South Bend, Indiana, is pictured Aug. 29, 2019, at Rome’s Pontifical North American College. He is one of 39 new students there this fall. (CNS photo/Robert Duncan)

Samuel Anderson, 24, a first-year NAC seminarian from the Diocese of Fort Wayne-South Bend, Indiana, said his commitment to pursuing priestly ordination remains because a vocation is built on one’s relationship with Jesus Christ; “it’s not the Church in its grandeur or scandal, but really it’s Jesus Christ who calls us.”

Ben Pribbenow, 24, from the Diocese of Green Bay, Wisconsin, said that while some people are leaving the Church because of the scandal, “there are plenty of people staying in the Church” and they deserve good and holy pastors.

The rector and the two new students also spoke Aug. 28 about the “Francis effect” on the seminary program. For the rector, it is particularly seen in the way the students themselves have found ways to help the homeless they meet on the streets of the Rome.

“That’s a real call back to the basics of the faith,” and to seeing Christ in the poor and needy, Father Harman said. “I also think they see in Pope Francis someone who doesn’t just say, ‘Well, this is the faith and this is what it’s like,’ but finds a way to engage people, and this generation is willing to do that,” finding creative ways to have conversations about faith with people who are not coming to Church.

Pribbenow said what strikes him most about Pope Francis “is his simplicity of life and his servant heart. You see him working with the poor, visiting the prison, and those service aspects of his pontificate are things that I hope to mirror — looking out for the least among us.”

Anderson added that he believes Pope Francis’ “message of mercy is something all the world needs to hear” and learn to act on, especially when looking at policies regarding poverty and immigration.

The students may be busy with prayers and studies, but they know what is being said and written about the pope, too, the rector said. The seminary encourages them to be “discerning” listeners or readers and recently updated its social media guidelines for students.

“We want them to engage in that, but you have to do it in a way that builds up the Church and doesn’t divide it — there are plenty of people who will do that,” he said.