Three years ago, on World Autism Awareness Day – April 2 – a priest announced to the world the news of his unexpected new diagnosis. Like many people with autism, Father Matthew Schneider, LC, struggles with the social aspects of the spectrum disorder, such as reading people’s expressions and understanding verbal cues. Unlike many people with autism, however, Father Schneider lived much of his life not knowing that these issues had an underlying cause.

It wasn’t until post-ordination that he was finally diagnosed with the neurological disorder. Now that he can put a name to his social difficulties, he is more able to discern his vocation as a priest, and a part of that is in helping people with similar disabilities to carve out a home within the Church. 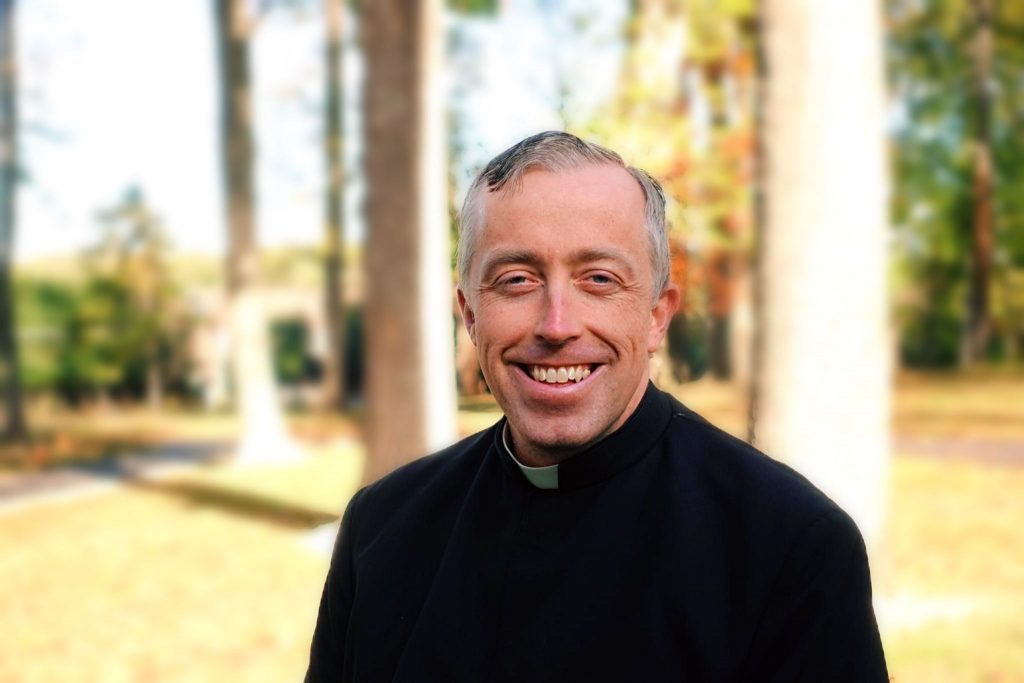 His book “God Loves the Autistic Mind: A Prayer Guide for Those on the Spectrum and Those Who Love Us,” is the first Catholic prayer guide written by a person with autism. Father Schneider also maintains a list of Catholic parishes in the U.S. that provide a sensory-friendly Mass, one of which is in the Diocese of Fort Wayne-South Bend.

The main reason he received his late-in-life diagnosis instead of discovering the disability as a child was due to changes in the testing used to determine if a person has autism. Father Schneider was among the top ten students in his Canadian schools, and back then, intellectual delays were generally considered a major criterion for those with autism. Those standards have changed throughout the years.

“If the 2020 diagnostic criteria existed back in 1990, the chance I would have been diagnosed when I was in school is pretty high,” Father Schneider said. Even going through entrance evaluations for the seminary did not indicate a disability. That only came after he was suddenly removed from his post as school chaplain after one failed year.

Today, Father Schneider maintains active Facebook and Twitter pages under the handle “Autistic Priest” along with a website. He is a member of the Legionaries for Christ and is currently living in the Washington, D.C. area. On his website, he keeps an active directory of parishes throughout the U.S. that host a sensory-friendly Mass. Included on that list is St. Vincent de Paul Parish in Fort Wayne, which began hosting their sensory-friendly Mass last year. He is also working on a doctoral thesis and searching for a way to serve God in the world of academia. 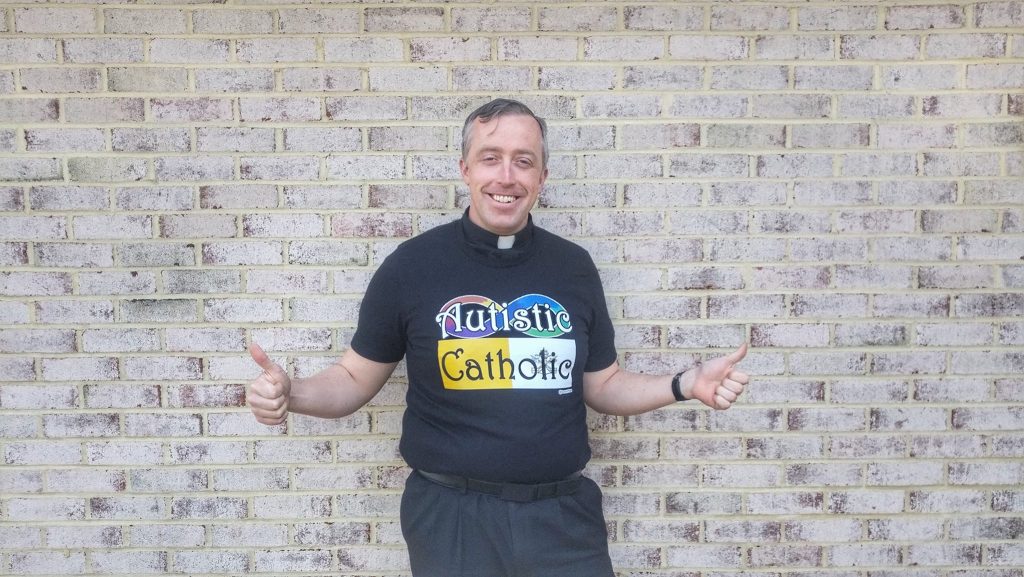 Part of the way that Father Schneider connected with his own faith was through the logical mindset of his autism. It was by reading Peter Kreeft’s and Ronald K. Tacelli’s “Handbook of Christian Apologetics” as a teenager that he began to develop a more personal faith life because of the rational arguments presented, but he admits that most people would not relate to the book in the same manner.

He explained that: “God has a whole spectrum of how we relate to Him and, obviously, if He made us this way, He will relate to us in a way that He made us. If He made me autistic, He’s going to relate to me in accord with that autism.”

In his new book, “God Loves the Autistic Mind, A Prayer Guide for Those on the Spectrum and Those Who Love Us,” Father Schneider outlines what autistic prayer might look like and provides daily devotions for those on the spectrum as well as family members and other caregivers. The first part of the book “is kind of a systematic presentation of autistic prayer” and the second half is comprised of devotions. Though other books about autism spectrum disorder and Catholic life exist, Father Schneider is certain that his is the first one written from a first-person perspective, and definitely the first priestly perspective on autism.

Adapting liturgical and personal prayer styles and prayer postures for those with disabilities is a large part of his book. “I’m trying to provide a bunch of different tools that could help someone on the spectrum or help a family member to pray. That’s the idea of the book and that’s the goal.”

His personal experiences have led him to advocate not only for those on the autism spectrum, but all of God’s children who might learn differently or see God in a unique manner. “I think we have to see it in the sense of all the different people we have; in the sense that we want to walk with everyone because Jesus didn’t say ‘I come to save just these people or those people.’ He wants to save everyone. And in this sense, we want to be able to accommodate everyone based on their different needs,” he said.

This accommodation means churches providing for individual needs, whether that entails wheelchair accessibility, a sign language interpreter for the deaf or a dedicated Mass for Spanish-speakers. For people with autism or those who have sensory issues, Father Schneider endorses sensory-friendly Masses and has celebrated these himself. But for those who live in areas where it is not offered, he recommends “trying to work with both sides to find the accommodations” needed to prevent sensory overload, such as asking the pastor for dimmer lighting in one area of the church at a particular Mass. He also advises those with disabilities like autism to know themselves; that if they cannot handle a post-Mass social hour, for example, to allow themselves not to feel pressured to stay for it.

He explained that: “To a large extent, one of the biggest factors of autism with how the brain is structured differently is that we have less filters or different filters.” This can cause a person undue stress when trying to interact with someone rather than enjoyment of a social event. For others, being active at their church involves filling a specific role or purpose.

“God Loves the Autistic Mind” will be available in late May through Pauline Books and Media. To learn more about Father Matthew Schneider, LC, visit his website: frmatthewlc.com.