SYDNEY (CNS) — As the Church in Australia prepares for its first Plenary Council since 1937, Church leaders and theologians speculated on what the extensive parish consultation process conducted over the last two years might offer the wider Church as it prepares for a 2023 Synod of Bishops on synodality.

Daniel Ang, director of the Archdiocese of Sydney’s Centre for Evangelisation, said he hoped the process in Australia “might offer to the universal Church — from the ‘peripheries’ — a recognition that it is in the lives of the ordinary faithful that the Word of God is lived and expressed, and this personal reality brings genuine perspective and insight to the Church’s situation.”

“Equally, I think we recognize that this personal faith springs from and actually needs to be brought into conversation and challenge with the Church as a whole, as a body of the faithful, as a tradition capable of throwing timeless light on new questions, and a dwelling place of the Holy Spirit, who alone can show us how the Church might best serve the presence of God in the world,” he told The Catholic Weekly, newspaper of the Archdiocese of Sydney. Ang will serve as a theological adviser to the Plenary Council’s first assembly, which begins Oct. 3. 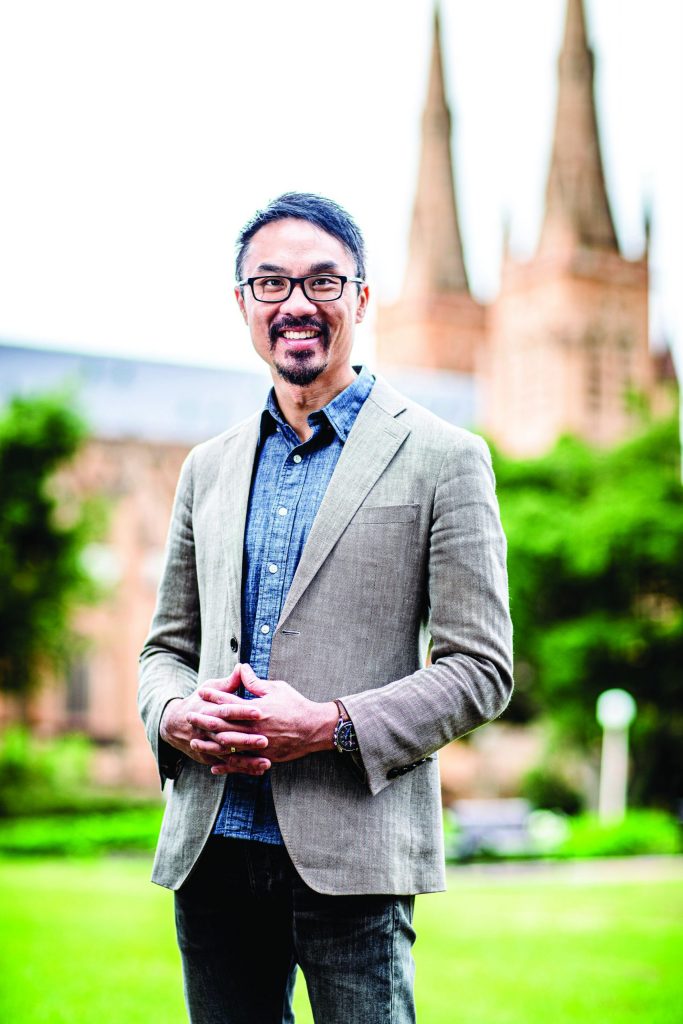 Daniel Ang, director of the Archdiocese of Sydney’s Center for Evangelization, poses outside St. Mary’s Cathedral in Sydney May, 27, 2020. Ang is a co-author of the working document for the upcoming Fifth Plenary Council of the Church in Australia, set to begin Oct. 3, and will serve as a theological adviser to the Plenary. (CNS photo/Alphonsus Fok, The Catholic Weekly)

Beginning on Pentecost in 2018, Australian Plenary Council organizers carried out a nationwide consultation designed to crystallize the key themes and issues confronting Church life at every level. About 220,000 people responded to the question “What do you think God is asking of us in Australia at this time?”

Ang, who helped write the working document for the Plenary Council that resulted from those consultations, said Australia’s process was significant, even if for some “an unsettling conversation” about the way in which the Church can best practice its mission in Christ into the future.

Archbishop Timothy Costelloe of Perth, who serves as Plenary Council president, said the Synod of Bishops “picks up” on the journey of many local churches, including the Church in Australia.

“We gathered rich and diverse input during the Plenary Council’s listening and dialogue and later listening and discernment phases, which can help inform the preparations for the Synod of Bishops,” he said. 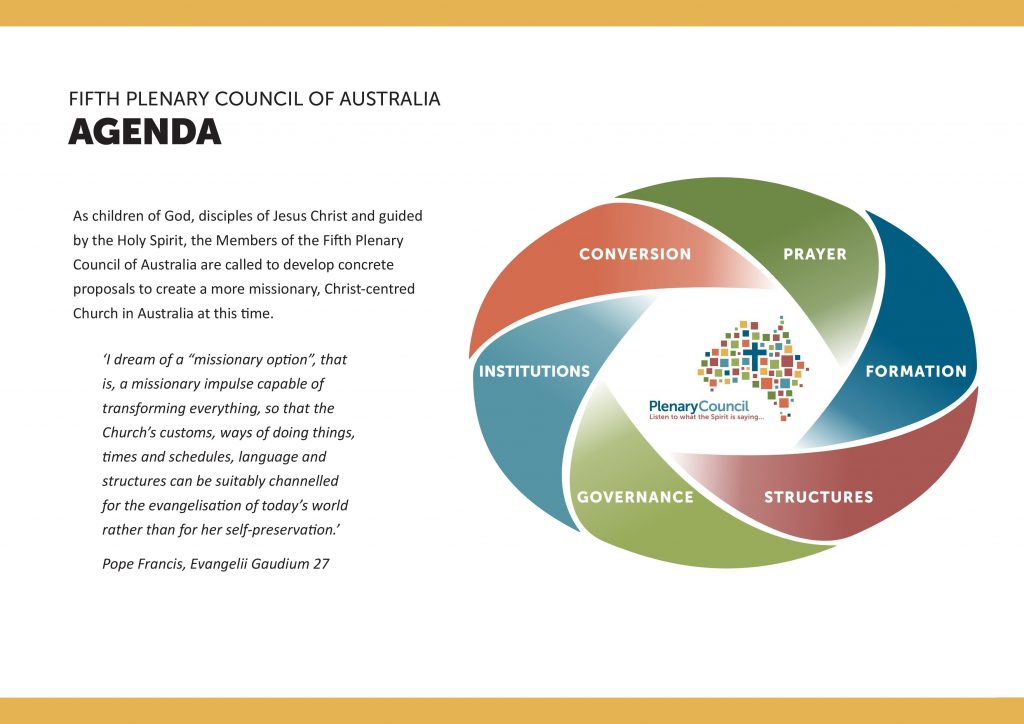 But Sandra Lynch, director of the Institute for Ethics & Society and professor of philosophy at the University of Notre Dame Australia, said the Plenary Council process suggests that the challenge of engaging as many of the faithful as possible, other Christians, nonChristians and those on the margins of society would be a significant one in preparing for the 2023 Synod of Bishops.

“Mechanisms must be found that make the consultation process as unlabored and effective as possible, despite the difficulties of engaging in dialogue and discernment in the COVID context,” she said.

“If the consultation process is to be a genuine catalyst for change, then we must assure the faithful that they will be heard; encourage them to be open, humble and hopeful about the process; and overcome skepticism about processes of consultation within the Church. The support of the clergy and religious is crucial in this regard,” she added. 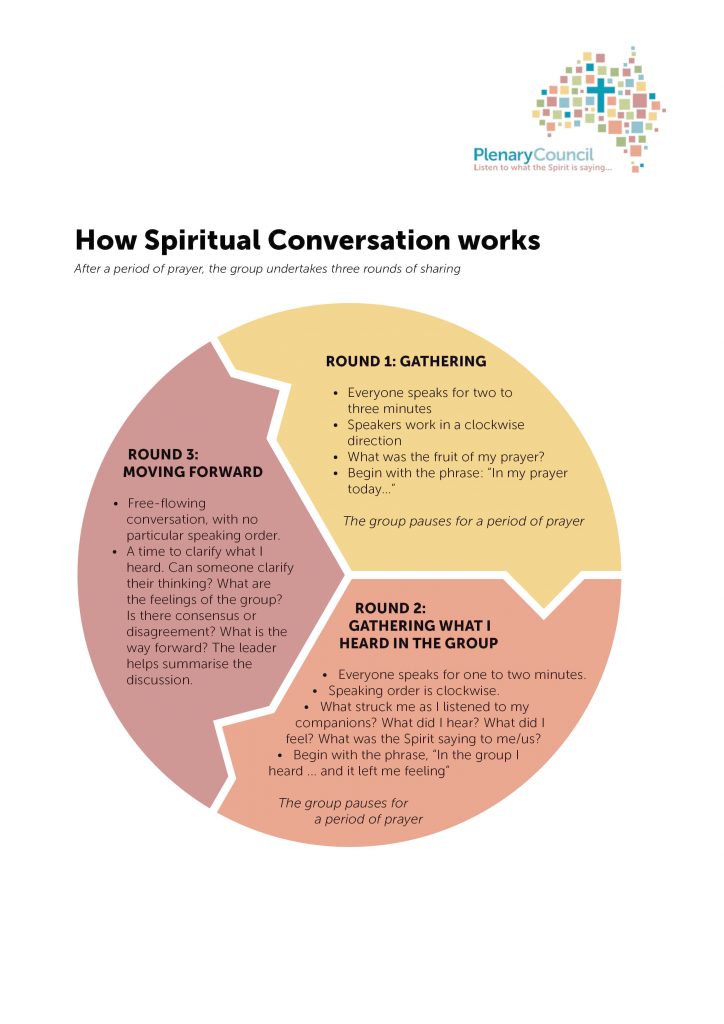 She also said the national facilitation team’s method of “spiritual conversation” was “valuable in encouraging deep listening and engaging both the hearts and minds of participants. It will no doubt be equally helpful in relation to the 2023 synod processes if it is widely used.”

Archbishop Peter Comensoli of Melbourne, Australia’s largest archdiocese, told The Catholic Weekly that whatever emerges from the plenary, “our mission of sharing Christ faithfully doesn’t change; however, the means by which we proclaim him might need serious reshaping.

“In Australia, we need to be humble about the global Church and recognize that different circumstances require different approaches,” he said.

“What we’ve done Down Under will, I hope, be a great example of listening to the Holy Spirit and acting boldly, but the Spirit may say something different to other parts of the Church as we all enter into paths of synodality,” Archbishop Comensoli said.

“In Australia we’ve done something bold and we’ve been willing to take some risks, in that we have engaged as many of our people as possible about the future, and that should be a model for all of us,” he added.

Brisbane Archbishop Mark Coleridge, a driving force behind the plenary and president of the Australian Catholic Bishops’ Conference, said he had recently met with the leadership of the Synod of Bishops office in Rome, and it was clear they have been following the journey of the Australian Plenary Council with interest.

“The preparatory document of the synod speaks well of the Plenary Council here, as Pope Francis did in his book ‘Let Us Dream,’” he said.

“The Holy See can learn from us, and we can certainly learn from them, as we have on the journey of the Plenary Council and will as the synod process unfolds.

“This is itself part of the experience of synodality, with the Church local and universal in a new kind of dialogue,” he said.