Cardinal DiNardo had said in a statement Aug. 16 that he was requesting a meeting at the Vatican following the release of the Pennsylvania grand jury report on the mishandling of hundreds of cases of sexual abuse in six dioceses and after news was released that allegations of child sexual abuse committed by Archbishop Theodore E. McCarrick, the former cardinal-archbishop of Washington, were found credible. 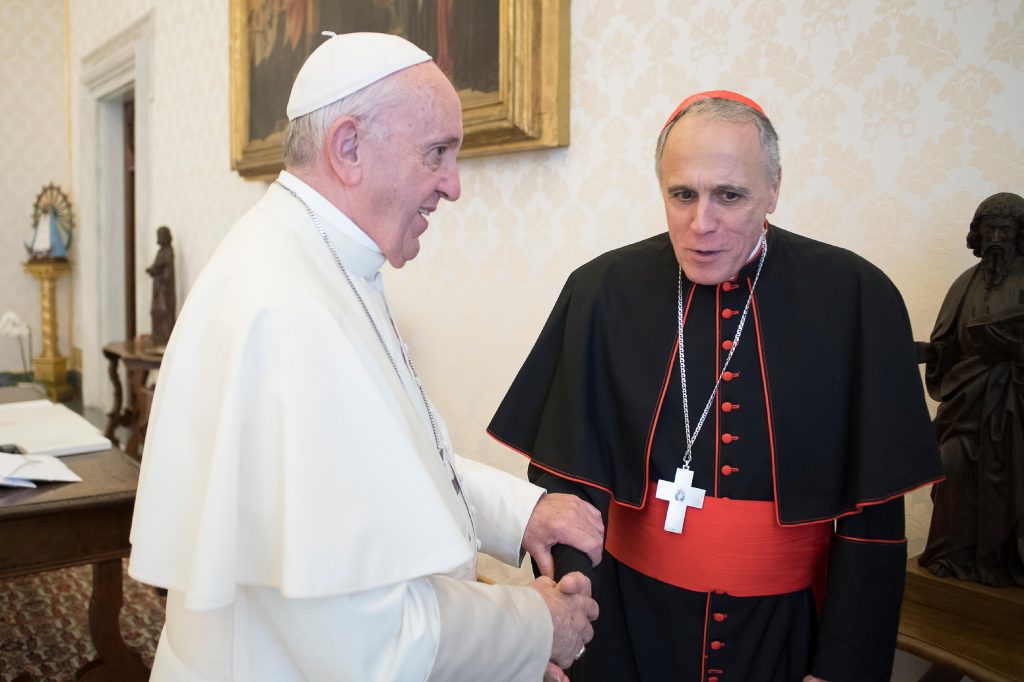 Pope Francis greets Cardinal Daniel N. DiNardo of Galveston-Houston, president of the U.S. Conference of Catholic Bishops, during a private meeting in 2017 at the Vatican. Pope Francis will meet Sept. 13 with Cardinal DiNardo and with Cardinal Sean P. O’Malley of Boston, president of the Pontifical Commission for the Protection of Minors, the Vatican press office announced Sept. 11. (CNS/L’Osservatore Romano)

The USCCB Executive Committee, Cardinal DiNardo had said, met recently and established three goals: “an investigation into the questions surrounding Archbishop McCarrick; an opening of new and confidential channels for reporting complaints against bishops; and advocacy for more effective resolution of future complaints.”

Achieving the goals, he had said, would involve “consultation with experts, laity and clergy, as well as the Vatican. We will present this plan to the full body of bishops in our November meeting. In addition, I will travel to Rome to present these goals and criteria to the Holy See, and to urge further concrete steps based on them.”

“The overarching goal in all of this,” he had said, “is stronger protections against predators in the church and anyone who would conceal them, protections that will hold bishops to the highest standards of transparency and accountability.”