FORT WAYNE — The World Apostolate of Fatima, Fort Wayne-South Bend Division, will host its annual Mass and breakfast Saturday, Oct. 6, beginning at 7:30 a.m. with confession, rosary and a First Saturday meditation at the Cathedral of the Immaculate Conception, 1122 S. Clinton St. Mass will begin at 9 a.m. Concelebrants for the Mass will be Father Glenn Kohrman and Father Robert Garrow.

After Mass, a Marian procession will take place from the cathedral to the Grand Wayne Center, 120 W. Jefferson Blvd., where breakfast will be served. Guest speaker at the breakfast will be Father Joseph Mary Wolfe, MFVA, chaplain of Eternal Word Television Network.

Father Joseph initially came to work at EWTN in 1985 as an engineer. Two years later, he became one of the founding members of the men’s community that Mother Angelica founded in 1987: the Franciscan Missionaries of the Eternal Word. The motto of the friars is: “The lost I will seek out, the strayed I will bring back.” The brothers realized their mission by utilizing modern means of communication, reaching millions of souls throughout the world.

Father Joseph was ordained to the priesthood in 1993 and often celebrates the daily televised Mass. He also has produced a pro-life rosary that airs on Saturdays, and a television series on the faith of farmers in his homeland of Eastern Iowa, titled “Faith in the Heartland.” He hosts an ongoing EWTN television series on lay movements in the Church, titled “The Church Universal.”

Bruce Keller, a graduate of the Class of 1966, was the recipient of the 2018 Distinguished Knight Award. Keller spent many years working for a city government in Illinois, helping improve the community for people he served.

In May, the University of Saint Francis’ board of trustees and USF’s president, Sister Elise Kriss, awarded Heiny an honorary doctor of humane letters at commencement for his lifetime accomplishments and service to God and his community. 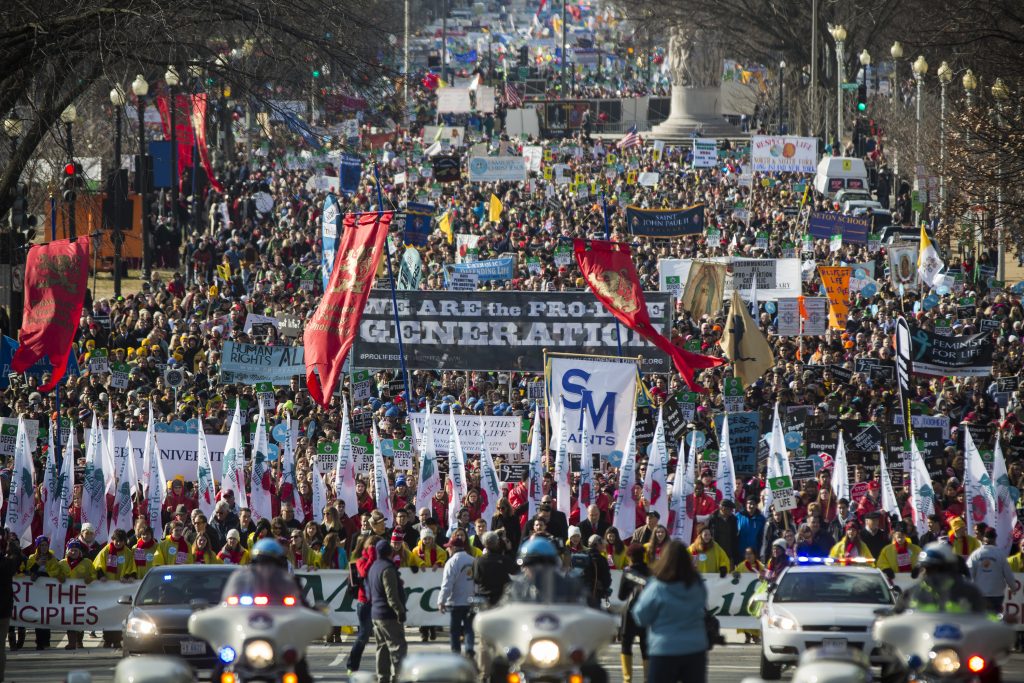 High school youth and chaperones from the Diocese of Fort Wayne-South Bend will attend the National March for Life in January. This year, Bishop Dwenger High School has been selected to carry the March for Life flags at the front of the parade. — CNS photo/Jim Scalzo, EPA

FORT WAYNE — Catholic dioceses, colleges, universities and high schools, including Bishop Dwenger High School in Fort Wayne, have traveled to Washington, D.C., each January to stand up for life through a prayerful protest known as the national March for Life.

In Fort Wayne, since its earliest days, Bishop Dwenger High School students have lived out their Catholic faith by standing for life. Years ago, the Saints for Life Club was founded, and for decades Bishop Dwenger students prayed in front of the former abortion clinic in Fort Wayne every Thursday morning at 7 a.m. Thanks to their prayers and those of many others, consistent witness for life and the work of the pro-life community in Fort Wayne, that abortion clinic closed. At the present time, there is not an abortion clinic anywhere in the Diocese of Fort Wayne-South Bend. Recently, the Fort Wayne Planned Parenthood office also closed.

In addressing the school community to share the news, Loesch noted: “While we are certainly appreciative of this recognition, we accept this responsibility with heavy hearts and great humility. We are mindful of the millions of babies who have died. We are mindful of the millions of women who have been hurt by abortion. We pray that someday soon our nation will be freed from the evil of abortion, and we will not need a national March for Life. We pray for a greater respect for life from conception to natural death.”

The next March for Life will take place on Friday, Jan. 18. Students and chaperones wishing to participate can register at www.fwsbym.com/march-for-life. 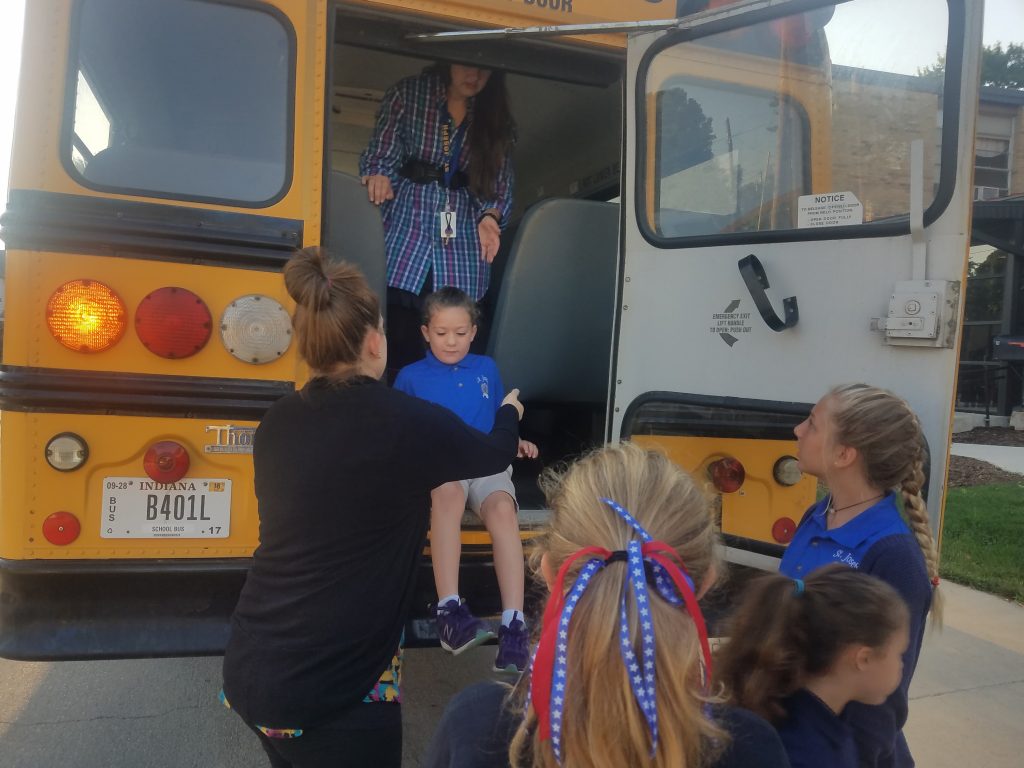 Students at St. Joseph School in Garrett participated in an evacuation drill in the event of a school bus emergency. Bob Blotkamp, bus driver, conducted the drill. St. Joseph School owns a standard-size bus that transports students in the Garrett, Auburn, Waterloo and Angola areas to the school. — Provided by Jill Hamblin