FORT WAYNE – Patty Blevins is a Senior Community Service Employment Program participant in Fort Wayne. More than anything else, she wanted to work again. After being sidelined with a disability several years ago, Blevins feels like she has been given a second chance with Catholic Charities’ SCSEP Program. She is back on her feet and in training at the Renaissance Pointe YMCA for what she hopes will lead to a steady job.

Catholic Charities of the Diocese of Fort Wayne-South Bend announced the week of Oct. 14 that it was awarded a grant of $532,507 from Senior Service America, Inc., to help give seniors like Blevins a second chance.

Originating with the U.S. Department of Labor, almost 90% of the grant will provide temporary employment to at least 102 low-income older adults living in Adams, Allen, DeKalb, Huntington, Wabash and Whitley Counties. They will participate in SCSEP, a major program of the Older Americans Act. SCSEP is the only federal government program mandated to assist unemployed older adults seeking to rejoin the workforce by working in their community.

Catholic Charities has received the annual grant since 2003.

FORT WAYNE — Worldwide Marriage Encounter sponsors World Priest Day, an annual observance intended to affirm priests in their vocation and ministry, on Sunday Oct. 27, or during the weeks preceding or following it. Catholic parishioners are encouraged to find ways to show their appreciation to priests, not only celebrating the priests they know but getting acquainted with those they don’t.

Couples in Worldwide Marriage Encounter ministry will send over 360 cards of affirmation to priests and seminarians and post “We Love Our Priests” yard signs at many parishes. For more information visit www.wwme.org. 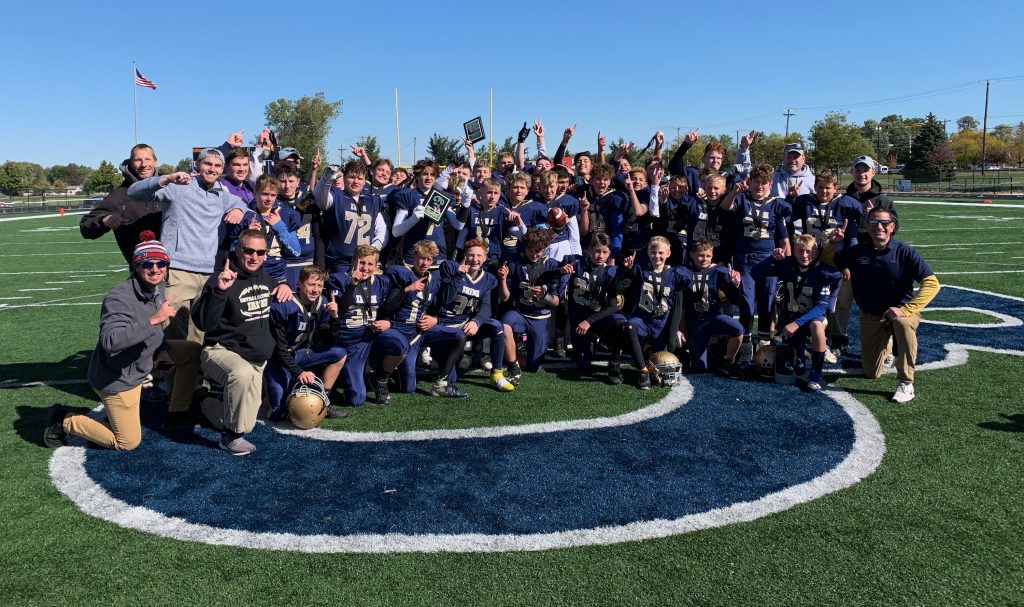 The Central Catholic varsity football team won the Catholic Youth Organization championship Saturday, Oct. 12, defeating the St. Charles Cardinals by a score of 8-6 in Fort Wayne. The team concluded the season with a perfect record of 6-0. Eighth grade members of the team have never lost a CYO game, having remained undefeated since fifth grade. — Provided by Tera Hogan