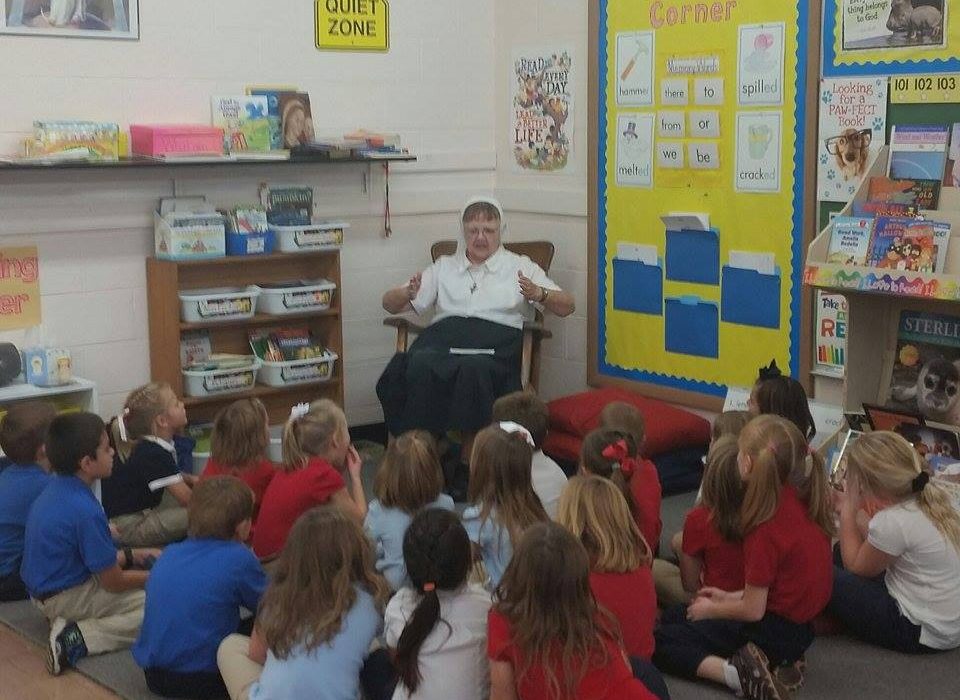 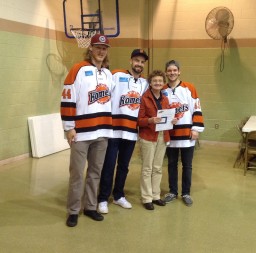 Last January, as part of the You Can Lend A Hand program, St. Mary School in Avilla won 500 free tickets to a Komets home game during the 2015-2016 season. Three Komets’ players recently visited the school and the students before the game. They presented Mary Yoder, the kindergarten teacher, with a certificate and a $100 gift certificate to be used for her classroom as a way to recognize outstanding teachers.

FORT WAYNE — Across the nation, schools are pushing for STEM (Science, Technology, Engineering and Math education) programs. These programs merge the four disciplines and create curriculum that prepares students for the current technology and science based job market. Thanks to a generous donation, Bishop Luers High School is taking the first step in creating such a curriculum with four seniors taking Engineering Roots, an online engineering course.

Math teacher Maggie Javins is the moderator for the Engineering Roots program at Bishop Luers High School. Currently four students, Ali Broom, James Slocum, Steve Moore and Alex Steffen come to school every day at 7 a.m. to work through the Engineering Roots program. The program takes them through electrical engineering work and circuitry design, computer-aided design using Autodesk Inventor (a program used by many professionals in the engineering industry), reverse engineering and product design.  The students submit their work online and receive feedback from the course creators.  The students are responsible for meeting deadlines and managing their time to complete the appropriate tasks. One of the best features of the program is that students have the potential to earn certification in Autodesk Inventor.

A goal of the course is not only to prepare and motivate students to pursue the fields of technology and engineering, but also to strengthen students’ problem-solving skills for any career path.

Javins is excited to watch this program grow. “I hope to see this program brought in-house next year. It would be wonderful to offer this as an elective to the entire student body. Those that want to be engineers will be so much more prepared as they head off to college, and it might just peak the interest of those that had never considered engineering before.” 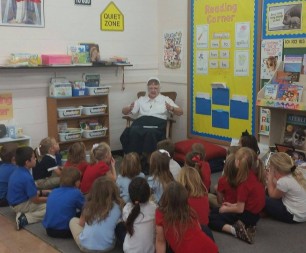 Celebrating National Vocation Awareness Week, St. Joseph Catholic School in Garrett invited Sister Jo Anne Vander Hayden as a guest speaker. She spoke about her vocation of being a religious sister and how God led her to this holy life.

Abortion, the death penalty and quality of life issues in between disproportionately impact African Americans.

Thompson is president of Urban Life Matters, an organization created to bring awareness of, facilitate healing from, and bring the value of life back from abortions, especially in urban communities across the nations conversation. Her conversation will be about life.

Thompson has a love for music, the youth and lost souls. Listening to her minister in word and song, it becomes clear that she demonstrates openly a heart turned toward God.

A native of Indianapolis, Thompson joined the Central Indiana Crisis Pregnancy Centers in 2003. It was that year she began her journey on life and healing from her abortion. Having experienced an abortion herself in her late 20s, she wanted to help other women make a better choice because there is emotional and spiritual pain after abortion. She was encouraged by the Pregnancy Center to take the post-abortion Bible study, “Forgiven and Set Free,” facilitated by the Crisis Pregnancy Center of Central Indiana.

Through the post abortion Bible study, Thompson felt freed from the guilt, shame, secrecy and depression caused by her abortion.

Serving as the director of one of the busiest Pregnancy Resource Centers in Indiana, Thompson was burdened by the many women coming to the center who said that they were Christians and deliberately chose to abort their unborn babies. She began to speak to pastors to encourage them to speak about life and God’s purpose, and to offer healing and forgiveness to men and women who have experienced abortion.

This event includes brunch and is open to all regardless of race, religion, etc. For more information, visit www.diocesefwsb.org/DBCM.

INDIANAPOLIS — Longtime Indiana itinerant abortion doctor, Dr. Ulrich Klopfer, will no longer be able to do abortions at his only remaining abortion facility, Women’s Pavilion in South Bend, Ind. The facility ceased doing abortions at close of business on Friday, Nov. 6. Klopfer dropped his appeal of the Indiana State Department of Health’s (ISDH) June decision to not renew his South Bend facility operating license. That decision came on the heels of two complaints by the ISDH to revoke his South Bend facility operating license. Klopfer was scheduled to appear before an administrative law judge starting Nov. 4, in a hearing that could have taken up to three days.

The June investigation revealed multiple additional deficiencies, including Klopfer’s failure to abide by Indiana’s 18-hour notification law that requires a woman to give her voluntary and informed consent and view the fetal ultrasound and hear the fetal heartbeat, at least 18 hours before an abortion.

Indiana law allowed Klopfer to continue doing abortions while he appealed the ISDH’s decision to not renew his operating license. 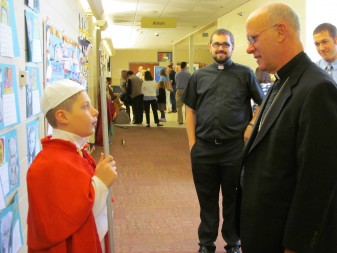 Klopfer, an Illinois resident, operated abortion facilities for decades in Gary, Fort Wayne and South Bend. Klopfer lost his Fort Wayne back-up physician with admitting privileges, required by an Allen County ordinance and state code, in December 2013, rendering him unable to do abortions in Fort Wayne in 2014 and 2015. In June, Klopfer surrendered his operating license for his Gary facility.

Despite being barred from doing abortions in Fort Wayne, Klopfer continued to see patients there and referred them to South Bend for their abortion procedures.

Even though Klopfer does not have a licensed abortion facility in the state, he still has an active Indiana medical license. However, that could change on Dec. 3 when Klopfer appears before the Indiana Medical Licensing Board. Klopfer faces an administrative licensing complaint by the Indiana Attorney General’s office of 1,833 alleged abortion-related violations. The Medical Licensing Board could strip Klopfer of his medical license or take other disciplinary action against him.

“Years of shoddy abortion practices have finally caught up with Dr. Klopfer,” said Cathie Humbarger, Indiana Right to Life’s vice president of policy enforcement. “Klopfer compromised the health and safety of women who sought abortions from him in Gary, Fort Wayne and South Bend, and we’re relieved he is finally being shut down. Hoosier women deserve better. We extend our appreciation to the Pence administration and the ISDH for refusing to sweep Klopfer’s shady practices under the rug. It’s a good day for the health and safety of Hoosier women.”

Jeanette Burdell, executive director of St. Joseph County Right to Life, stated, “No other medical facility would be able to get away with the things Women’s Pavilion has been doing for years. Women’s lives are at risk when anesthesia is administered improperly, medication is expired, staff is under-trained and infection control is lacking, to name but a few of the facility’s problems. And when abortions on 13-year-old girls aren’t reported in a timely manner as required by law, children are in danger of sexual abuse.”

“We have been working for many years to call attention to the Women’s Pavilion’s disregard for the health and safety of women in St. Joseph County, and to ensure that Dr. Klopfer and his facility are held accountable for the substandard conditions and health code violations at the clinic,” said Tom Gill, president of St. Joseph County Right to Life. “We commend all of those individuals, organizations and institutions that have worked side-by-side to bring about this positive, life-affirming and health-endorsing outcome for our community.”

FORT WAYNE — The University of Saint Francis Campus Ministry and the USF Department of Social Work will host a screening of the award-winning 2014 documentary “Adelante” on Monday, Nov. 16, at 9 p.m. The film will be shown in the Gunderson Auditorium, located in the Achatz Hall of Science on the USF campus, 2701 Spring St.

“Adelante” invites the audience into St. Patrick Church, and through portraying the lives of selected individuals — a remarkable Irish-American priest, young Mexican immigrants, and older Irish parishioners — the film shows how different communities in Norristown, Pennsylvania, have made mutual adjustments in order to create meaningful and heartfelt bonds of friendship and understanding.

“This film invites a conversation on how we welcome those persons and peoples who may be considered ‘other’ in Fort Wayne, at USF, and beyond,” said USF Campus Ministry Director Scott Opperman. “USF is honored to be the 40th college or university in the United States to host a screening of ‘Adelante.’”

The Nov. 16 screening is open to the public and free of charge.

Fall 2015 Sharathon results most successful yet

This was the 20th semi-annual Sharathon, and the first fall Sharathon with hours broadcasted from the Redeemer Radio South Bend studio. Those pledging were truly feeling the giving spirit, and this was the most successful Sharathon yet.

Over 600 volunteers and guests moved through Redeemer’s halls during the Sharathon.  Many friends came by — including priests and deacons, principals and students, religious and lay ministers, stay-at-home moms, business-owners and others. These much-appreciated contributors provided 48 hours worth of on-air fundraising, phone bank operation, food donation and pledge maintenance.

The theme for this season’s Sharathon event was “Strengthen the Family.”

CHICAGO — National Catholic Society of Foresters (NCSF), a nationwide fraternal life insurance company in Mt. Prospect, Illinois, has selected the Diocese of Fort Wayne-South Bend and six other dioceses to receive a communication grant, each worth $1,500.

The seven awardees were chosen for their innovative and engaging communication plans to connect and resonate with Catholics in today’s modern world.

The diocese will use the NCSF grant to help promote the production “Faustina: Messenger of Divine Mercy.” The production is a one-woman live performance by St. Luke Productions, based on the life and message of St. Maria Faustina Kowalska (1905-1938), a Polish visionary whose personal encounters with Jesus have inspired a devotion to Christ’s mercy. A parallel modern story within the drama will offer audiences a compelling personal connection to the current moral issues of our times.

The grant will help make this unique and powerful show accessible to over 2,000 people.