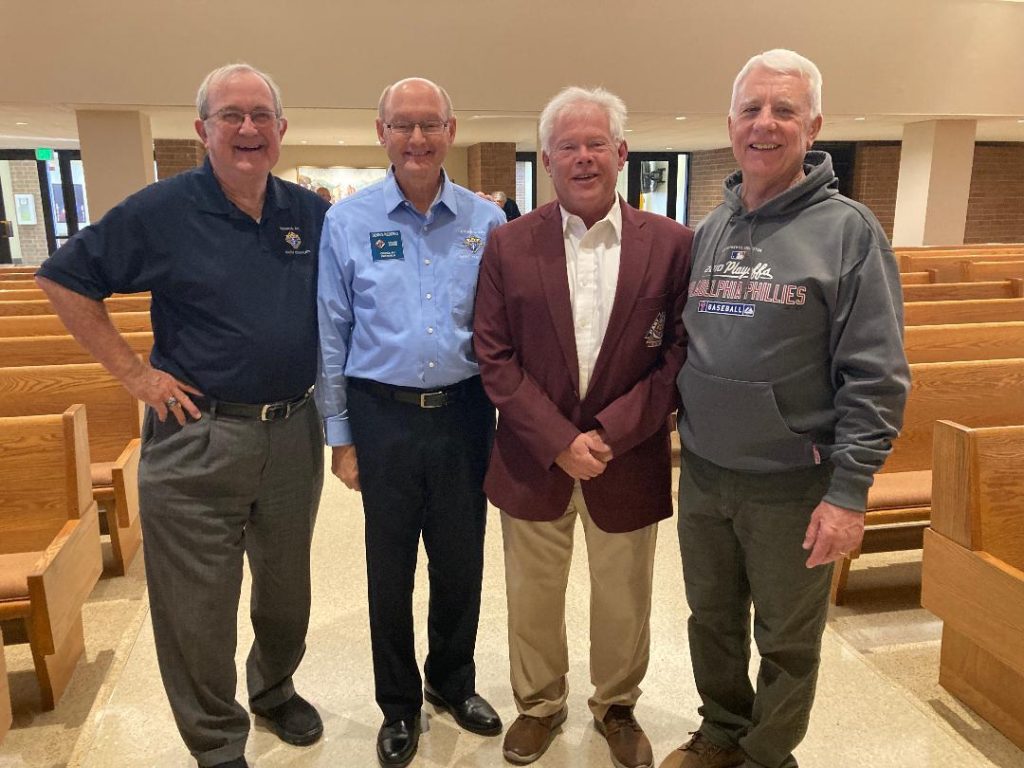 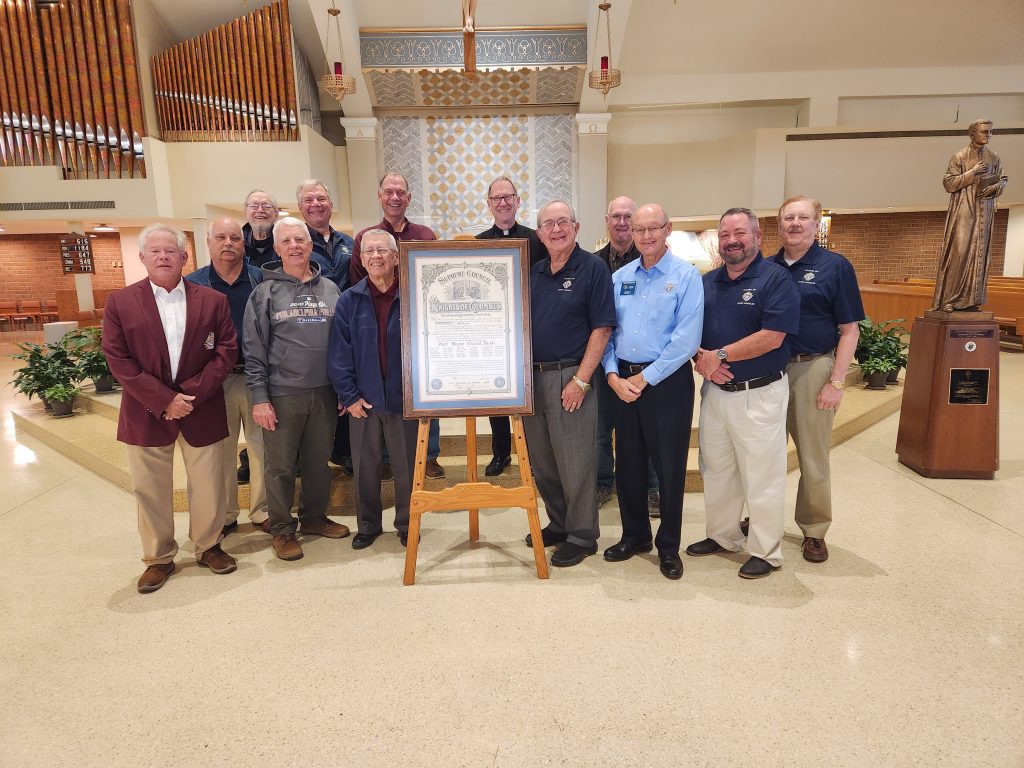 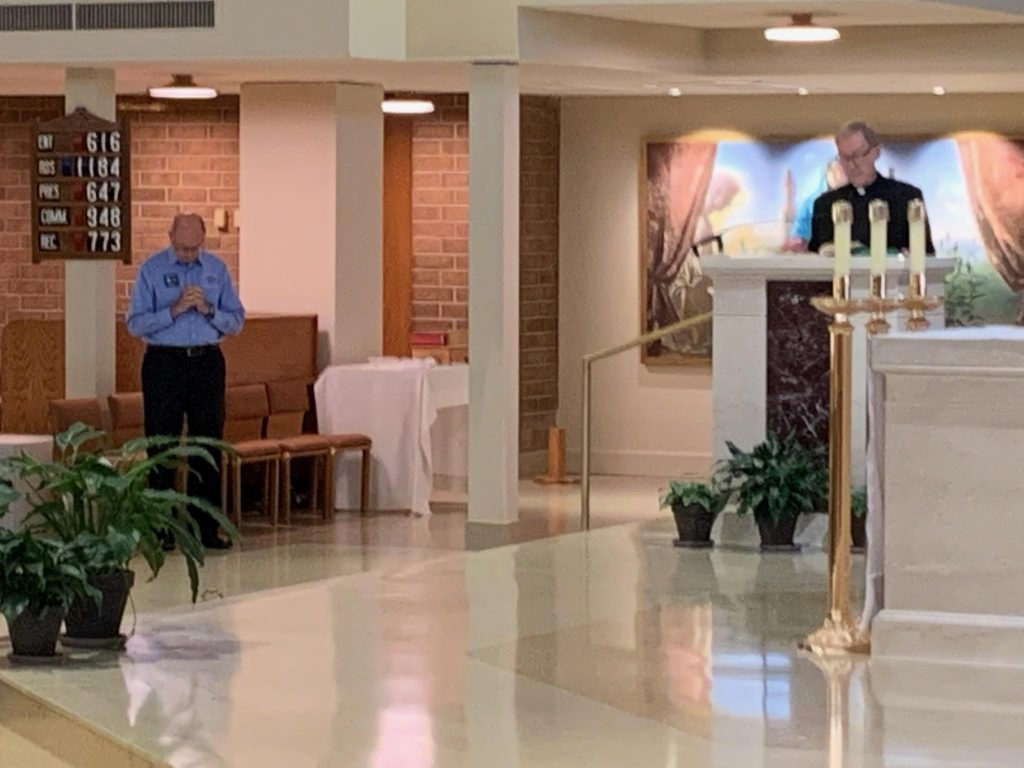 FORT WAYNE – On Oct. 15, Council 451 celebrated its 123rd anniversary. Due to the foresight of 36 local men with a desire to foster members’ pride in both their Catholic and American heritages, the council was chartered here in Fort Wayne just seven years after Blessed Michael McGivney established the Knights of Columbus in New Haven, Connecticut. Today, the council boasts a membership of more than 370 knights. Photos provided by Jim Keefer and Steve Lutz 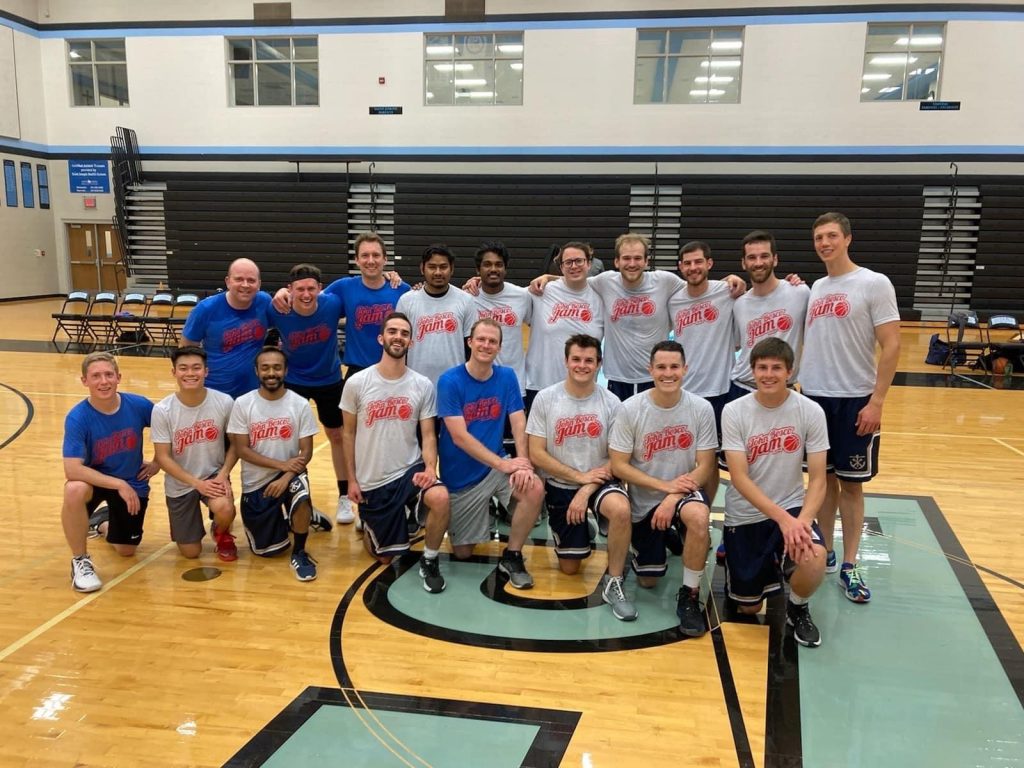 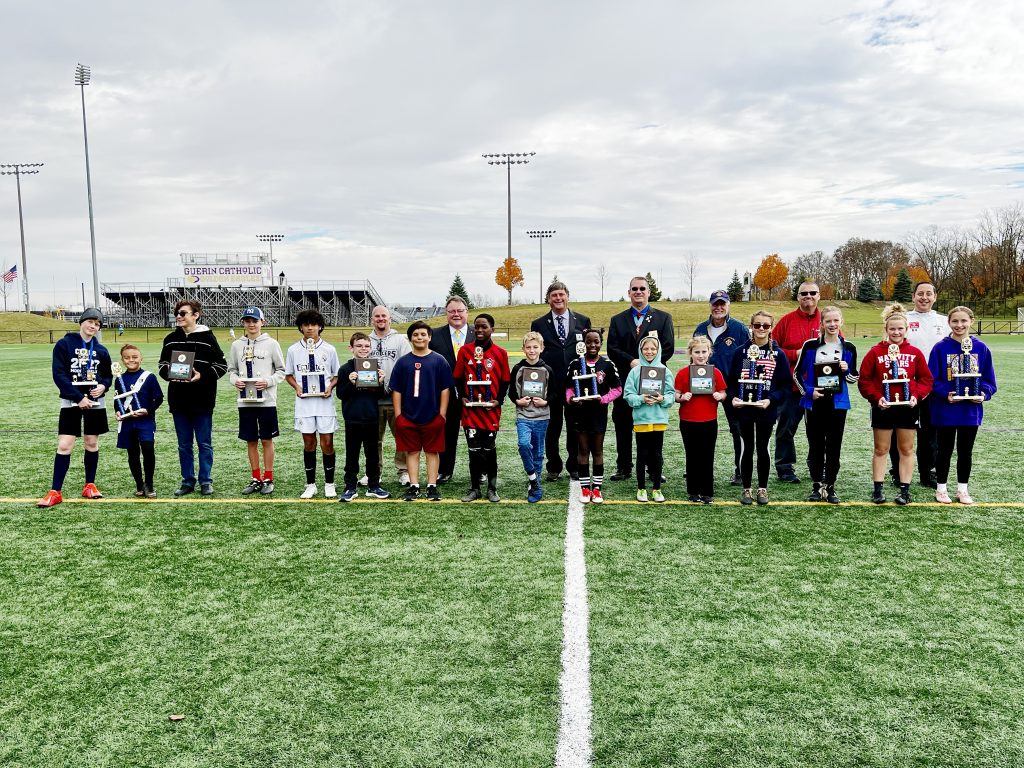 Praying for the Departed Souls 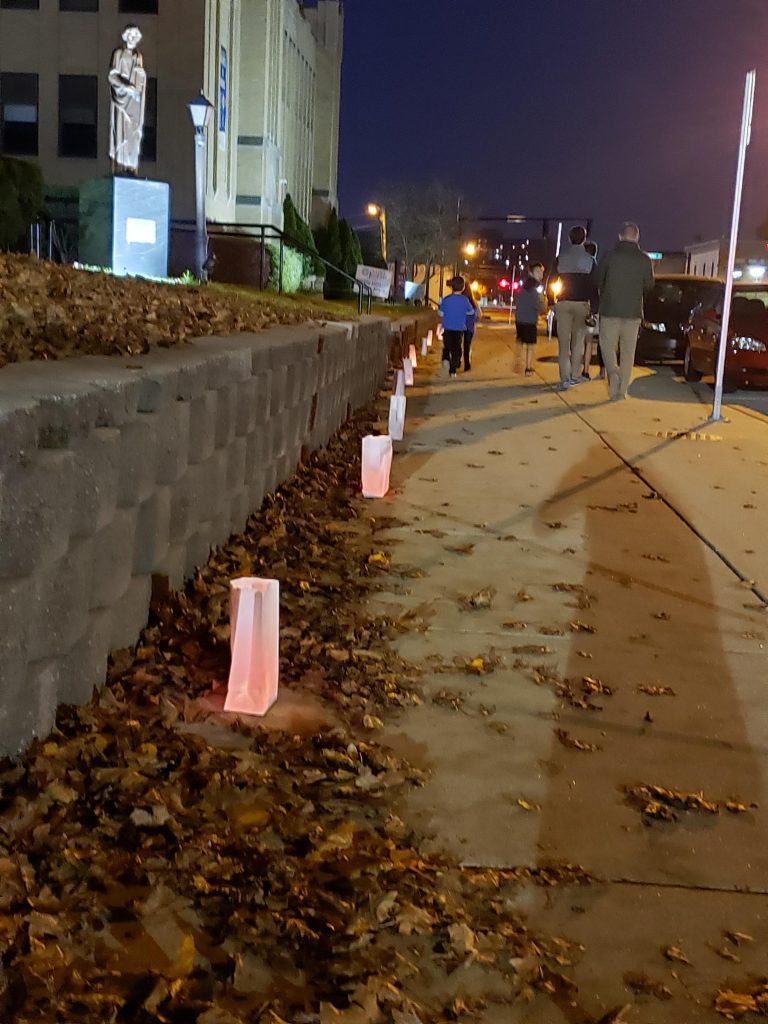 SOUTH BEND – On a beautiful All Souls’ Day in South Bend, St. Joseph Parish held an evening service with more than 100 candles lining the city’s sidewalks around the block as parishioners held a procession while praying for the dearly departed. They processed once around the city block, then entered the church to sign the memorial book of the dead and for silent prayer. Thomas Labuzienski