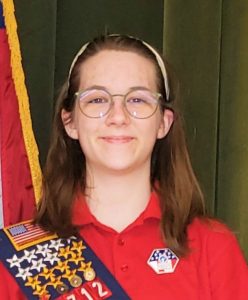 FORT WAYNE — In April, St. Vincent de Paul American Heritage Girls Troop IN3712 presented Magdalene Leach, 18, of Fort Wayne, with the highest recognition available to its girl members: the Stars & Stripes Award. She is the 37th young lady given the honor in Indiana and the second in her local troop. She is the 675th recipient nationally in AHG’s 25-year history.

For her project, she chose to work with a wedding and event ministry in Huntertown, From This Day Forward, with which she had volunteered for nearly two years. She saw firsthand the need to renovate the current boutique.

FTDF assists brides with selecting the dress of their dreams at significantly reduced cost. They provide event decorations and planning services for the budget-minded and have a garden to hold events. For her project, Leach designed a floor plan, solicited material donations, organized volunteers and installed five dressing rooms and racks for wedding dresses. She led the volunteers for five days, during which they completed all portions with over 205 service hours tracked.

As a student at Carroll High School, Leach has been active in the Writers Club and Raktavist. She participates in the Ventures Crew and National Youth Leadership Training with Boy Scouts of America. She has been the recipient of the Presidential Service Award for seven years. As a member of St. Vincent de Paul Parish, Leach serves as an Edge Core Member.

After graduation, Leach plans on studying psychology and theology. Her love for Christ will be further nurtured at Saint Mary’s of Notre Dame. She is the daughter of Matthew and Pamela Leach. 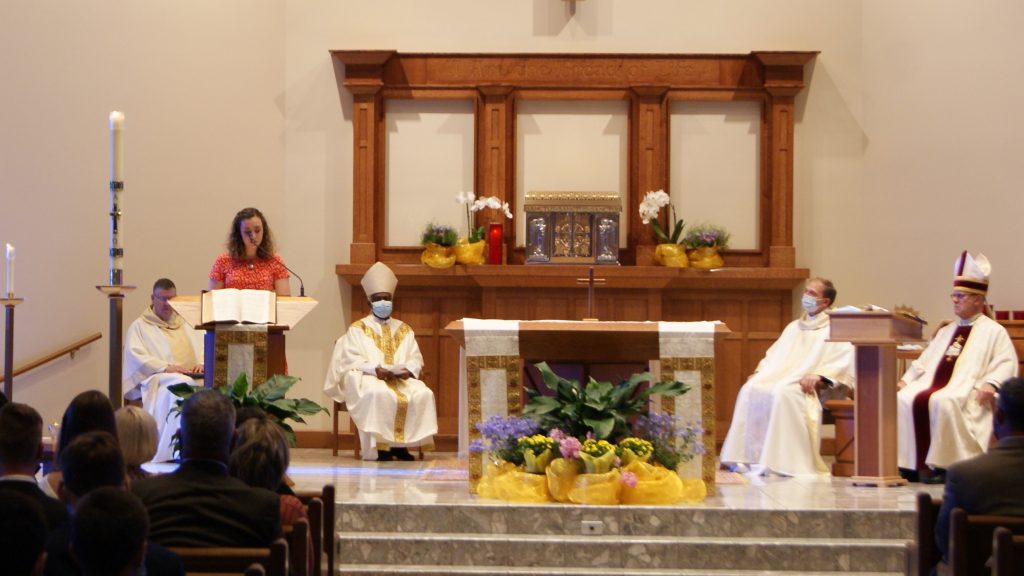 Provided by Lois Widner
Lauren Davis proclaims the readings as eighth grade students at St. Elizabeth Ann Seton Parish and school, Fort Wayne, celebrate the sacrament of confirmation Saturday, May 1,, with Bishop Kevin C. Rhoades, far right, conferring the sacrament. Cardinal Peter Turkson, from the Vatican, was present for the Mass: Also presiding at the Mass, as well as at a similar April 26 confirmation Mass with Bishop Rhoades, were Father David Voors, left, and Father Stephen Felicichia, center right. 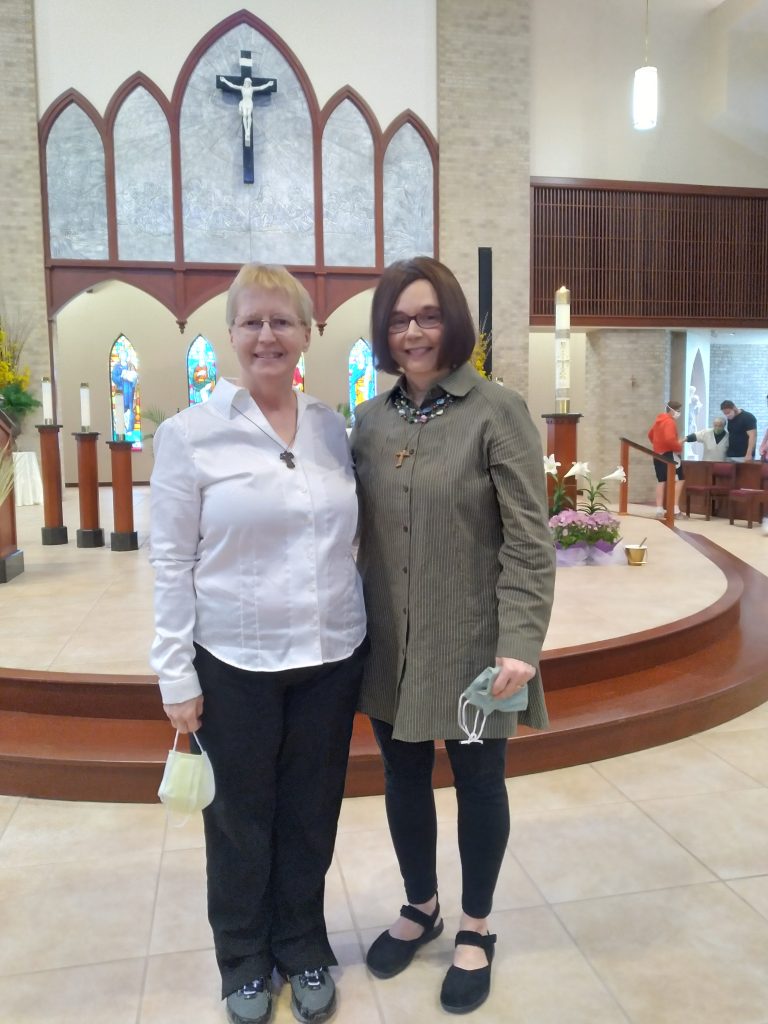