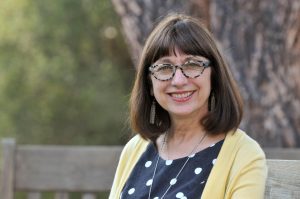 Wolf is the director of the Center for Dyslexia, Diverse Learners, and Social Justice at the UCLA Graduate School of Education and Information Studies. Previously she was the John DiBiaggio Professor of Citizenship and Public Service and director of the Center for Reading and Language Research in the Eliot-Pearson Department of Child Study and Human Development at Tufts University. She is the author of “Proust and the Squid: The Story and Science of the Reading Brain,” “Dyslexia, Fluency, and the Brain,” “Tales of Literacy for the 21st Century,” and “Reader, Come Home: The Reading Brain in a Digital World.”
At commencement, Saint Mary’s also will present an honorary degree to Dr. Keith J. Egan, the Joyce McMahon Hank Aquinas Chair in Catholic Theology Emeritus at Saint Mary’s College and guest professor at the University of Notre Dame. Egan is an international scholar on the topics of historical theology, medieval theology, Christian spirituality, mysticism, monasticism and Carmelite spirituality. He held the endowed chair position at Saint Mary’s from 1997–2006, having joined the faculty in 1983. He founded the Center for Spirituality at Saint Mary’s in 1984 and served as its director until 2002. He is a fellow in the Circle of Scholars, Lumen Christi Institute, University of Chicago, and since 1986, a corresponding fellow at the Institutum Carmelitanum in Rome.

The college’s interim president also will present the President’s Medal at this year’s commencement ceremony, to William Cushwa, a member of the Saint Mary’s board of trustees since 2011. The President’s Medal is presented rarely and exclusively to those who have offered exceptional contributions to the life of the college and society.

Cushwa retired in 2000 from Commercial Intertech Corp. in Youngstown, Ohio, having served as vice president of planning. He has served on dozens of boards and planning committees in the region and is active at Sacred Heart Basilica and is part of the Community Relations Advisory Council at the University of Notre Dame. Now on his third term on the board of trustees, he is active on several committees including the Audit Committee, the College Relations Committee, the Capital Campaign Steering Committee, Finance and Budget, Facilities and Grounds, and Academic Affairs.

SOUTH BEND — The three most famous Christian pilgrimages in the world are the Holy Land, Rome and the Camino de Santiago. A class about the Camino pilgrimage begins March 4 at the Forever Learning Institute in South Bend, located in the Little Flower Parish Center. The 10-week class begins March 4 and registration is open online at https://foreverlearninginstitute.org/sprituality-religion. The classes are Wednesdays at 12:30 p.m.

Participants in the class will learn the how, what, where, when, why and history of the Camino. Other experienced Camino pilgrims will be guest speakers and former students will call in from the Camino to talk to the class live on the video phone and answer questions.

Teacher Tom Labuzienski serves on the national board of directors for American Pilgrims on the Camino. He encourages everyone who might be interested in walking all or part of the Camino someday to attend the class and learn about what is involved.

“Almost anyone can do their own Camino at their own pace, distance, style and level,” Labuzienski said.

The Camino, in Spain, follows “the way” of St. James and has many routes of various lengths. Pilgrims choose to stay in everywhere from hostels to fine hotels to monasteries and convents. There often are daily opportunities for Mass, as one may walk past hundreds of churches. The pilgrimage ends at the Cathedral of Santiago, where it is said that the remains of St. James the Apostle are entombed. 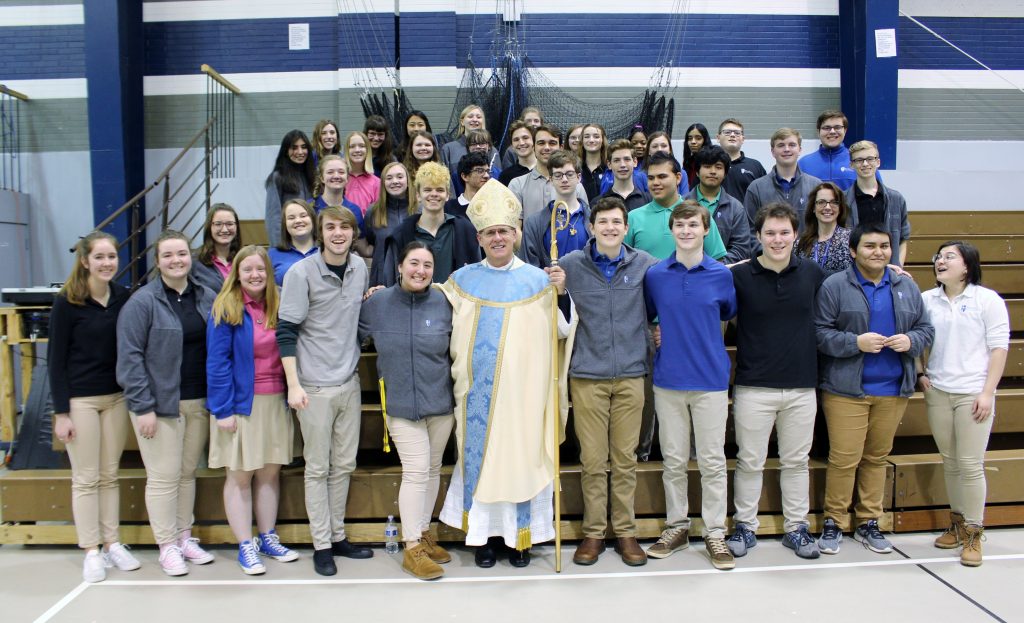 Provided by Mary Kay Dance
Members of the Marian High School choir pose with Bishop Kevin C. Rhoades after he celebrated Mass during a pastoral visit to the school Feb. 18. The choir provided vocal music for the Mass, following which the bishop spent time with several groups of students and teachers.